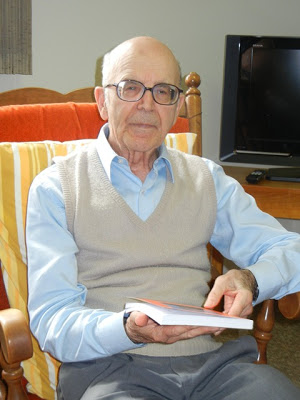 This is the farewell of old Simeon, as we read in the Gospel on the Feast of the Presentation of Jesus in the Temple, celebrated on February 2. A week before that, before going into a coma, Fr. Yvon BEAUDOIN also spoke similar words, which were his last: “I am ready”.

On the eve of the Feast of the Presentation, in tune with old Simeon, Padre Ivo was also welcomed into the Lord’s peace.

Scholastic Yvon Beaudoin came to Rome when I was not yet born. He left New York on September 25, 1947 with the ship “Nea Hellas”, to reach Naples on October 13. He left Rome to return definitively to Canada in 2009: 62 years of work at the General House, in the archives; in the postulation; at the Congregation for the Causes of Saints at the Vatican; 40 years with the Scouts… A terribly regular life. He always loved working alone within four walls, reading old documents and writing a several hundred works and articles, preparing reports for others, always remaining behind the scenes, with great discretion and humility. He catalogued all the writings of Saint Eugene, whom he learned to know and love like no other. Luckily, he had his youngsters, even though his work with them was also very structured. Many of them, today reputable professionals, remember him with great affection and always ask about him…

Once he wrote of himself: “By nature I have a sweet and pleasant temperament, but my relationships have always been limited to the essentials… My days have always been full, from 5.30 to 22.00, without stopping for breakfast, without watching television except for three or four times a week to see the news, often without dinner because I come home late from the Scouts… I have the same rhythm of life from year to year. Over the years, I have become more patient and reflective, and have usually remained calm and serene. My spirituality is that of daily duty well done, on time. I love to laugh when I am with others and make of myself pleasant company”. 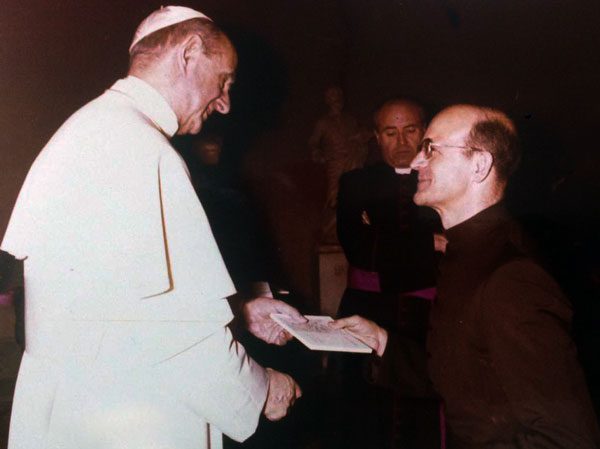 He accepted his limits, without giving up… And that is what he suggested to others when he left Rome:

“To the Oblates I wouldn’t say so much to “evangelize”, to “be full of zeal”, they’ve always been so; I’d rather say what Saint Eugene said: “be religious”, “be regular” and “work to become saints”. This insistence of the Founder on the life of prayer, on fraternal charity and on perseverance towards holiness, I have highlighted in all the introductions I wrote for the various volumes of his writings! The role of formators is to ensure that the Oblate charism and traditions of the Congregation are transmitted to the new generations of the Oblates of Mary Immaculate”.

Here is his story in his own words:

“I was born in Lac-à-la-Tortue, Champlain County, Canada, on March 19, 1926. I left for Ottawa alone by train, where I arrived at the Juniorate on September 3, 1941. I entered the novitiate at Richelieu in mid-July 1946, with the first of four groups of 40 scholastic novices that year.”

“From 1947 to 1953, I was at the Roman scholasticate on via Vittorino da Feltre. When in the fall of 1953, Father DESCHÂTELETS (Superior General) asked the Scholasticate Superior for two scholastics to make an index of the names of persons, places and subjects of Bishop de Mazenod’s writings; I think Father Jean DROUART had little hesitation in choosing me and Brother (Mathias) Menger. We worked at the postulation office from November 11, 1953 until June 1955. We made about 50,000 files; I then continued on my own, in my spare time, until 1967, to arrive at around 70,000 files.” 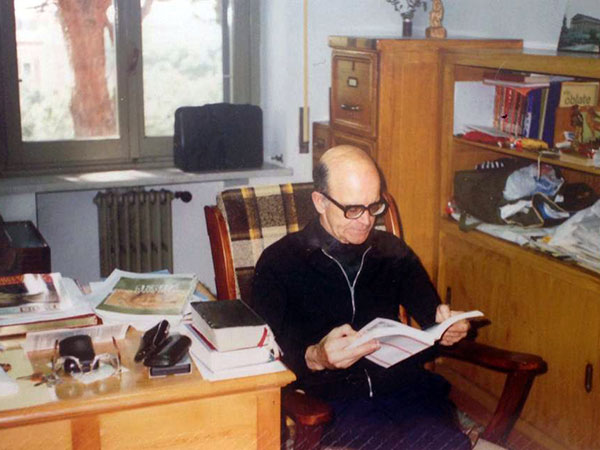 In his room in the OMI General House, where he lived for many years. (Photo: omiworld.org)

“I officially ceased my work in the Vatican in 1996, at the age of 70, although I still had an office there until I finished the last Positio in 2002. When I left at the age of 70, I was awarded the medal Pro Ecclesia et Pontefice.”

“I was the General Archivist from 1983 to 1993. In this capacity, I had to prepare each year the publication of the Acta Administrationis generalis.”

“From 1977 to 2003, I prepared and published 22 volumes of Oblate Writings (letters, spiritual writings and the diary of Bishop de Mazenod) and 5 volumes of its second series (Tempier I&II, Gérard I&II, Casimir Aubert). From 2000-2002, I practically prepared alone the first volume of the Dictionary of Oblate History.”

Another area of work of Fr. Yvon was the youth, with whom he worked continuously since 1964, especially with the Scouts: “I loved this apostolate very much and the youth always understood me and held me in high esteem”.

“Eugene de Mazenod 101” – an online course
Provincial of the Province of Haiti reappointed.