The visit of the Superior General 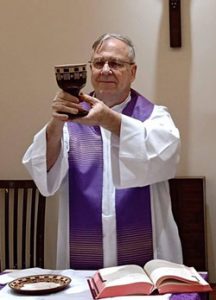 Fr. Louis LOUGEN, the Superior General of the Missionary Oblates of Mary Immaculate, is now in Brazil, visiting his Oblate confreres in the Province. The pastoral visitation, which began on February 26, will last for 30 days, before his eventual return to Rome on March 26. 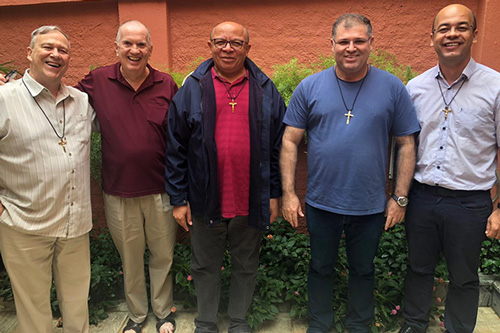 With the Provincial Council

A citizen of the United States by birth, Fr. Louis worked in Brazil for 17 years, until he returned to his country of origin in 1996 and continued his missionary life there. He served as Provincial of the United States Province from 2005 to 2010 until he was elected to the position of Superior General of our Congregation during the 35th General Chapter.

The purpose of his visit to the Province of Brazil is to get to know more about the development of its missionary activities, and thus prepare us for the Joint Session of CIAL, (Union of Latin American and Caribbean Oblates) and the Oblate General Government, which will take place in Mexico next August. 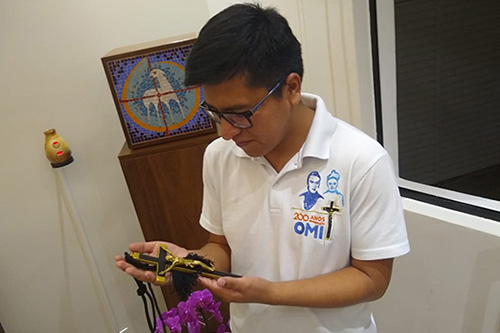 A scholastic holding the Oblate Cross of St. Eugene which is handed over from one Superior General to the other.

On Brazilian soil, Fr. Louis will have the opportunity to visit all the Houses of Formation, talking to the seminarians and formators, and find out more about the commitment of our young people to learn about the Charism of our religious family.

He will also have the opportunity to meet the Oblates in all four Districts of the Province. Thereby, the Superior General will have first-hand experience of the pastoral involvement of the Oblates in the evangelization of the God’s people. 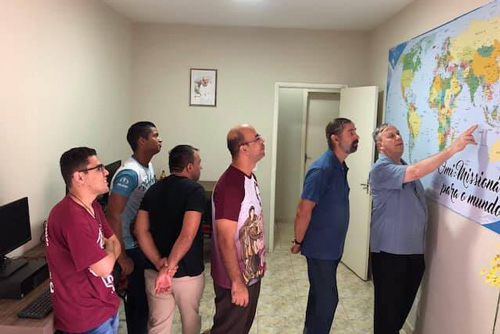 “Where do you want to go as a missionary?”

This visit of Fr. Louis Lougen in our country comes at a very opportune moment, considering that this year we are celebrating 75 years of Oblate presence on Brazilian soil. It was in 1945 that the first four American Oblates arrived here, bringing all their missionary enthusiasm and willingness to carry out the mission of St. Eugene de Mazenod.

Fr. Louis already had the opportunity to meet with the Provincial Council of the Province of Brazil, from 27 to 29 February 2020, and together they discussed the future of the Oblate mission on Brazilian soil.

May God, St. Eugene, and Mary Immaculate help us, so that with our missionary efforts we will continue to collaborate with the Superior General and his Council to evangelize the poor and the most abandoned!

The Cry of the Earth and the Poor, and not the Ordination of Married Men
Should coronavirus stop us from doing what we ought to do?