Appointment of the Apostolic Vicar of Jolo, Philippines 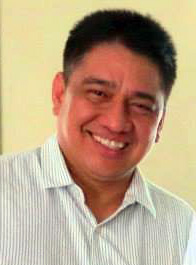 Rev. P. Charlie M. Inzon O.M.I., was born November 24, 1965 in Putiao, in the Diocese of Sorsogon. From 1988 to 1993, he studied Philosophy at Notre Dame University, Cotabato City, and from 1993 to 1994, Theology at Loyola School of Theology of the Ateneo de Manila University, Quezon City, obtaining his Master’s degree. From 2002 to 2008, he continued his studies at the same Institute, obtaining a Doctorate in Psychology.

He entered the Congregation of the Missionary Oblates of Mary Immaculate in 1982 and made his perpetual profession on September 8, 1990.

After priestly ordination, he held the following positions: