On April 1, 2020 the Holy Father has accepted the resignation presented by Archbishop Jabulani Adatus Nxumalo, OMI from the pastoral care of the metropolitan Archdiocese of Bloemfontein, South Africa.

He submitted his resignation to the Pope on reaching the age of 75 years. Until his resignation, Archbishop Jabulani was one of the four active OMI Bishops in South Africa, a country with a longstanding Oblate history. 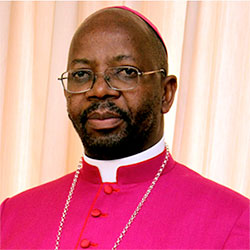 At the same time the Pope appointed Mgr. Zolile Petros Mpambani, SCJ as the new Archbishop of Bloemfontein. The Archbishop-elect has been serving as the Bishop of Kokstad since 2013.

Archbishop Jabulani was born in Durban on January 27, 1944. He made his first profession as an Oblate in 1966. A part of his formative years was spent in Rome where he completed a Licentiate in Missiology. He was ordained a priest on 2 September 1974. As a priest, he served as Dean of Studies, lecturer and formator at St Joseph’s Scholasticate when Mgr. Zolile Mpambani SCJ was a scholastic there. 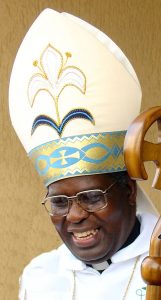 In 1998, he was appointed provincial of the Province of Natal, South Africa and after six months, he was elected General Councilor for the Africa-Madagascar Region during the 33rd Oblate General Chapter.

On 8 July 2002, Pope John Paul II appointed him auxiliary bishop of Durban. On 10 October 2005, Pope Benedict XVI promoted him to be the Metropolitan Archbishop of Bloemfontein.

He has also been the representative of the Southern African Catholic Bishops Conference to the International Commission on Liturgy.

Appointment of the Apostolic Vicar of Jolo, Philippines
Everything will be fine.