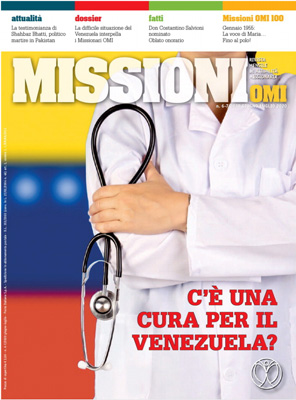 Missioni OMI is a missionary magazine published by the Oblates of Mary Immaculate in Italy. Founded in Naples in 1921, it is going to celebrate 100 years of proud existence in 2021.  This year, the magazine will carry many special segments in view of its centenary celebrations.

It hosts a column written by Bishop Wilhelm STECKLING, Bishop of Ciudad del Este in Paraguay and the former Superior General (1998-2010). As 2020 also marks the sixtieth year of the disappearance of the Blessed Italian Oblate Mario Borzaga in Laos, the magazine carries a series of interviews done by Paolo Damosso (author of the most recent biography on Blessed Borzaga) with those who were closely associated Blessed Borzaga.

In recent years, the magazine concentrated more on the Oblate missionary activities undertaken by the Mediterranean Province. Among them were numerous articles on youth activities and the mission with young people. Pages were reserved in each issue for the Costruire Youth Movement (MGC), and the pastoral ministry of vocations with interviews with all the young Oblates of the province who had been ordained priests. Other such themes are the pastoral care of migrants and the unification of the Oblate provinces of Spain and Italy. It also carries articles on various topics that interest the congregation: the OMI General Chapters, the bicentenary of the Oblate congregation, and the year of prayer for vocations. There is also no lack of articles in the magazine on the life of the Church and Society.

In addition to recounting missionary current affairs, Missioni OMI is an extraordinary tool for documenting the Oblate commitment to evangelization in Italy and in the nations that are traditionally linked to Italian Oblate history: Laos, Indonesia, Senegal, Uruguay, Romania, Guinea Bissau, as well as the United States, Canada, South Korea, Thailand, China, Venezuela, etc. 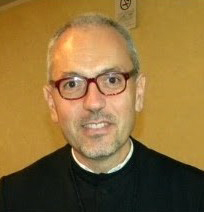 The current editor, Fr. Pasquale CASTRILLI, wrote in the editorial of the January-February 2020 issue:

“We the Italian Oblates do not have a great tradition in communications, but this magazine (and for about ten years the website omimed.eu and social media profiles) are our only business cards, the only presence in the world of communications where we often express ourselves quickly and superficially. Our footprint in Italian society is really small, our readers are only a few thousand, but we can continue to search, intercept, meet, give space, evangelize”.

Missioni OMI reaches a worldwide audience who read Italian. For some years now, it has been possible to also receive the magazine by subscription in its digital version. The site www.missioniomi.it contains information on the contents of the magazine and how to subscribe.

The other side of social distancing
Postulation Committee: a new family is born