Iona College, situated in the Archdiocese of Brisbane, Australia, will name its new Gathering Space “Provence Centre”, after the Provence region in France, the birthplace of St. Eugene de Mazenod, founder of the Oblates of Mary Immaculate.  The name Provence brings with it recognition of St. Eugene’s contribution to the Iona culture. The expected project completion date is May, 2021.

The College is reputed in the Archdiocese as a school that seeks to provide a dynamic Catholic learning community within the Oblate spirit, so that its members are faith-filled, resilient, courageous, well-balanced and prepared to make a difference.

A bit of History of the College

The great influx of migrants after World War II had placed overwhelming pressures on the Catholic Education system and, in the mid-1950s, the Missionary Oblates of Mary Immaculate received many invitations to open schools in various dioceses throughout Australia. 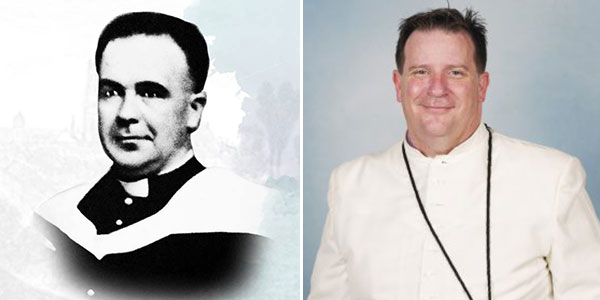 The Oblates had very little money for a venture into education. However, Archbishop Sir James Duhig promised them a gift of land if they would establish a boys’ college in his diocese. Cambridge graduate Fr. Tim LONG had arrived in Australia from the then Ceylon (Sri Lanka), where he had been Rector of St. Patrick’s College, Jaffna. Together with the then Oblate Provincial in Australia, Fr. Edward (Ned) RYAN, he accepted the Archbishop’s offer. With his colleague, Fr. Denis MCCARTHY, he got the site and its sparse buildings ready for a school to start on 28 January 1958.

Fr Michael TWIGG is the present Rector of the College.

Oblates facing the pandemic, with faith and courage.
Liturgical reception for the Most Rev Mark Edwards OMI