On September 25, 2020, the Holy Father has accepted the resignation of Bishop Jean-Claude Bouchard, OMI from the pastoral governance of the Diocese of Pala (Chad). Coincidently, the day also marked his 80th birthday. 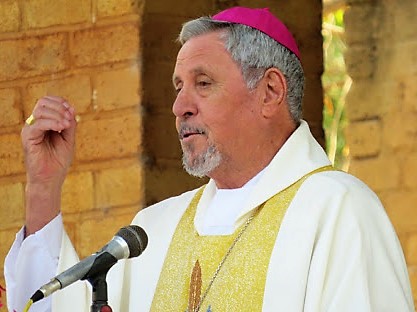 Bishop Bouchard was born in the village of St. Eloi in Quebec, Canada, to a devout Catholic family on 25 September, 1940. What attracted him to the Oblates as young boy was their commitment for the poor and the marginalized. Once, he revealed in an interview, “Had I not entered the Oblates, I would have found a profession that would have permitted me to serve the poor in one way or the other”.

After completing the Novitiate, he arrived in Rome to be a member of the International Roman Scholasticate (IRS) in 1960. “J C” (as he was known in the Scholasticate) was one of the volunteers from the IRS who went to help out in Florence after the floods of 1967.  During his regency, Fr. Léo Deschâtelets, the Superior General, asked him to go as a missionary to Chad to teach at and administer the school of Moulkou, Chad.  Coming back to Rome after two years, the heart of the young Jean-Claude Bouchard was firmly fixed on Chad and, as a result, he expressed to the Superior General his willingness to return to the central African nation. After being ordained as a priest in August 1969, he received his first obedience to Chad, as expected.

Fr. Bouchard was just 36 years of age when he was appointed Bishop of Pala on February 26, 1977. Since then he remained in that position until his resignation, 43 long years. His services are well recognized and appreciated by the faithful, especially the hard work he put into the building up of a real ‘local church’.

Bishop Bouchard participated in the Third Extraordinary General Assembly of the Synod of Bishops, the first of two synods popularly referred to as the Synod on the Family, which was held in Vatican City from  October 5-19, 2014. He also was the president of the bishop’s conference of Chad for many years.