In the April 2021 issue of the “International Bulletin of Mission Research”, Fr. Willi Henkel, O.M.I., was recognized for his many years of missionary research. Below is another appreciation of Fr. Willi’s achievements written by Fr. Thomas Klosterkamp, OMI, now Professor at Oblate School of Theology. 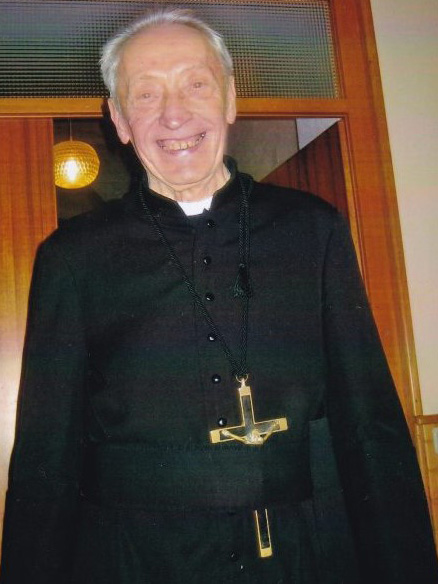 Wilhelm Josef HENKEL, usually known as Willi, was born on 17 January 1930 in Wittges in the county of Fulda, Germany. Apparently, as a child, he showed interest in the Catholic priesthood. In fact, he wanted to become a missionary priest.

Willi knew the Hünfeld Oblate community, less than 20 km away from home, from childhood. Therefore, it is not surprising that Willi chose the Oblates. On April 25, 1952 he took his first vows as an Oblate.

Bro. Willi Henkel was sent to Rome in the summer of 1952 to study at the International Scholasticate of the Oblates.  His memoirs read: “In Rome I lived in a community of about 100 Oblate students from all over the world. The Second World War was only seven years over. Yet, as a German, I experienced a great fraternal spirit …”  In 1955 he obtained a licentiate in philosophy from the Pontifical Gregorian University, followed by a licentiate in theology in 1959.

On November 1, 1960, the young Fr. Henkel was sent to study Missiology at the Westfälische-Wilhelms-University in Münster. Fr. Henkel was ordered back to Rome before graduation, on May 9, 1965.  In the General House of the Oblates in Rome Fr. Henkel initially acted as a formator in the International Scholasticate and as coworker in the Mission Secretariat of the General Administration.

With the sudden death of the Archivist of the Pontifical Congregation for the Evangelization of Peoples, Fr. Dr. Nikolaus Kowalsky, OMI (1911-1966), on June 6, 1966, a successor had to be found for the Vatican editorial team of the missionary records “Bibliotheca Missionum” and “Bibliografia Missionaria”. The choice was made for the 36-year-old Fr. Henkel. Willi Henkel thus entered a long German Oblate tradition of missiologists.

On June 1, 1972, he was appointed Director of the Library of the Pontifical Congregation for the Evangelization of Peoples. Between 1979 and 1980, Father Henkel, as the new librarian, carried out the transfer of the library from the historic Palazzo di Propaganda Fide in Piazza di Spagna to a new library building at the Pontifical Urban University on the Gianicolum hill. In the new building, Fr. Henkel had merged the two libraries of the “Propaganda” and the “Urbaniana“. 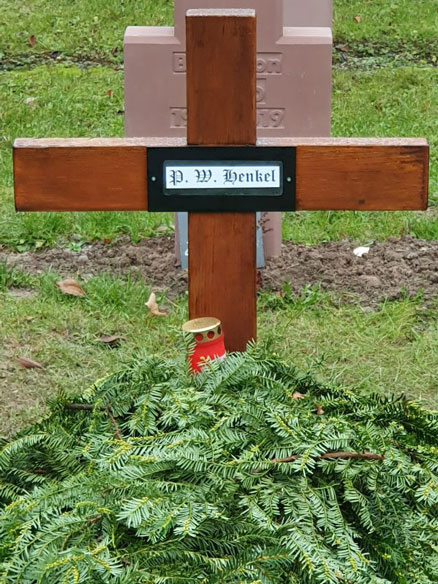 The second modernization project, which Fr. Henkel was responsible for in 1993/1994, was the digitization of the library.  By 2004, more than 100,000 titles were accessible digitally. This process facilitates the use for the university studies immensely, since the Urbaniana has a number of affiliated seminaries and educational institutes worldwide, especially in the so-called mission countries.

Fr. Henkel’s personal bibliography included, between 1968 and 2008, more than 90 articles on current mission topics, missiological research, mission history of the Oblates, the theology of Henry Newman, as well as the missionary history of Latin America and the Vatican. In 1991, Fr. Henkel was appointed consultant of the Congregation for the Causes of Saints.  Here he worked among other things, on the beatification cause of John XXIII (1958-1963).  He was also a founding member of the Advisory Board of the Journal for Media, Ethics and Communication in Church and Society, “Communicatio Socialis”. At the same time, he was a scientific advisor to the “International Biographical Centre Cambridge”. He was a member of the “International Association for Mission Studies” from 1980 to 1990. He also held memberships in the “Society for History of Councils”, the “International Institute for Mission Research”, the “International Association of Catholic Missiologists”, and the “Roman Institute of the Görres Society”. In 1980 and 1988, he organized two international missiology congresses in Rome at the Urbaniana University.

Fr. Henkel was also awarded various honors. He was an honorary member of the “German Society for Missiology”. In 1990, he was decorated with the “Order of Merit of the Federal Republic of Germany”. On December 8, 2000, he was awarded an honorary doctorate from the Catholic University of America in Washington D.C., USA, together with Fr. Josef Metzler, since 1984 Prefect of the Pontifical Secret Archive. On 29 July 2001, Fr. Henkel was made an Honorary Knight of the University of Salta in Argentina.

At the end of 2000, Fr. Henkel retired. His health had been in poor condition since 1996.  However, until the end, he took an active part in community life. When the COVID-19 virus reached the Oblate-community of Hünfeld on November 14, 2020, Fr. Henkel was one of the first infected. Due to his advanced age, he was not able to cope with the disease. He died on November 19, 2020, just before midnight.

Year of St. Joseph
All Around the World Oblates Are Going Green