75 years of missionary presence and action: a brief historical overview 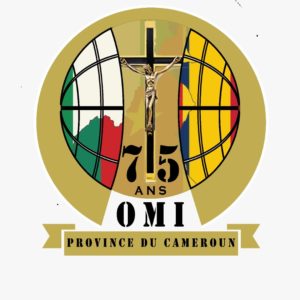 This year, the Province of Cameroon celebrates its 75 years of missionary presence and action under the theme “Let us go forward with hope”. 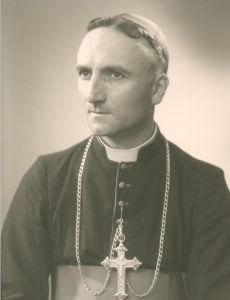 This missionary adventure began on 21 March 1946 when the Sacred Congregation for the Propagation of the Faith (Propaganda Fidei) contacted Fr. Hilaire BALMÈS, OMI, then Vicar General, who was leading the Congregation. He welcomed the offer and contacted the provinces of France, who were in favor of making some valiant and enthusiastic Oblates available to the new mission for the cause of the Gospel.

Thus, on May 4, 1946, the first team destined for this Cameroon-Chad Mission was formed. This new Mission was under the direct authority of the General Administration and had Fr. Yves PLUMEY, OMI, as its Superior. He was invited to Rome to receive instructions from the Propaganda Fide. 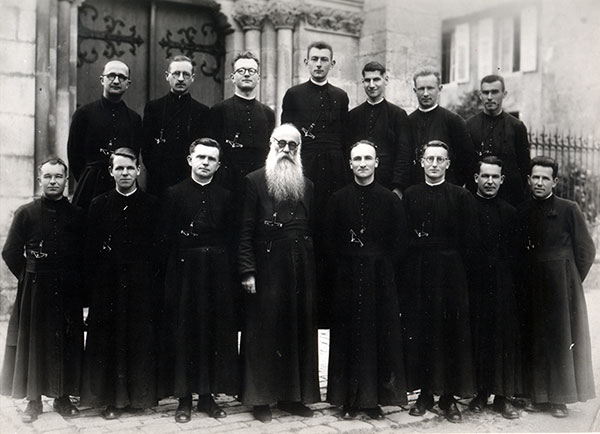 The 1st team in July 1946 around Father Perbal, preacher of their retreat before the great departure

This first team, in preparation for the departure into the unknown, made a spiritual retreat from 21 to 28 July 1946, which was led by Fr. Albert PERBAL, OMI, missiologist and professor in Rome. Before their journey, Fr. Plumey went to Lisieux to entrust the mission that awaited them to Saint Theresa, Patroness of the missions.  Then, he travelled, first by plane, on 14 August 1946, and landed in N’Djamena in Chad. His confreres followed him by boat. They embarked in Marseille on August 15 and disembarked in Douala on October 16, after two months at sea. Fr. Plumey went to Douala to welcome his brothers. 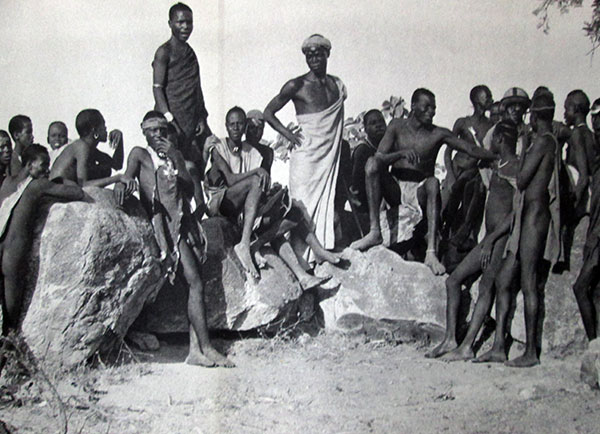 Animist people of the far North, open to the Gospel

This team of young Missionary Oblates of Mary Immaculate celebrated the solemnity of Christ the King  for the first time in the territory entrusted to them on October 27, 1946 . On their knees, they recited the litanies of the Sacred Heart and the consecration to the Sacred Heart to entrust their new ‘home’ to the Lord. 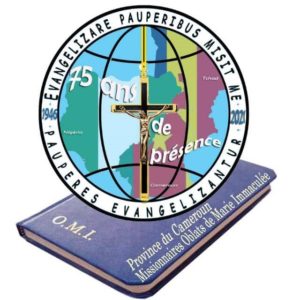 In his missionary pedagogy, Father Plumey recommended “wisdom and prudence” to his brothers, and he himself showed openness to dialogue with traditional religions and Islam. We can say, by looking at the fruits, that it has favoured a peaceful cohabitation between religions. Since then, the seed of the Gospel has taken root in this part of the world, and we can only give thanks to God who works wonders.

In short, during the past 75 years, our Oblate predecessors tirelessly proclaimed the Good News of Jesus Christ and gave rise to a people of faith. And those seeds they planted continue to grow  today. It is up to us today to “go out into the deep with hope”.