“The feast is over, and now the house must be tidied up…”. 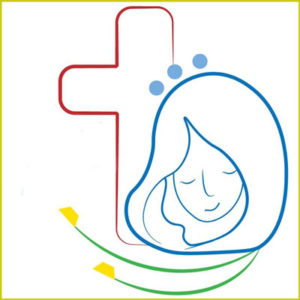 I still remember the year 2019, when those of us who were asked to animate the OMI Laity at the level of CIAL (Interprovincial Conference of Latin America) thought of activities such as a music festival and many other interesting things… It was a complete failure! But, that was how it all began.

Blessed be God who brings good out of evil, for it was thanks to the pandemic, that we were forced to have videoconferences, online courses, and live transmissions, in order to continue with our work and pastoral missions. Thus, we were able to meet with representatives of the various countries in this region where there are OMI missions. Ideas were put together, we began to look for formation together, we had the possibility of dreaming together according to the realities and concrete needs of each community.

It was thus that, after a long journey, the 1st ASSEMBLY OF THE OMI FAMILY OF LATIN AMERICA AND THE CARIBBEAN finally took place on April 24, 2021. Its synodal character allowed it to be carried out with the contribution of all the people who belong, in one way or another, to the OMI Family of the Latin American region. Committees were formed, and they contributed their time, resources, sweat and tears to make the event possible and successful.

Each committee had a specific task: making promotional videos, composing songs and music, organizing liturgy, programming, coordinating, animating, transmitting through social networks, and managing three zoom platforms from Peru, Rome and Chile. There were also those who did presentations, those who did translations, those who took notes and systematized what each team discussed, and any questions raised. There were those who encouraged people to sign up, those who lent their internet facility or broadcast the event in alternative ways when there were technological problems. 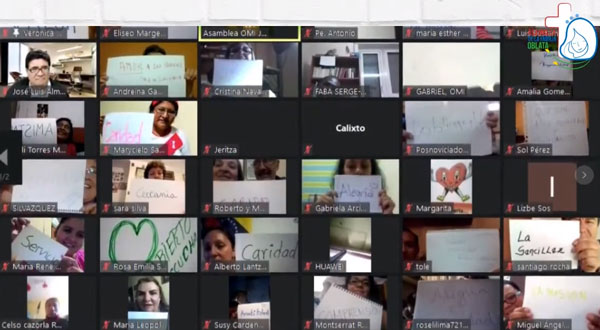 Blessed be God who at this time once again performed the miracle of the multiplication of the loaves and fishes, because the baskets were passed around and each person put in his or her own… for the feast.

But what was the purpose of having this “feast”? Was it just to get to know each other, living in different communities and countries, and nothing more? No, there was more to it. Once a feast is over, we have to put the house back in order, and collect the “leftovers”. This time we are doing it together, since the proposals, thoughts, options and objectives of each working team are being collected, in order to make them known in a final synthesis document. We hope to “walk together as an Oblate family”, because this feast was only the starting point of the SYNODAL WAY, a way that is being rediscovered in the Roman Catholic Church, so that we as Church assume the mission among all – not to “help the poor little nun or the priest” nor to allow them “to do everything in the community without letting anyone else participate”. As Pope Francis, said in his visit to Chile in 2018:

“…we do need you to challenge us; the Church needs you to throw away the old-age identity card, the spiritually grown-upness, and have the courage to tell us: “I like that; this is the way I think we need to go; this doesn’t work, this is not a bridge but a wall, and so forth”.

Many challenges are coming, there are new paths to build, realities to attend to, and others to unveil. We need to face our fears and demolish our archaic practices, to allow ourselves to be shaped by the Holy Spirit. Perhaps, because this is a prophetic path, we have to tear down and build, as God pointed out to Jeremiah, not by a destructive conflict but by deconstruction, a term that is often heard nowadays and to which it is good that we pay attention as an Oblate family. We can do so only by being “always close to the people”, or, as Brother Bishop and Argentine martyr Enrique Angelelli said: “One ear in the Gospel and the other in the People”.

A world is open to us, a blank canvas, with the colours of Latin American joys and cries. Mother Mary, pray for us, so that we shall be faithful to your Son and thus do “whatever He tells us”.

New website of a future Cause!
Project “Garbage Bank”