For a Synodal Church: Communion, Participation, and Mission

XVI Ordinary General Assembly of the Synod of Bishops

Documents for the Church’s forthcoming Synod on Synodality were issued by the General Secretariat for the Synod of Bishops at the Vatican on September 7, 2021.

The Secretariat issued its preparatory document and a Vademecum (handbook) to assist local dioceses and Churches ahead of the first phase of the multi-year Synodal Process for the global Church. They would indicate the guiding principles that will direct the path of the Synod on Synodality. By convening this Synod, Pope Francis invites the entire Church to reflect on a theme that is decisive for its life and mission: Synodality.

The term ‘synodality’ denotes the particular style that qualifies the life and mission of the Church, expressing her nature as the People of God journeying together.

The entire People of God shares a common dignity and vocation through Baptism. All of us are called in virtue of our Baptism to be active participants in the life of the Church. In this sense, synodality enables the entire People of God to walk forward together, listening to the Holy Spirit and the Word of God, in the communion that Christ establishes between us. In that sense, ‘a synodal Church’ walks forward in communion to pursue a common mission through the participation of each and every one of her members. 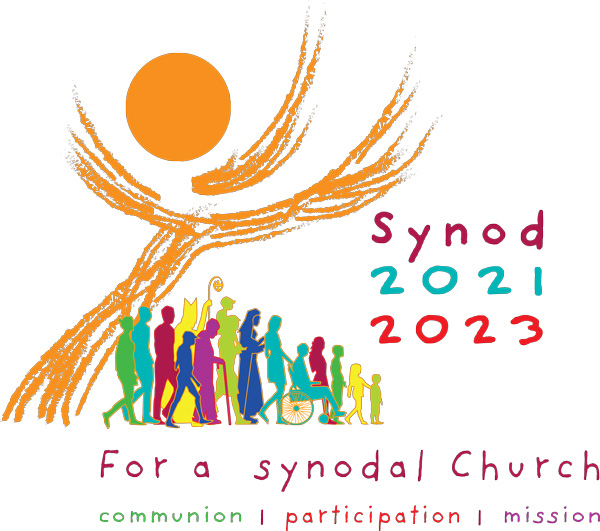 The aim of this Synod

Therefore, the objective of this Synodal Process is not to provide a temporary or one-time experience of synodality, but rather to provide an opportunity for the entire People of God to discern together how to move forward on the path towards being a more ‘synodal Church’ in the long-term.

Solemn opening in the presence of the Holy Father

The solemn opening of the Synod will take place in Rome on October 9-10, and in the particular Churches on October 17; and will conclude in the Vatican on October 2023 with the assembly of bishops from around the world.

The three-year Synodal Process will have three phases (diocesan, continental, universal) of consultations and discernment:

Diocesan phase: consultation and participation of the People of God

The particular Churches will begin their journey on Sunday, 17 October, under the presidency of the diocesan bishop. The objective of this phase is the consultation of the People of God. The Preparatory Document, released on Tuesday, together with the Vademecum and the Questionnaire are intended above all to be instruments facilitating this first phase of listening and consultation of the People of God.

Once the material has been obtained, the first Instrumentum laboris will be drafted, which will be published and sent to the particular Churches in September 2022.

This will mark the beginning of the second phase, scheduled to take place from September 2022 to March 2023. The aim is to engage in a dialogue on the Instrumentum laboris. At the end of the their discussions, each continental grouping will draft a final document, which they will send to the General Secretariat in March 2023.

The Secretariat will then draft a second Instrumentum laboris, based on the responses. Publication is planned for June 2023.

Universal phase: the bishops of the world in Rome

The synodal journey will culminate in October 2023 with the Assembly of Bishops in Rome, according to the renewed procedures established in 2018 by Pope Francis in the Constitution Episcopalis communio.

Synods have been an ordinary part of the life of the Church since the early centuries, with local Churches and dioceses convoking synods to discuss theological and pastoral issues relevant to the times. After Vatican Council II, Pope Paul VI created the permanent secretariat of the synod of bishops in Rome in order to bring bishops from around the world together to help inform the Pope’s thinking on different issues. 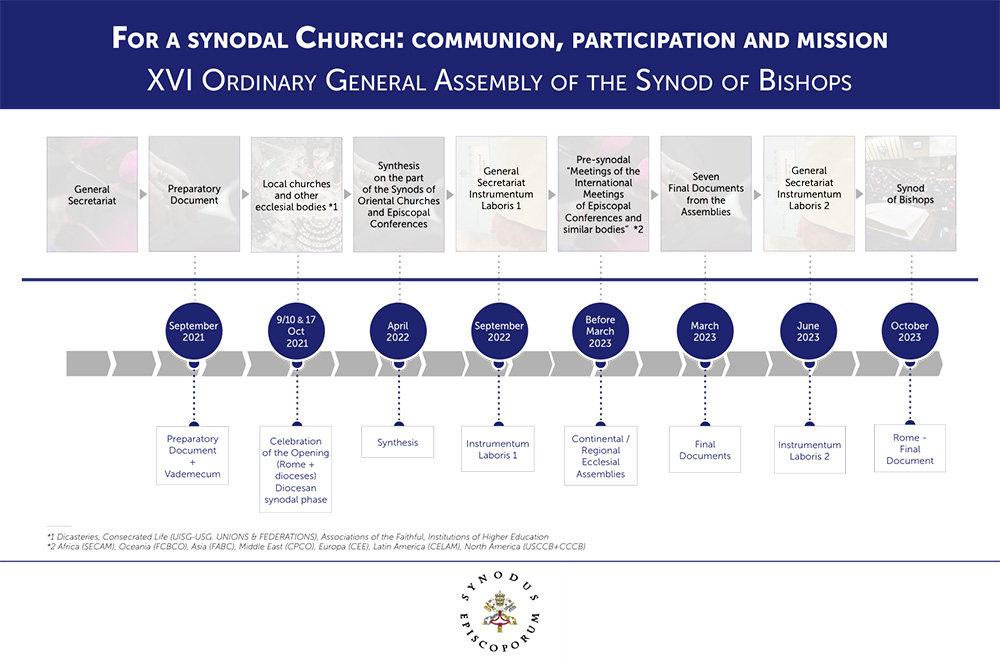