Celebration of the Diamond Jubilee of the Oblate presence

The Province of Cameroon celebrates the 75th anniversary of the Oblate presence in the country this year.

The first Oblate missionaries arrived in Cameroon in 1946. As one would imagine, it was a rather daring step to begin a Catholic mission in such a remote and rural outpost in the country at that time. However, the vision of the missionaries has proven to be providential and the Province has grown considerably over the past seventy-five years. This jubilee year has been an opportunity for the Oblates in the Province to remember the past with gratitude and, above all, to envision the future with enthusiasm. 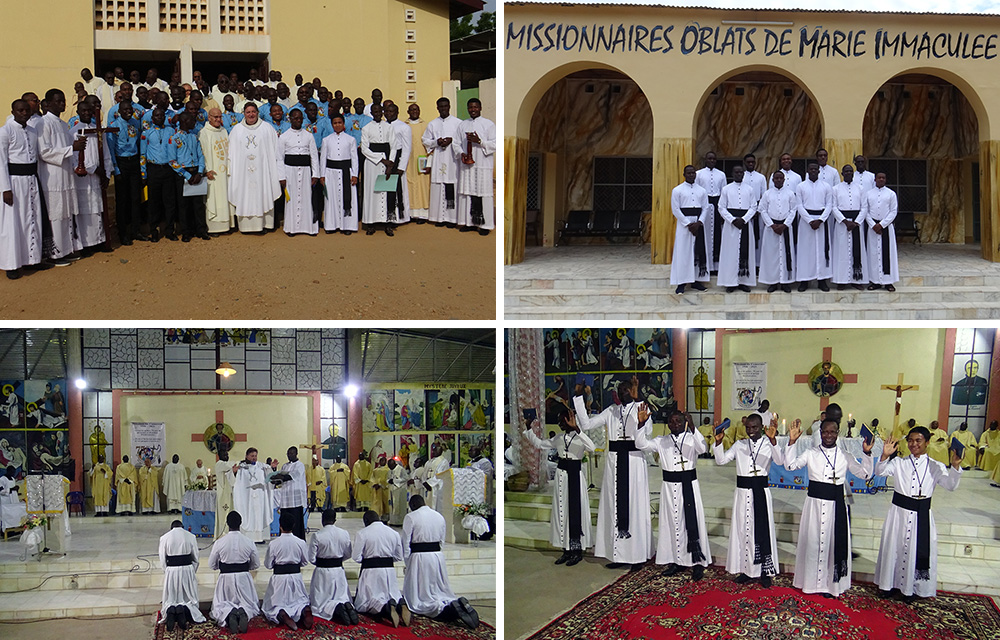 The celebration opened its doors on Wednesday September 8 with the first profession, the renewal of vows and the perpetual profession of our Oblate brothers from Chad, Nigeria, Cameroon, Senegal, Togo, Madagascar. The event took place at the parish of Saint Pierre de Garoua with more than 3000 people present at the occasion.

The following day, September 9, was another memorable day of celebration at the mission station of Garoua, in North Cameroon. There we made an ‘environmental gesture’ to commemorate the jubilee. Each novitiate batch, starting with the oldest class, has planted a tree and/or a flower plant in the courtyard. It was a moment of joy because in doing so, we prayed for those who could not continue this path with us and for those who preceded us to the Father’s house. 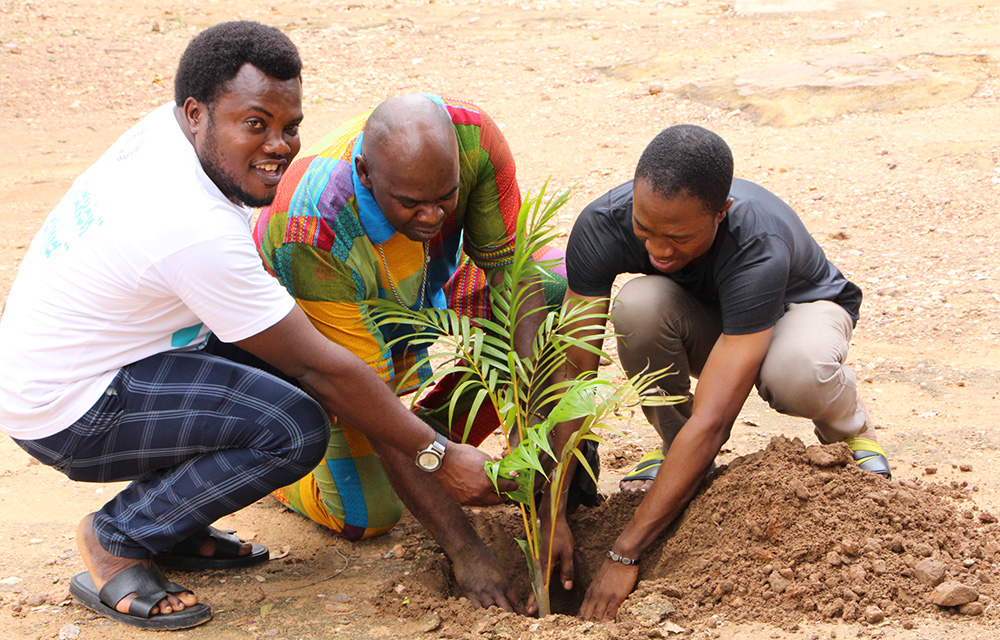 The same evening, a religious musical concert took place with about 8 different choirs from the parish, the choir of the Yves Plumey Scholasticate and the novices of the Blessed Joseph Gerald Novitiate. The scholastics and the novices presented some of the original songs they had composed for the jubilee year.

The morning of September 10 was reserved for paying homage and praying for our deceased brothers who went to Eternal Rest before. All those who were present gathered in the Oblate cemetery located in the Garoua Mission compound to pray. 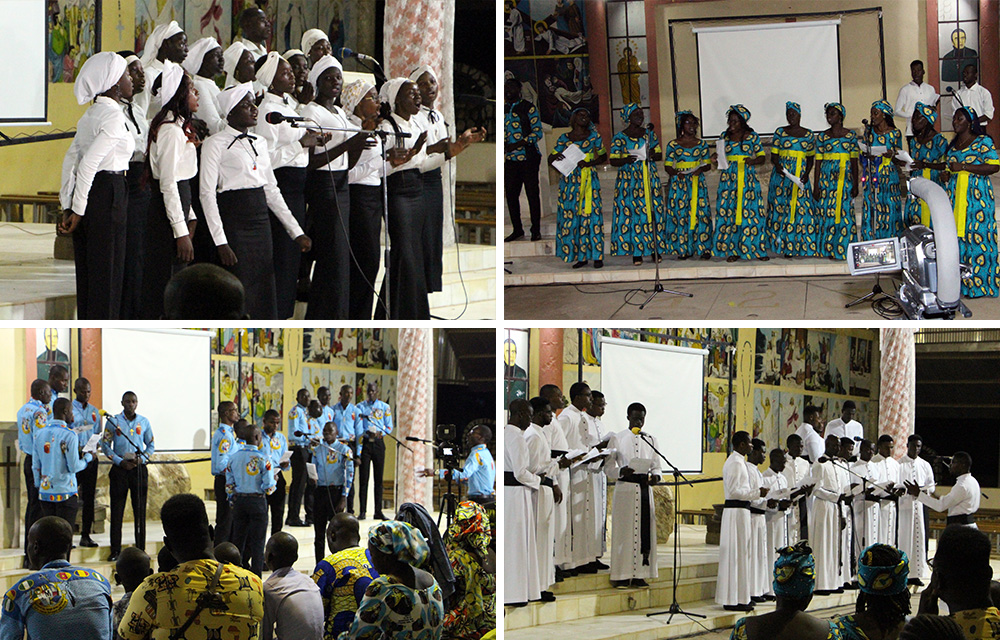 Later in the evening, we had a conference on the theme “OMI: 75 years later, how to move forward with hope?”. The conference was moderated by Fr Edmund HIMBO. The panelists who surrounded him were the Oblates Frs. Ferdinand OWONO NDIH, Christmas DOLALILA and Martin HAPMO. They presented the following themes: 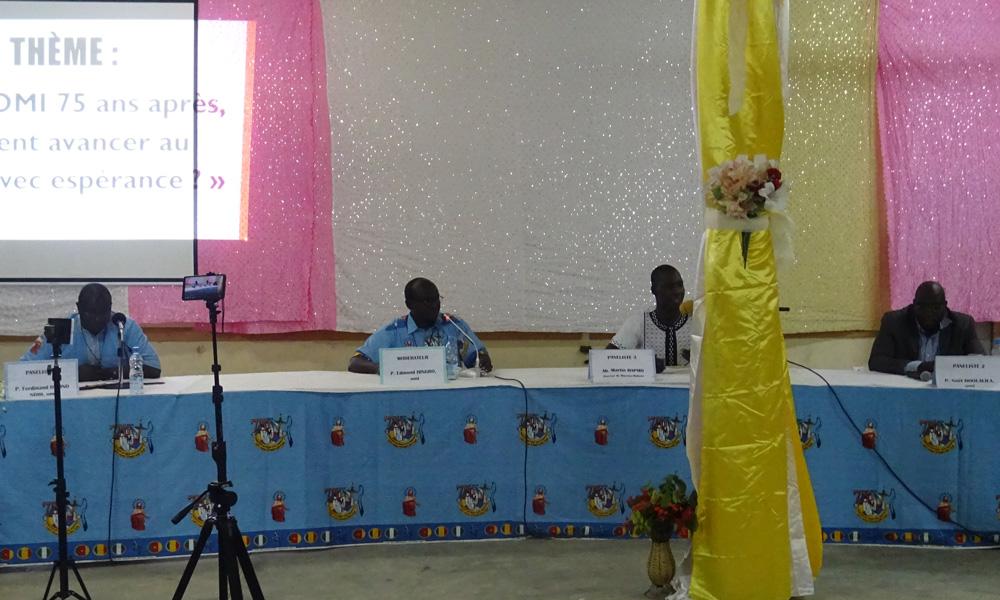 On Saturday September 11, the celebration began with the planting and blessing of the cross at the esplanade of the Cathedral of Saint Thérèse of the Child Jesus of the Archdiocese of Garoua by the Archbishop Mgr. Ambassa Faustin Ndjodo and the provincial, Fr. Ferdinand OWONO NDIH in the presence of the representative of the Head of the State, the governor of the region, the Oblates and many other well-wishers. 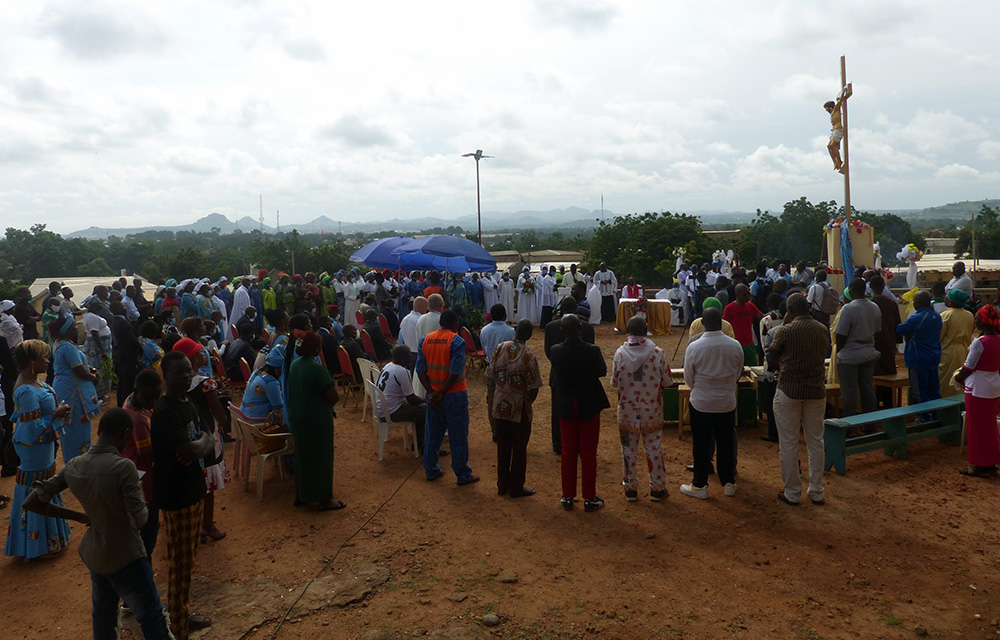 At the end of the blessing of the cross, all gathered in the parish church of Saint Pierre de Garoua for the Holy Mass presided over by the Archbishop and concelebrated by Mgr. Antoine Ntalou, the Archbishop Emeritus of the Archdiocese, Mgr. Barthelemy Yaounda, Bishop of the Diocese of Yagoua, Fr. Gruber VINCENT, Provincial of the Province of France, Fr. Ferdinand OWONO NDIH, Provincial of the Province of Cameroon, Fr. Louis DIEUDHIEU, Superior of the delegation of Senegal and many other Oblate and diocesan priests.

The Holy Eucharist was marked by the priestly ordination of four Oblate deacons and the diaconal ordination of two other Brothers in perpetual vows.

During his homily, the Archbishop reminded the faithful of the importance of celebrating God’s favours, so that his Word is made known and his love manifested. Finally, he invited everyone to be servants of the Church since the Church needs each one of us to build the Lord’s Kingdom. 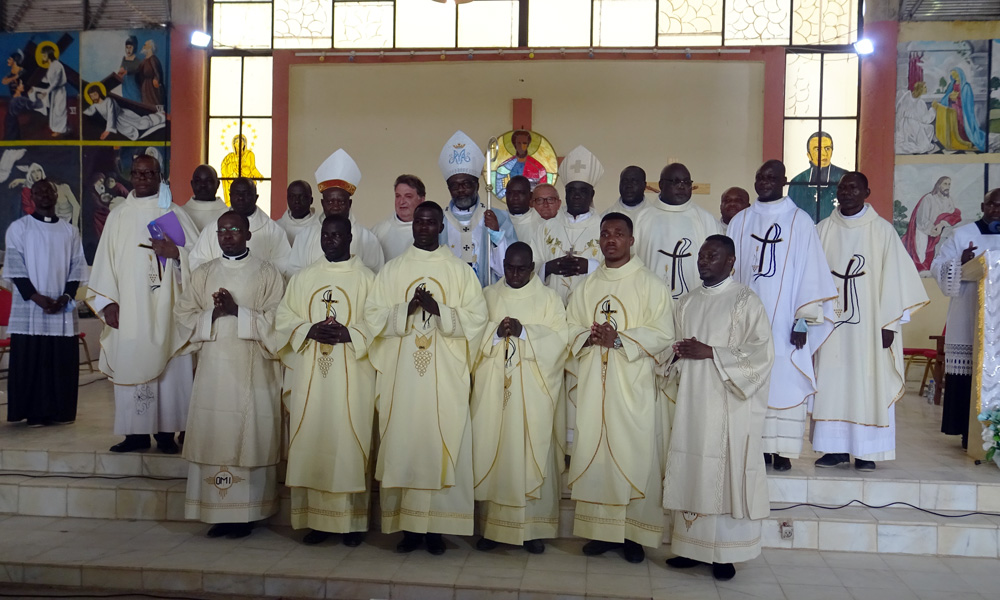 Before the end of the Mass, the Provincial of Cameroon thanked the whole Oblate family, including the lay associates and the Oblate youth, for their commitment and dedication. He expressed in a particular way his gratitude to the Head of State for having responded favorably to our invitation and his presence through the Minister of Territorial Administration of Cameroon.

As the Province of Cameroon continues with the Jubilee Year, they invite the whole Oblate family to be united with them in prayer as they seek to make all things new in Christ (cf. Revelation 21:5).