Oblates begin their ministry in the Lutsk diocese 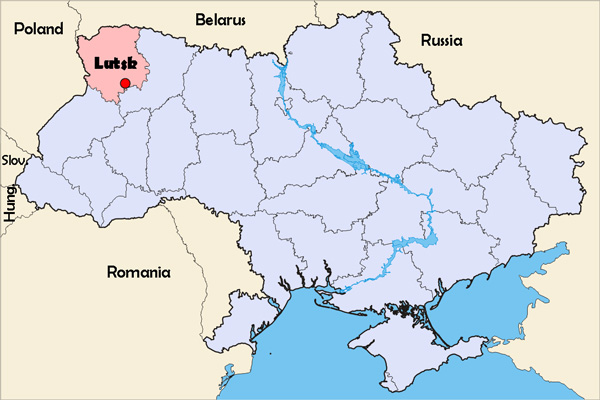 At the invitation of Bishop Vitaly Skomarovsky, the Ordinary of the Lutsk diocese, the Missionary Oblates of Mary Immaculate began their ministry in three parishes of the diocese, namely: the parish of St. Teresa of the Child Jesus in Rokytno, St. Thomas in Tomashgorod and St. Barbara in Klesov. Until the takeover, these parishes had been under the care of the priests from the Congregation of the Pallotines.

As noted by Fr. Pavlo Vyshkovskyi OMI, Superior of the Delegation, “This decision was not easy for us, because in view of the fact that today the Church in Europe and Ukraine is experiencing a lack of clergy and consecrated persons, and we ourselves find it increasingly difficult to find priests and brothers to ensure the functioning of 11 Oblate houses on the territory of our Delegation. But taking into account the numerous invitations of Bishop Vitaly Skomarovsky as well as his predecessor and taking into account the Lutsk diocese is not far from the place where the Servant of God Fr. Ludwik Wrodarczyk OMI served the faithful, we decided to set up our first house at the territory of the Lutsk diocese. We were able to respond to this invitation only on the grounds of the closure of one of our houses. This kind of decision is always difficult and it required profound recognition, as well deep reflection and discussions. During our Delegation Council as well as at the Oblates general meeting, we were thoroughly reflecting whether it was God’s will.” 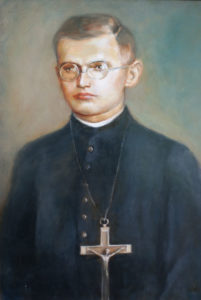 This year, the Delegation Council in consultation with the Provincial Superior and the General Counsellor of for Europe, decided that the Missionary Oblates will set up a house in Rokytno, Volyn Oblast, for an initial period of 6 years.

We perceive the invitation to the Lutsk diocese as an urgent need of the Church, the duty of a positive response comes out of our vocation. After all, the charism of the Missionary Oblates is to respond to the needs of the local Church and to go out with the Good News to the abandoned and the poor.

Despite the less number of brothers and priests belonging to the Delegation, we wish to continue the work initiated by our brother, the Servant of God Fr. Ludwik Wrodarczyk OMI, and to serve the cause of reconciliation and spreading of the Kingdom of God in this long-suffering land.

In one of the letters to his family Fr. Ludwik wrote: “Martyrs are the seeds of Christianity, therefore, where at the beginning of the mission the missionary suffers martyrdom, there, later, the seeds of God’s Word bear the most abundant fruit.” We believe that these words will relate to our mission in the Volyn land. 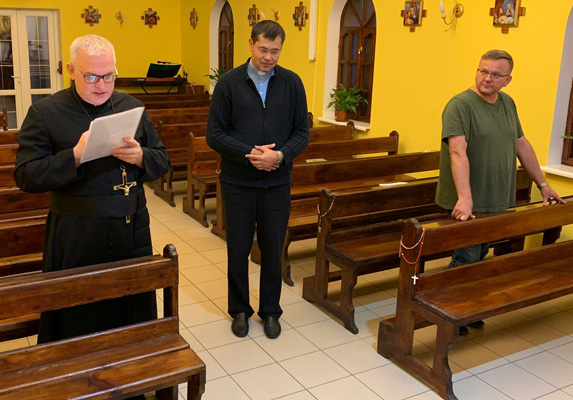 As of the 29th of August, 2021 Fr. Pawel Tomys OMІ, the superior of the community as well as the parish superior at Rokytny, Tomashgorod and Klesov, and Fr. Romuald Opelka ОМІ, the treasurer of the house and the parish vicar of the above mentioned parishes began their ministry there. Delegation Superior, Fr. Pavlo Vyshkovskyi OMI officially announced the launch of the new community of the Congregation by decree and introduced Fr. Pawel Thomys OMI as its superior. On the next day, the Missionary Oblates visited the places where Fr. Ludwik Wrodarczyk OMI had served and eventually experienced a martyr’s death.

A week of vocational animation
Being a missionary, even in small ways