“Go into the world with your heart immersed in God”

Meeting with Oblate Missionary Cooperators of the Immaculate (COMI) on Saturday morning, Pope Francis encouraged them in a symbolic way to become like yeast: small, hidden, but full of faith, and “the larger the dough to be leavened, the richer the quality of the leaven must be”.

He noted how being consecrated as a member of a secular institute “means living the spirit of the Incarnation in the time and place in which God has placed us.” 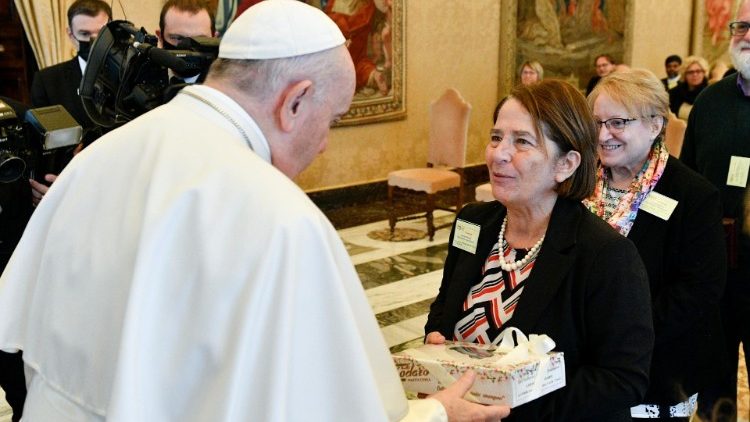 “It does not mean taking refuge in a middle ground,” the Pope added, “but fully sharing, like Jesus, the condition of ordinary people, the daily work routine, home life, neighborhood relationships, and so on, all animated by the light of faith, the warmth of charity, the horizon of hope.”

Witnessing with courage in society

The call of the Missionary Oblates is to sanctify secular activities as a way to unite everything in Christ, to live among and work with others in union with God in order to sanctify their work and actions.

Pope Francis pointed them toward the hidden life of Jesus as an example to follow, whose ordinary actions had a divine value, even when carried out in hiddenness.

Inviting them to live their outreach in secular realms with courage, he noted, “the prophecy of secular consecration is incompatible with fear of dangerous places and situations. On the contrary, it is precisely these situations that are conducive to such consecration, there where people suffer exclusion, marginalization, or are harmed in their dignity.” 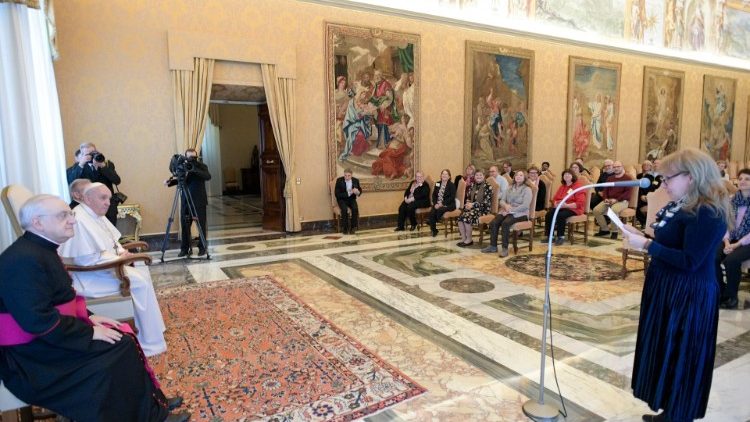 Saints in the name of God

The founder of the Oblates of Mary Immaculate (OMI), Saint Eugène de Mazenod, exhorted them to be saints in the name of God. Pope Francis underscored three aspects to live out this calling.

The Pope recommended first to be ready, living fully in the present, shunning applause and success, completely given to God and in relationship with Him, saying “prayer oxygenates life: just as one cannot live without breathing, so one cannot be a Christian, much less a consecrated person, without praying.”

Give of yourself totally

Second, he noted that being an Oblate means giving of oneself totally to God without reserve as Jesus did by “dying on the cross,” showing us that “life is love that asks for love.”

He admitted that this road is not comfortable or easy, “but it is the road of peace and joy.”

Trust in God as exemplified by Mary

Finally, the third aspect he underlined is to have the same trust in God that the Blessed Mother had, imitating her in listening to and accepting God’s will, “so that his Word might take flesh in us as well.”

“Pilgrims of Hope, in Communion”
A new Oblate Cause for Beatification and Canonization!