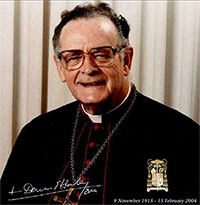 Editor’s note: Even after 18 years of his death, Archbishop Denis Hurley ,OMI stands out as a towering figure in the Church in South Africa. As Archbishop of Durban for 45 years, he was known in South Africa and internationally as a courageous proponent of justice and peace, and a strong opponent of apartheid. So much so, he was dubbed by opponents ‘the scourge of Apartheid’.  He was also loved for his inner strength, warmth, humility, generosity and spirituality. As a forward thinking churchman, Bishop Hurley was a champion of the ecclesiastical and liturgical reforms of the Second Vatican Council which he attended in the 1960s. The Denis Hurley Centre which was opened in 2015, offers food, showers, medical help and education to Durban’s inner city homeless.

Director of the Denis Hurley Centre, Raymond Perrier, said seven candles were lit, during the Annual Stakeholder Meeting, to honour the seven pillars of the organisation: donation; faith community; NGOs and schools; corporate and media; government; volunteers and staff, and recipients. 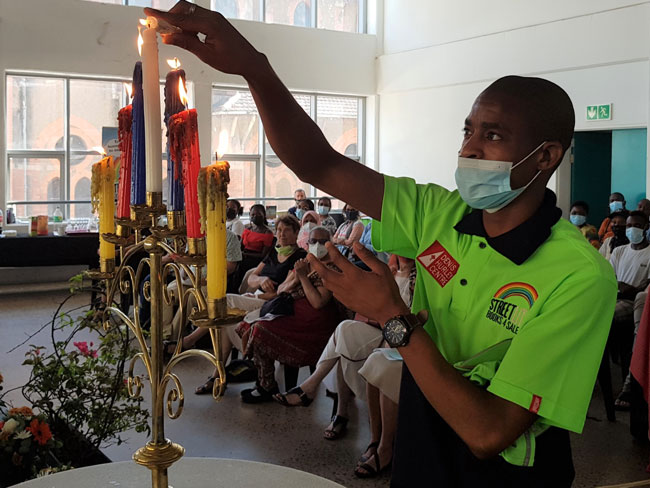 There was also a panel discussion for the community to participate in.

“There was a special focus on Archbishop Tutu this year, with a panel discussion among young people looking at the legacies of the two great leaders,” said Perrier. 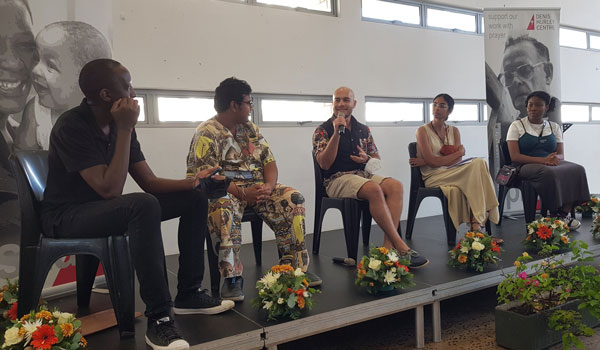 There was also a panel discussion for the community to participate in. PHOTO: Illa Thompson.

“Bishop Barry Wood, OMI is a great friend of the Dennis Hurley Centre. Right up until his death almost five years ago, Barry’s life was committed to service; so we set up an award in his honour to recognize people who like him have an abundance of community spirit,” said Perrier. 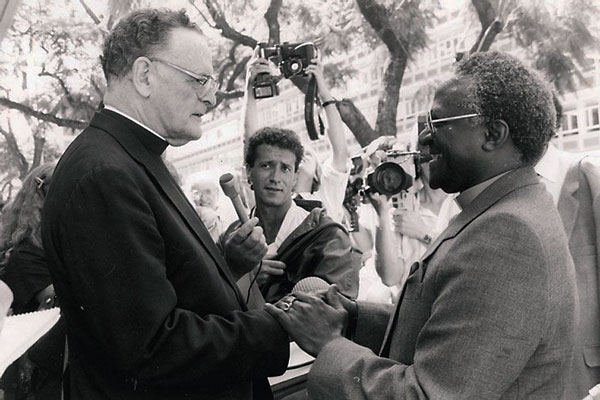