“The Continuous Rosary” Prayer Chain for Oblate Vocations is in its thirteenth year and growing!

The Continuous Rosary for Oblate Vocations returns again this year for its 13th edition! The prayer relay will continue uninterrupted from midnight on May 21 to midnight on May 29 (Rome UTC +2).

If you would like to be part of this large family uniting in prayer you can donate 30 minutes of your time by choosing and reserving your turn here.

Fill in the form to join the Continuous Rosary 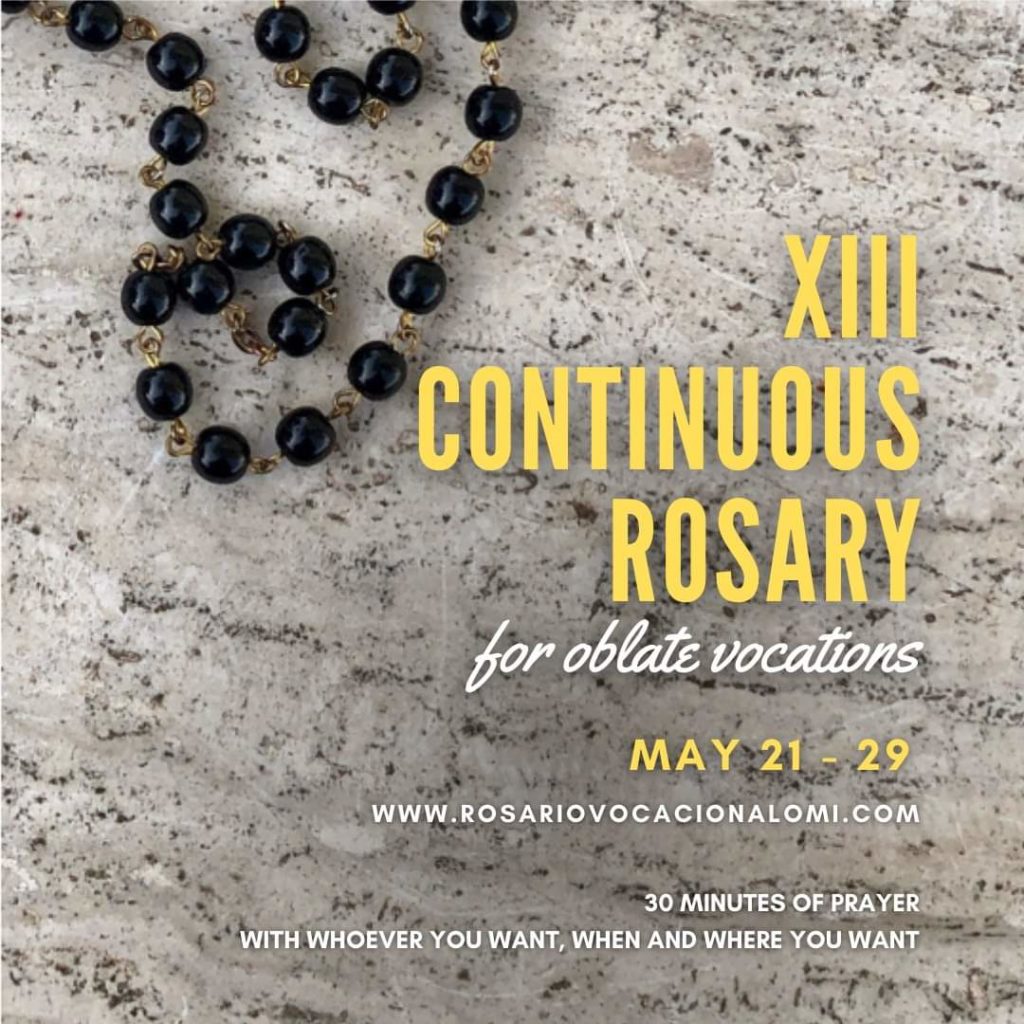 It was in the year 2008 when Fr. Ismael Garcia Moreno OMI, in Spain, launched this initiative of continuous prayer of the rosary. He was inspired by the experience of a group of young people that he followed in Monzòn, in the north of Spain. Every year they organized a prayer chain of 24 consecutive hours on the occasion of the Confirmation day of the young people in the group.

“Why not do the same for Oblate vocations?”, was the question that was ringing in his mind. So, Fr. Ismael launched the 24-hour continuous prayer initiative for this intention.

In 2009 and 2010, the prayer shifts were extended to 36 hours, beginning on 20 May at 12 noon. Ismael took up the idea again, involving a group of lay people who were put in charge of the The Continuous Rosary  initiative. Pablo Reinedo, a layman, took on the coordination. In 2014, an invitation was to pray the rosary every day of the novena for Oblate vocations. Oblates and lay people from the entire Mediterranean Province, and also from other parts of the world were involved with a lot of enthusiasm. To our great surprise and joy, all available prayer shifts were completed in the week of 21-29 May. 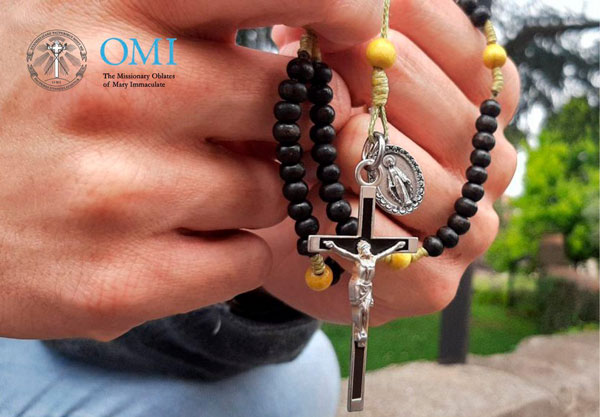 Since then, The Continuous Rosary has retained its current format of 9 days. Thanks to the Facebook profile and the progress made with the translations to facilitate booking, the initiative has spread all over the world and many people are now involved. The aim, of course, is not so much to complete the list of shifts, but to promote prayer and a vocational culture.

Today, the Rosary Prayer Chain is a heritage of the entire Congregation. From last year on, the continuous rosary becomes an initiative officially promoted by the General Administration for the entire Oblate family of the world.

It will be very easy to book: everyone can become an animator of the initiative.

Let us make the vocational culture and prayer for Oblate vocations grow in the world! The world, as Pope Francis reminded us, counts on Oblate Missionaries.

And the Oblate Missionaries of Mary Immaculate need the prayers of all of us.

Let us move forward together! We were born for times like this!

From May 21 to 29, may we all experience a fruitful novena for Oblate vocations!