Fr. Andrzej Jastrzebski OMI, is a professor at St. Paul’s University in Canada, he shares with us his experience of ecumenism.

They say that life is full of surprises. This was the case with my encounter with the Coptic Orthodox community, the majority of whom were born in Egypt. One of my students at USP (St. Paul’s University) is a Coptic Christian. 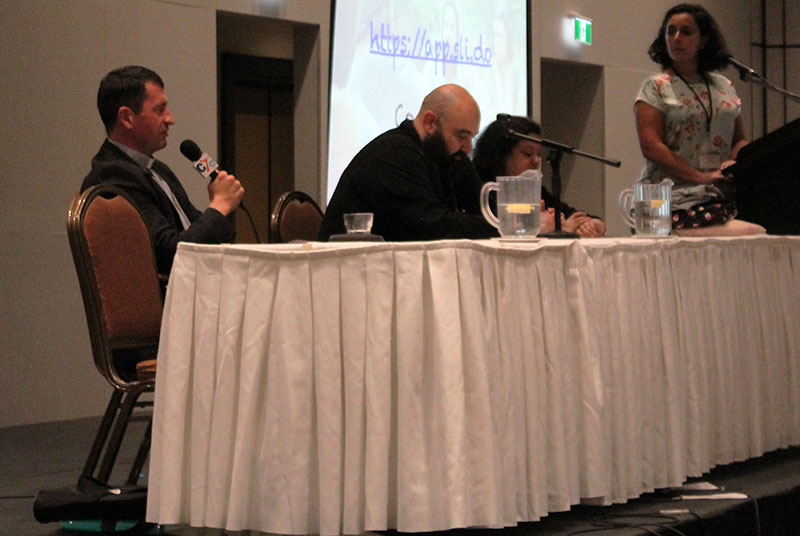 Copts began to immigrate to Canada in the second half of the twentieth century. At first they organised themselves to celebrate their liturgies in schools where they rented rooms for their gatherings. Later, they were able to build their own churches. At present, it is a fairly significant group in Canada and the United States.

Within this community a Coptic Medical Association of North America was founded. For the first time this association organized a large conference for their members in Montreal (Laval) 27-29 May. The theme was “Do you want to be healed?” John 5,6. The participants were doctors, dentists, nurses, and pharmacists from Canada and the United States, in total, there was about 120 participants.

Not only was I invited to participate but I was also asked to be one of the organizers of this gathering. By sharing my knowledge of psychology and spirituality and my musical gifts I experienced a communion between Christians of different traditions who together seek God in the context of the contemporary world. I discovered that all Christian communities have to face the challenge of destigmatising people with mental health problems and finding ways to assist them with compassion.