The Holy Father has appointed HE Msgr. Pierre Olivier Tremblay, OMI, Bishop of the Diocese of Hearst-Moosonee (Canada) transferring him from the titular See of Tino and from the office of Auxiliary of the Diocese of Trois-Rivières.

HE Mons. Pierre-Olivier Tremblay, OMI, born on November 22, 1970 in Montpellier, France, began his studies at the Collège Saint-Alexandre in Gatineau and continued them at the Saint Augustin Seminary in Québec. He obtained a Diploma in Theology from the Laval University of Québec and after his novitiate at the Oblates of Mary Immaculate he made his first profession on August 6, 1995 in Vanier, Québec. From 1995 to 1997 he continued his studies in Ottawa at the Saint-Paul University obtaining a degree in Missionary Sciences. 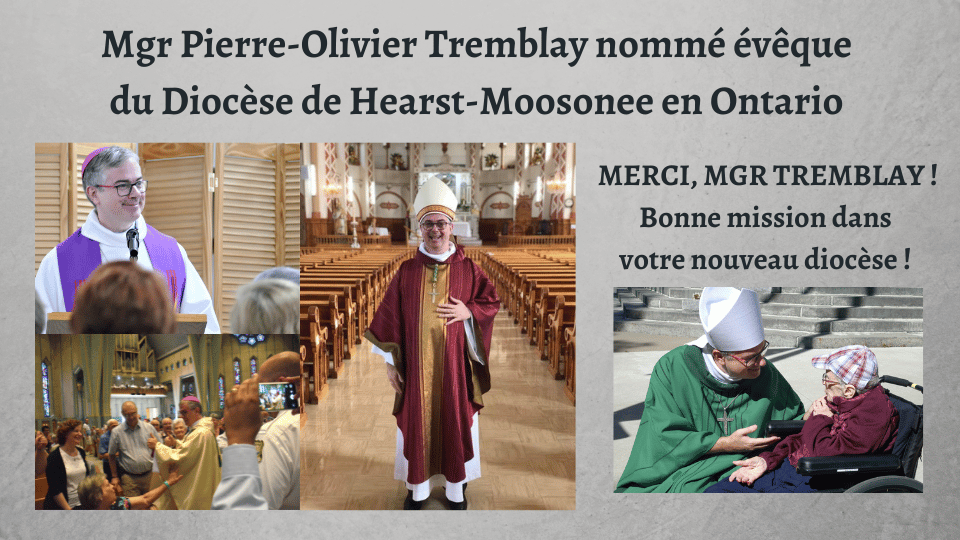 After three years as Parish Vicar of Chibougamau and Chapais, Québec, he resumed his studies and in 2008 obtained a Doctorate in Practical Theology from Laval University. From 2007 to 2010 he assumed the position of Formator in the novitiate of the Oblates. From 2010 to 2016 he was parish priest of the Sacré-Coeur in Ottawa and from 2016 to 2018 he held the position of Rector of the Sanctuary of Notre-Dame-du-Cap. Twice he was elected Member of the Provincial Council of the Congregation of Oblate Fathers.

On 21 May 2018 he was appointed Auxiliary Bishop of Trois-Rivières and received episcopal consecration on the following 22 July. From January 27, 2021 to April 8, 2022 he held the office of Diocesan Administrator.

He is currently President of the Évangélisation et Vie chrétienne Council of the Assembly of Catholic Bishops of Québec.