Radio Amistad: on its way to 30 years in Peru

Radio Amistad is a private non-profit radio station in Peru, sponsored by the General Delegation of BOLPER of the Missionary Oblates of Mary Immaculate. It was born on November 26, 1992 as ‘Radio Pillopinto’. Later, in 1998, it was called ‘Radio Amistad’. This year it celebrates its 30th anniversary of service to the people.

It was in May 1988 when Fr. Pablo Feeley, OMI, together with Fr. Robert Smith, OMI – parish priest of Jesus Salvador parish in Aucayacu – began a common Oblate project: “A rural social communication system”.

This project’s main objective was to provide the material infrastructure for a rural social communication system, which included a radio station and a communication center. In those years there were almost no means of communication that existed in Aucayacu, besides, one private commercial radio station, Radio Ribereña, that barely covered 10 percent of the district. There were few roads, no telephones and from time to time a few newspapers arrived from Lima, the capital of Peru. 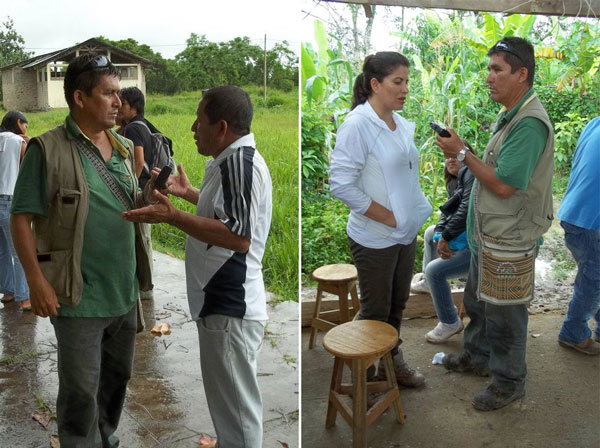 The Oblates of the Aucayacu mission decided to create this rural social communication system in order to provide the population with the necessary information, and at the same time, to be able to spread knowledge in the fields of education, health, agriculture, etc. Through the radio station, the families can be reached and through a communications center, communication channels can be opened in the area so that, through communication, the community can be built.

There were several problems that this project had to go through in this area, firstly, there was no reliable source of electricity and then there was a lack of trainers and instructors for the formation of a team. The support of the National Radio Coordinator was crucial to face this challenge. There was also great fear and anxiety created within the population by both the terrorist group Sendero Luminoso and the Peruvian Army. The socio-political situation in the area was one of war. Terror ruled.

P. Pablo Feeley, OMI – founder of the work – was appointed as the person responsible for the project and the center. During his sabbatical year in 1988, he followed a one-year course at the International Center for Research and Education in Communication (CREC) in Lyon, France, founded and directed by Fr. Pierre Babin, OMI.

Then missionaries set three objectives. The first was to form a group of young people interested in assuming the task of communicating the events that occurred in the community. Thus, about 20 young people, from the 4th and 5th grades of high school, formed the Association of Young Journalism Amateurs (AJAP), where they were trained in interviewing, writing, typing, printing and screen printing. The second objective was to publish a magazine “El Trochero.” It contained various topics of current affairs and history of the villages and of people who worked for the benefit of the villages. It circulated for about two and a half years. The third objective was to train five young people to produce radio programs. At the end of the training, the first program which they produced was called “Cultivating Hope”, it was aired on Radio Ribereña one hour a week. This is how evangelization through radio began. 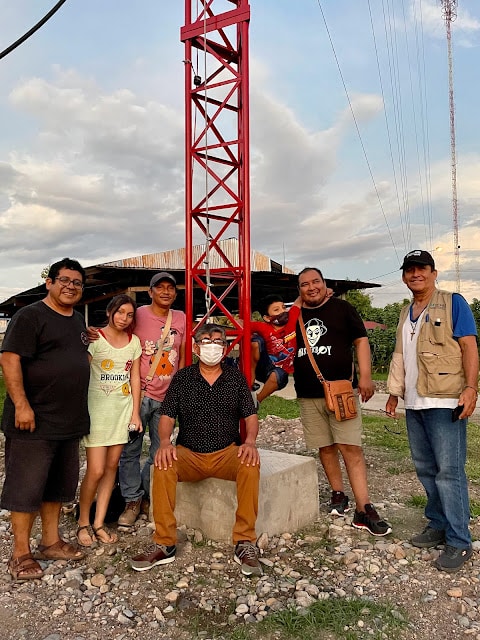 At the same time a space was made available on the second floor of one of the rooms of the parish to build an auditorium, a work room and a recording room; aiming at expanding power and improving the equipment of the existing radio station and to create and operate a communications center. The idea was to arrive at the beginning 1990 with a formative proposal that would allow us to dream of having our own radio station in the facilities of the Jesús Salvador parish.

Thus, in November 26, 1992, Radio Pillopinto was born. With a small coverage, the radio transmission began. Years later, when Fr. Hugo Choquez, OMI was in charge of the parish, he changed the name Radio Pillopinto to Radio Amistad. During these years the Oblates who came to the mission were gradually taking part in the dream of the founder: TO BUILD COMMUNITY THROUGH COMMUNICATION.

In 1993, a Directorial Resolution of the Peruvian Ministry of Transportation and Communications granted the Oblates of Mary Immaculate the renewal of the authorization of the private radio communication service. In 1999, the Oblates of the OMI PERU Delegation decided to establish and register what is now called the ‘Radio Amistad Association’.

At the end of 2021 we obtained a new tower and new antennas, thanks to the generosity of some Oblate provinces and the generosity of collaborators, friends and many faithful listeners who have contributed to the achievement of this new goal.

This year, 2022, we celebrate 30 years of Radio Amistad. We want to maintain the spirit of the Oblates and lay people who started the project. Accompanying the people of Alto Huallaga in the process of reconciliation is a mission that we have prioritized.