Two of the three pioneering Oblate Missionaries to Pakistan, Fr. Joseph THEOGENES and Fr. Job Basil SILVA, both from Sri Lanka, were called to eternal rest on July 13 and 14 respectively. Oblates both in Pakistan and Sri Lanka mourn their passing and offer up prayers for the repose of their souls. 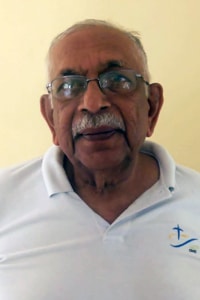 Fr. Theogenes was born on 26 January, 1939, in Atchuvely, a village near Jaffna, Sri Lanka. He was a loyal son of two Oblate schools; St. Joseph’s College in Colombo and St. Patrick’s College in Jaffna. He made his First Oblation in 1957 and Perpetual Oblation in 1960. It was on 21 December, 1964, he was ordained a priest by the now Servant of God Cardinal Thomas Cooray, OMI, the then Archbishop of Colombo. He chose December 21 for his priestly ordination since St. Eugene De Mazenod, the founder of the Oblates was ordained priest on that day. On 14 February, 1971, he was sent to Pakistan after working for seven years in Sri Lanka. 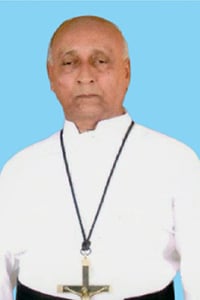 Fr. Job Basil Silva was also born in 1939, on 29 July to be exact, in Colombo. He made his First Vows on 31 May 1962 and on the same day in 1965 pronounced his Final Vows at Oblate Scholasticate, Kandy.  He was ordained priest on 7 May 1969 by the auxiliary Bishop Edmund Fernando OMI of the Archdiocese of Colombo.  When he left Sri Lanka in 1971 to start the Oblate mission in Pakistan he had less than 2 years of priestly experience. That itself shows the amount of trust the Superiors had in him. 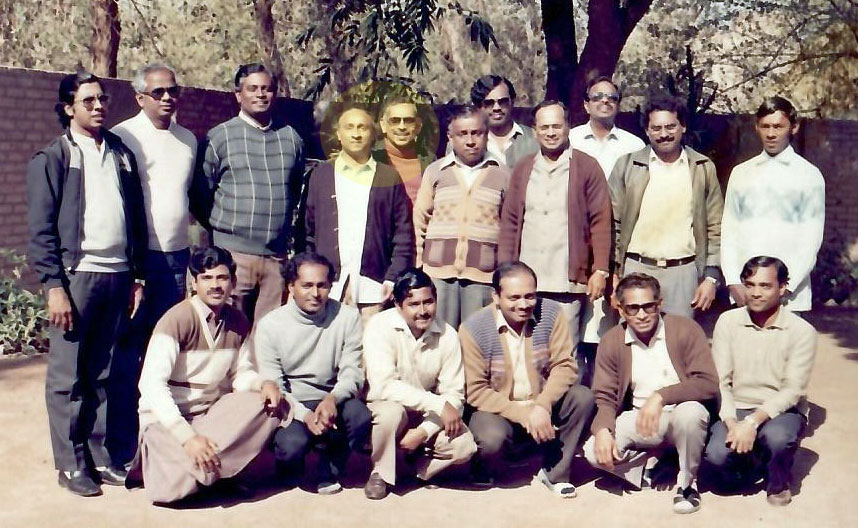 Fr. Basil’s vision started deteriorating in 1989 which became an obstacle to his active missionary life and a year later in September 1990 he decided to leave for Sri Lanka for good.  In Sri Lanka, he stayed in Oblate communities at St. Vincent’s Home, Maggona and Dev Arana, Polwatta.  From 2021 he resided in Marian Grove until he was called by the Lord to His eternal abode on 14 July 2022 after two-week long illness.

Fr. Theogenes, on the other hand, remained longer in Pakistan. He was an outstanding missionary with vision for the future.  During the period he served as the Delegation Superior, Fr. Theogenes showed qualities of a formidable administrator and dared to take risks in order to explore new ways and opportunities.  During his tenure as Superior, Pakistan Fr. Theogenes was proud to witness the first Pakistani Oblate Fr. Inayat Gill being ordained priest in 1986, during his tenure as the Delegation Superior.

Fr Theogenes is held in high esteem in Pakistan for his efforts to implement the concept of Basic Christian Communities.  He helped the faithful view themselves as ecclesial entities and the ‘Body of Christ’. He was also an educationalist par excellence who worked tirelessly to raise Catholic community through quality education, technical skills and human/Catholic formation.  A number of young men whom he educated, formed and groomed, hold respectable positions in government and private sectors which pulled them and their families out of poverty and raised their economic and living conditions. “We have achieved this much for our families because of Fr. Theo”, remarked Mr. Augustine Gian, a former Principal of St. Francis Grammar School Quetta and Mr. Nadeem Bakhshi, an officer at UN World Food Programme in Quetta. He was a spiritual guide to a number of priests and religious.  The people looked to him as a model and gave him a title ‘Baba ji’, a respectable and honorable moniker.  As a member of the formation team for a few months in Oblate Juniorate, Multan he employed his skills as a musician, an organizer, an educationalist and a visionary and contributed greatly in the human formation of young men who were on the way to offering their life to God as oblates.

In January 2001, Fr. Theogenes was called to serve in the OMI General House in Rome as one of the administrative assistants.  He served in the Philippines for a few years, where he underwent a successful open-heart surgery.  Then he decided to return to Jaffna Province and worked as a secretary to the Provincial from 2016 to 2019.  Then in 2019 he retired from active ministry and came to the Oblate Retirement Home in Jaffna where he kept himself busy by helping the Juniorists and the Scholastics in the neighbourhood in spiritual accompaniment.  On 6 July he had a sudden stroke which resulted in paralysis and loss of speech. With breathing complication worsening, he breathed his last on the morning of 13 July 2022.  It is interesting to note that Fr. Theogenes, the youngest son of the family was buried in the same tomb where the eldest son of the family, his brother Fr. Adrian Joseph OMI was laid to rest 20 years ago, in the cemetery attached to the St. Mary’s Cathedral, Jaffna.

The Oblate Delegation of Pakistan pays tribute in utmost gratitude to Fr. Theogenes Joseph and Fr. Basil Silva, the pioneer missionaries for their invaluable years of missionary life in service to the people of Pakistan.   You have been faithful servants of the Lord.  May your souls rest in eternal peace and be counted among the saints!

In Pakistan Oblates came together to offer a Requiem Mass for the repose of the souls of Frs. Theogenes Joseph and Basil Silva on 18 July 2022 in Our Lady of Mercy Parish Chak 6/4-L, Okara where both missionaries had served together at one point.  Fr. Abid Tanveer, Vicar General of Faisalabad Diocese presided over the Holy Mass and Fr. Khan Paulus, Delegation Superior of Pakistan delivered the homily.  Besides Oblates, there were a number of diocesan and Dominican priests along with Holy Family, Dominican and Franciscan Tertiary Sisters of Loretto to pay homage to these two missionaries.