As Pope Francis nears the end of his Apostolic Journey to Canada, Fr. Nnaemeka Ali, OMI, a Nigerian priest working with the Innu First Nations in Canada, upholds the papal visit as an opportunity for reconciliation, and says the Church needs to listen to and work with indigenous communities.

Pope Francis begins the last day of his Apostolic Journey to Canada on Friday by meeting with a delegation of indigenous peoples in Quebec, before flying to the northernmost city of Iqaluit for an encounter with residential schools survivors.

The papal visit has included public and private events with an emphasis on the participation of the indigenous populations, and saw the Pope offer an apology for the role of many Christians in the residential school system.

“I am here because the first step of my penitential pilgrimage among you is that of again asking forgiveness, of telling you once more that I am deeply sorry. Sorry for the ways in which, regrettably, many Christians supported the colonizing mentality of the powers that oppressed the indigenous peoples,” said Pope Francis on Monday. “I am sorry. I ask forgiveness, in particular, for the ways in which many members of the Church and of religious communities cooperated, not least through their indifference, in projects of cultural destruction and forced assimilation promoted by the governments of that time, which culminated in the system of residential schools.”

The importance of the Pope’s visit

Fr. Nnaemeka Ali, a Missionary Oblate of Mary Immaculate, has worked for the past 8 years among indigenous communities in Canada, serving the Innu First Nation Communities of Ekuanitshit (Mingan) and Matimekush-Lac John (Schefferville) at the coastal shores of Quebec.

Speaking to Vatican News, Fr. Ali highlights that the Pope’s visit has been primarily focused on indigenous communities, recalling that the Holy Father had promised the delegation that met with him in the Vatican that he would come to visit the country.

The Oblate priest also says the Pope’s visit is a very important moment for Catholics who practice their faith, especially since as it has become evident that some members of the Church have “wounded them in the past.”

He says that practicing Catholics greatly desired to “see the Pope in their land. They wanted to see him because he is the spiritual father.” 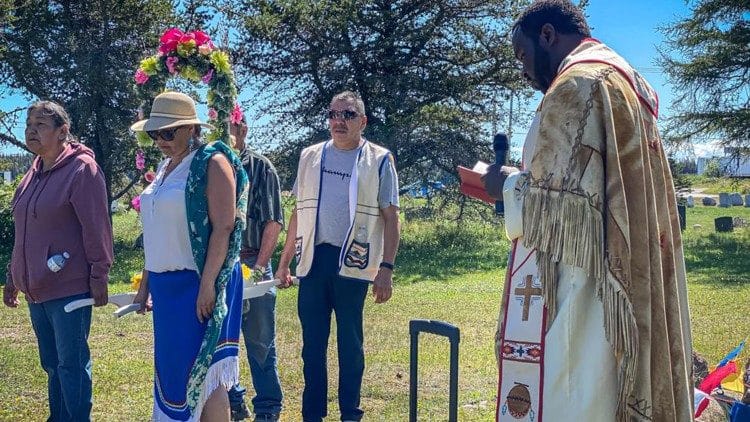 Fr. Nnaemeka Ali in the ministry to the indigenous communities

Fr. Ali notes that “reconciliation is a process” and the Pope’s expression of closeness to the indigenous people through his visit can help move forward this “moment of reconciliation”.

He, however, acknowledges that the indigenous people have been hurt and the process of reconciliation will take time. In fact, the Commission for Truth and Reconciliation in the country had called for apologies from the Church. Many Catholic congregations that were involved in the administration of residential schools in the past have apologized to the indigenous peoples, including the Oblates of Mary Immaculate, the first religious congregation to offer an apology in 1991 for their role in residential schools.

The missionary priest further notes that indigenous peoples have gone through various trials and experiences that “have made them lose their spirituality and culture,” and so, his ministry among the Innu First Nations these past 8 years has included working “to see if they can reconnect with their past and try to valorize their identity and cultures.”

Fr. Ali says his work among the Innu First Nations goes beyond just administering the sacraments, but it makes him “a pilgrim among these First Nations who have always been a spiritual people from the origin.”

175th anniversary of the arrival of the first Oblate missionaries to the United States
The Central Working Team of the Lay Associations Congress say “Thanks”!