The “Breath of Life” festival organized by the Oblates of Mary Immaculate offered three days of reflection and fraternity for young people in Tyvriv, near Vinnytsia.

The war in Ukraine grinds on. Those who experience it first-hand are forced to face an endless stream of negative news and images.

Therefore, they must find other ways refresh the soul, body, and mind. The Church in Ukraine seeks to make everyone hear the voice of Jesus saying, “Come to me, all you who are weary and burdened, and I will give you rest.”

The Church also seeks to care especially for the smallest and most vulnerable. During the summer months, various Roman Catholic and Greek Catholic parishes are organizing summer camps, pilgrimages, meetings and workshops for children, adolescents and youth, while following the necessary safety regulations. 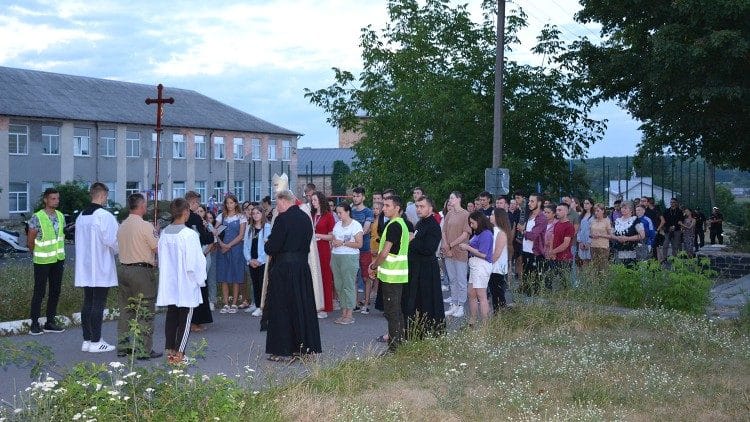 On 27-31 July, in Tyvriv, a village near Vinnytsia in central Ukraine, the Missionary Oblates of Mary Immaculate organized a festival for young people entitled “The Breath of Life.”

In an interview with Vatican News, Father Vadym Dorosh, OMI, explained that this event has been held every year since 2009. In other years, usually 150 to 200 young people came. The usual program included prayer, several workshops and a Christian music concert.

“We thought for a long time about whether to hold the festival this year,” Father Vadym explained. “On the one hand, we did not want to jeopardize the safety of the young people, but, on the other hand, we know that this event is very important to them. So, we decided to change the format, adapting it to current needs: there were fewer participants, no concert, instead, more prayer, outdoor activities and reflection.” 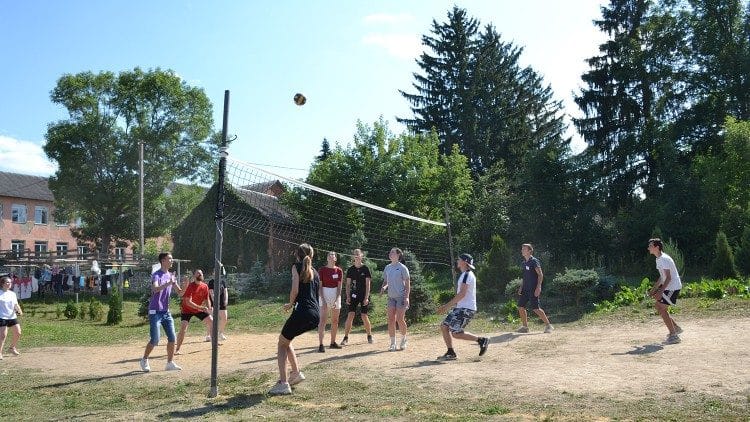 Volleyball at the festival

A true breath of life

“I am glad that despite the war, I was able to participate in the festival,” said Maria Teresa, 25, who came to Tyvriv for the fourth time. “In these difficult times, it was very important to feel ‘the breath of life’ in the meeting with other young people and in the closeness with God through Mass, prayer and night adoration. The very fact that such events are done even in such difficult times helps us to keep hope and faith alive that God wins. Values like love, friendship win, not evil, war and death, because Christ is risen; He has conquered death. That was what I felt strongly during this meeting.” 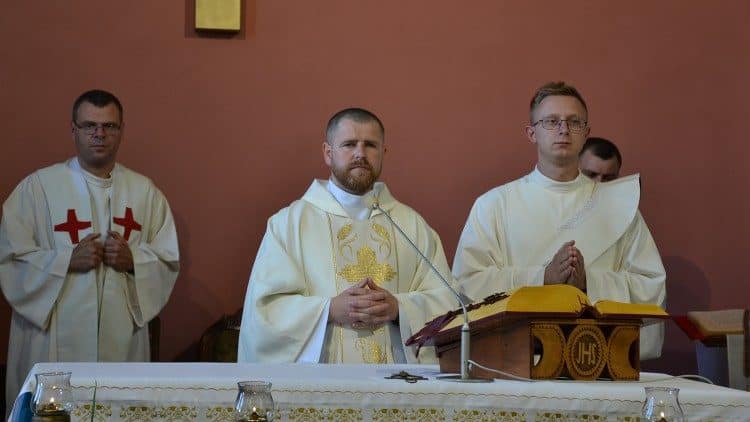 ‘What moves us must be love, not hate’

In addition to prayers and sports activities, the organizers offered thematic conferences to the youth, one of which, under the guidance of a psychologist, dealt with the topic of preventing and overcoming stress.

“Many young people,” Father Vadym said, “have experienced the bombings first-hand, some came from Mariupol, Kharkiv, Kyiv, etc.” The neighbouring town of Vinnytsia was also recently the target of the bombing of a civilian building, in which more than 20 people lost their lives and many were injured.

In the face of brutal violence, it is inevitable that people feel outrage and anger. The missionary often talks to young people about these temptations.

“Unfortunately, sometimes hatred can fill even our hearts and we can no longer distinguish between hatred for sin and evil and hatred for the person who does this evil,” he said. “During the Festival we discussed this issue in the lecture entitled ‘The Lord’s Cross and My Cross.’ We talked about Jesus Christ who was also tortured, scourged and gave His life, and His words on the cross were, ‘Lord, forgive them, for they know not what they do.’ That is, we wanted to make young people understand what forgiveness is, and help them understand that hatred, in fact, burns ourselves, and we can’t spend energy on that because we have to defend our homeland and do what we can, each in our own place. Our main intention must be love.”

A Conversation with Arctic Canada’s Bishop Krótki of Iqaluit
At ‘Anna’s House’, to live again.