Since 1990 Father Vincenzo Bordo, OMI has been providing shelter and care services to the homeless in the suburbs of Seoul.

He has been awarded the Ho Am Sang Prize, the Korean Nobel Prize for community service. And not by just anybody, but by the giant Samsung. He has never stopped wearing the apron of a helper-cook in his oasis on the outskirts of Seoul, called ‘Anna’s House’. He is Father Vincenzo Bordo, a missionary Oblate of Mary Immaculate, originally from Piansano, a small town in the Viterbo area, who in 1990 was sent as a missionary in the Land of the Quiet Morning. Here he found his ideal place in Songnam, a dormitory town on the outskirts of the South Korean capital, the homeland of Cardinal-designate Lazarus You Heung-sik, prefect of the Dicastery for the Clergy.

This great missionary shares with us that, “Initially, with the help of some generous and good lay people, we opened an evening canteen in a small, old, abandoned and run-down warehouse that the neighbouring parish had kindly made available to us. We offered the needy only 80 meals three times a week. But listening to their needs, we extended first to 4, then to 5 and finally to 6 evening meals. Meanwhile, a doctor and his team made themselves available to run a free clinic. Then came the turn of a lawyer.” 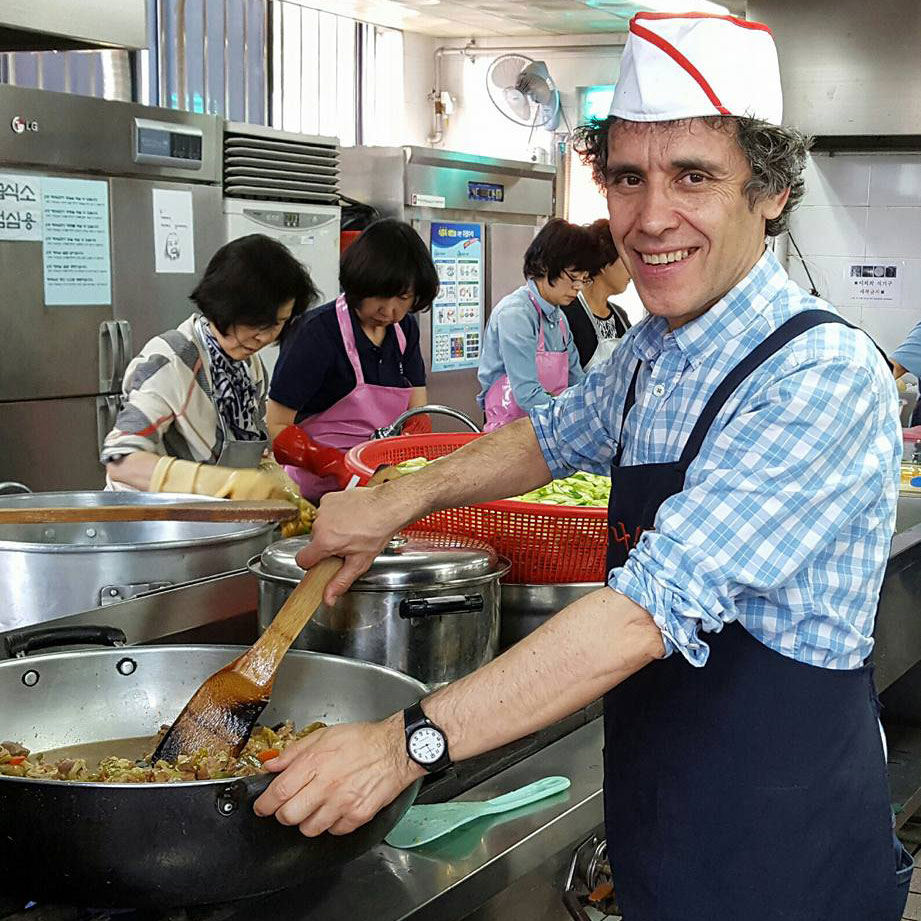 “The canteen, as well as the other services, was always our priority. But that was not enough. I decided to visit families in the slums and realised that many children were motivated by the desire to study, but did not have access to schools because they did not have enough money,” continues Father Bordo. “So, in 1994, with the help of about forty university volunteers, we started an after-school project, called Sharing, to offer not only study, but also sport, music, film forums and much more. It was practically a small oratory.

He adds, “Today the programme is more structured. It has a different name, Ajit, and involves the service of a shuttle bus that four times a week goes out at night to minister to young people living on the street, so much so that since 2015; 39,759 young people have been rescued. This is flanked by the Purumi shelter, the first centre dedicated to the youth, which, thanks to a series of targeted projects, helps the young guests to reunite with their families. For those who wish to find employment, there is the Sharing-house. It is a fully equipped facility where you can stay until you are able to earn money and set up your own business.

Working at ‘Anna’s House’ is not easy and the pandemic has created quite a few problems. “At the beginning there was a lot of fear, so much so that the authorities ordered the closure of all the canteens in the city, including ours,” explains Father Bordo. “I opposed this in a resolute and determined manner, convinced as I was, and still am, that this was the time to be more present and closer to our poor by providing them with more substantial and nutritious food to combat covid. Among the people who come to dinner with us are 12 ninety-year-olds, 154 eighty-year-olds and 243 seventy-year-olds. For the sake of these most vulnerable and fragile people, therefore, it was a moral imperative to continue distributing meals and other services” 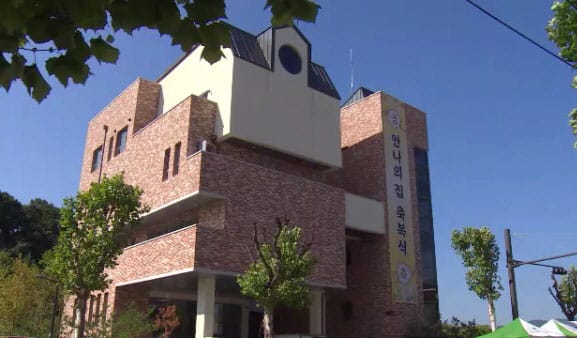 But the new health regulations were very tight and, as it has happened elsewhere in the world, any form of gathering was forbidden. However, on this occasion Providence came in the form of the parish priest of the neighbouring parish of Seongnam, Father Andrea, who made available the large square in front of the church.

“First of all,” resumes Father Vincenzo, “we indicated the places where we could stop, to ensure a safe distance. At the entrance, a team of volunteers measured body temperature, distributed masks and applied disinfectant gel on the hands of our guests. Inside the canteen, another team took care of the kitchen”. And the cookers at ‘Anna’s House’ are comparable to those of a large restaurant if you think that to prepare 750 dinners, 160 kilos of rice, 140 kilos of meat and 60 kilos of kimchi (the fermented vegetables of the local cuisine) are needed.

“A third team took care of packing everything into a lunch box,” he adds, specifying that, “at the end of the meal, the rubbish was collected amidst the discontent of the residents who, faced with the bustle of people, thought it best to denounce us to the authorities. We were even insulted in the streets because we were considered to be covid carriers”. Fortunately, the packed-dinner experience will come to an end in a few days and so, after a two-and-a-half-year stop, Father Vincenzo’s friends will return to some kind of normality. 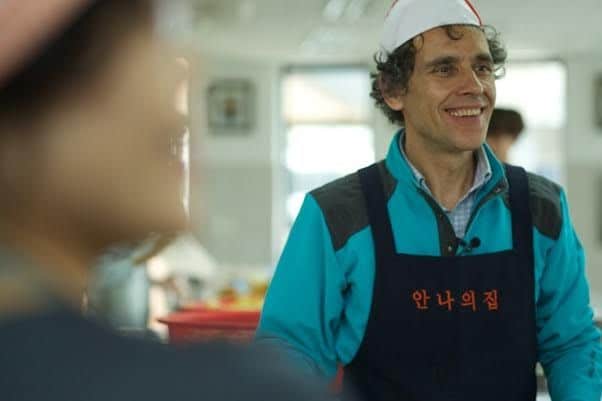 In this long journey with the poor, the oblate missionary says he is convinced that he has learnt a lot from them: “They have taught me that life is always a gift even in misery and difficulties. I have seen many suicides among the rich, but never among the poor. From them I have also learnt that suffering is not a punishment from God, but an opportunity for human and spiritual growth, because once you have to deal with pain, afterwards you are no longer the same: either you become better, purified or you get angrier and damn yourself even more.”

In 2015, thanks to a special presidential decree, Father Bordo was granted a Korean passport. ‘A special act, because Koreans cannot have double passports,’ he points out. On that occasion, the then Minister of Home Affairs told him, referring to the name Father Bordo himself had chosen, Kim Ha Jong (Servant of God): “By honouring this name you taught us to serve the poor and showed us a beautiful face of God.”

But what is the dream of this great missionary Oblate of Mary Immaculate today? “I dream of a world without so many poor people,” he adds, “a world populated by children capable of welcoming, caring for, loving their elderly parents without abandoning them. I dream of a world without so many elderly people stretching out a wrinkled, trembling hand to others to receive a hot meal. I dream of a society with social care facilities. “Above all,” he concludes, “I dream of the day when I will go to our ‘Anna’s House’ and there will be no more beggars at the door and in the streets, and I will be able to close the doors and throw away the key, far away. Because at Anna’s House one goes there to live again.”