The 37th General Chapter of the Missionary Oblates of Mary Immaculate began this morning and will last for a month, until  October 14, at the Ad Gentes Center in Nemi, near Rome. 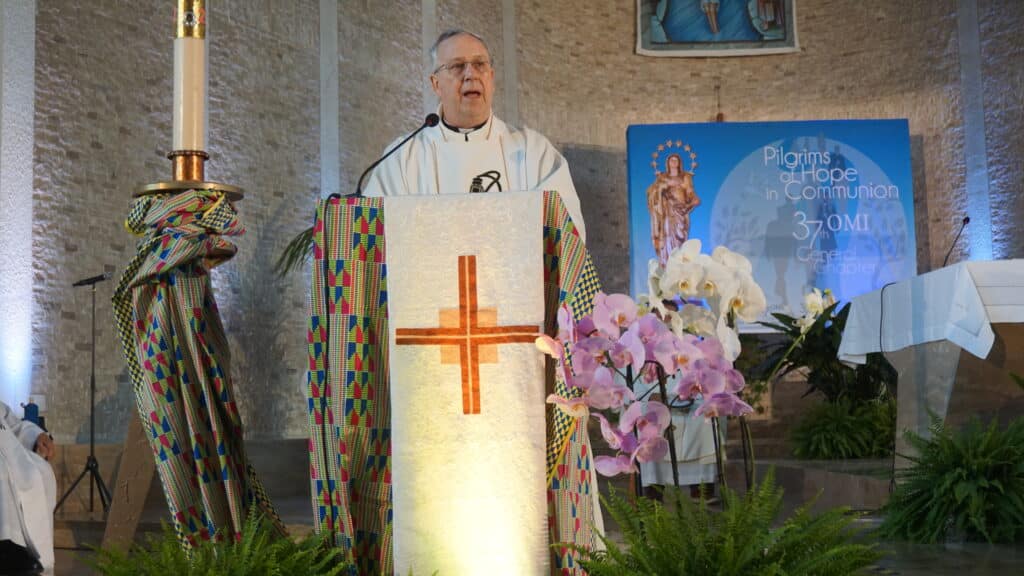 A solemn Eucharistic celebration took place at 9:00 a.m., presided over by the Superior General, Father Louis Lougen. Present were the Capitulars, the auxiliary personnel and seven  invited lay people, plus some Oblates and lay people from the Rome area. 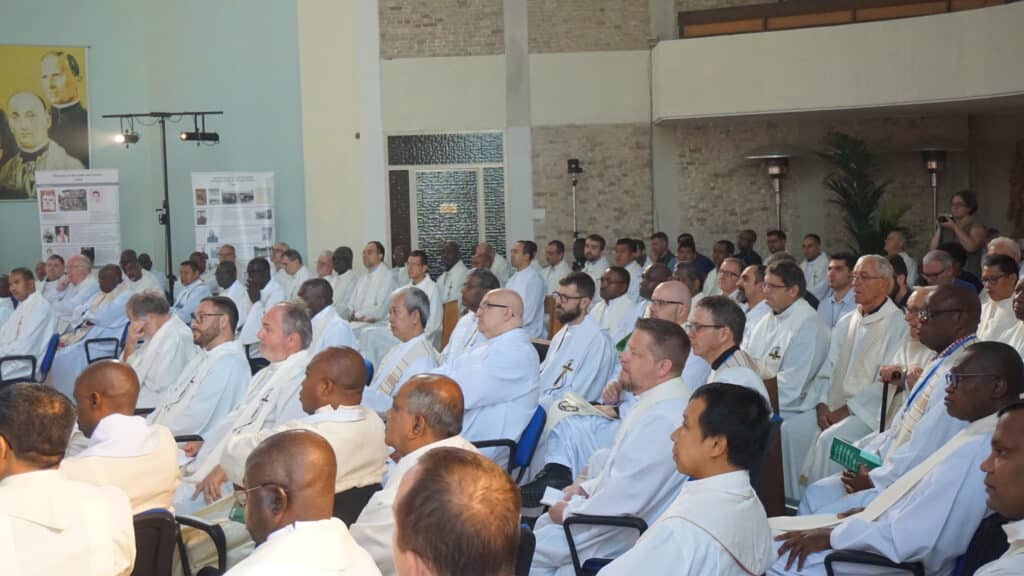 After a brief pause, the Capitulars gathered again in the chapel to invoke the Holy Spirit and to make a solemn procession led by a large Oblate crucifix to the hall where the plenary sessions will be held. 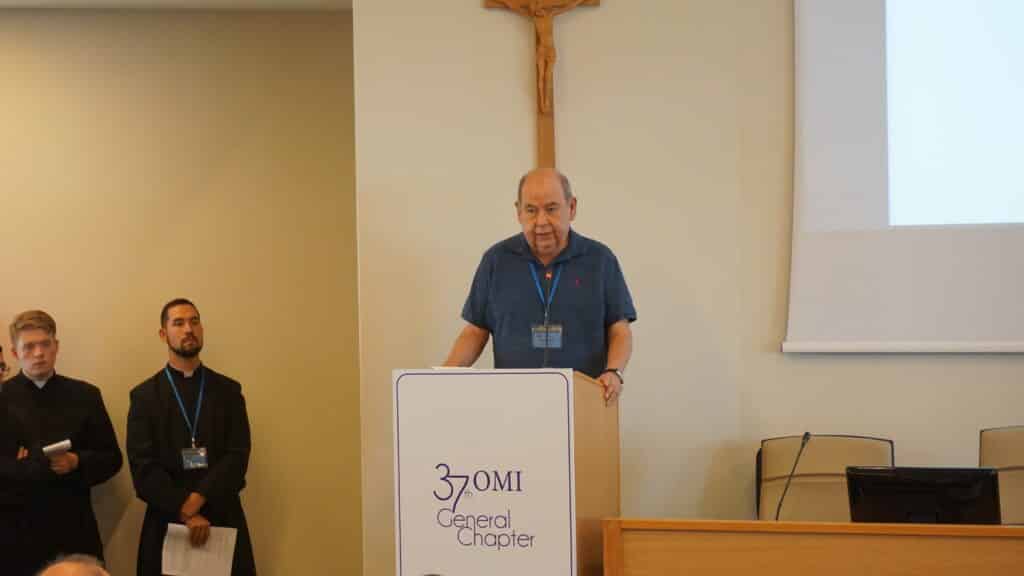 Father Tom Ovalle, the Chapter Commissioner, began with a roll call of the 78 capitulars. The Superior General then thanked the Chapter Commission for their work and introduced the auxiliary personnel. There are  44 Oblates with different functions (moderators, canonical consultants, secretaries , translators, liturgy personnel,  communications and  technical services, and hospitality, etc.). 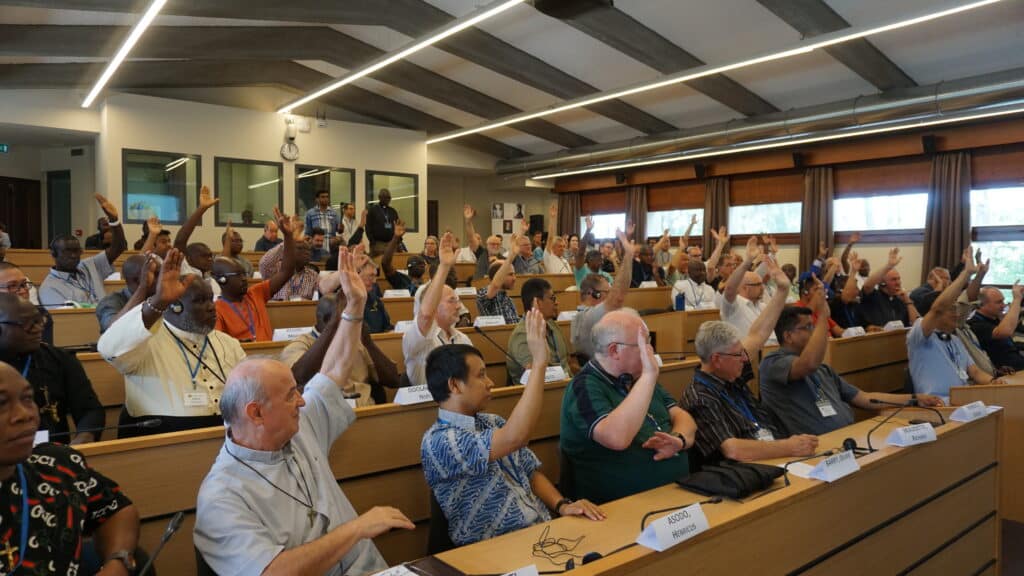 Announcements  followed, especially explaining how the participants will be able to use digital tablets to conduct the affairs of the Chapter, since it will be a “paperless” Chapter.

In the afternoon, the Superior General presented the Chapter Directory, which explains the norms to be followed during the Chapter. It  was unanimously approved by the Capitulars.