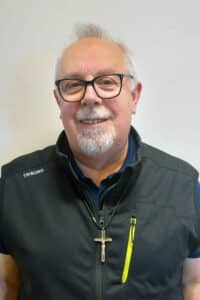 On Tuesday, 4 October 2022, the 37th General Chapter of the Missionary Oblates of Mary Immaculate elected Fr. Jorge Albergati, O.M.I. as the General Councilor for the Latin America Region for a term of six years.

The election took place at the Centro Ad Gentes in Nemi, Italy.

He professed his First Vows as a Missionary Oblate of Mary Immaculate on 22 January 1989, and was ordained a priest on 8 October 1995.

Following Priestly Ordination, he served in Parish Ministry from 1995-1997.  From 1998-2003, Fr. Albergati served as Vocations Director in Uruguay and Venezuela. From 2003-2007, he was assigned as Superior of the Prenovitiate.  In 2008, he was appointed as Provincial Councilor where he served until 2013, when he became Superior of the Delegation of Uruguay.  Since 2018, he served as Provincial of the newly formed Province of Cruz del Sur.