Written by Robert Ellsberg, from the “Blessed Among Us” feature in the November 2022 issue of Give Us This Day www.giveusthisday.org (Collegeville, MN: Liturgical Press, 2022).  Used with permission. 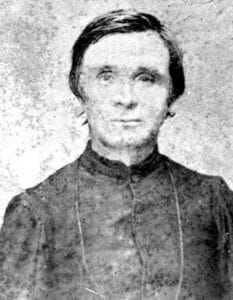 Pierre Yves Kéralum, who was born in the Brittany region of France, trained as a skilled carpenter before answering a call to the priesthood at the age of thirty. After deciding to enter the Missionary Oblates of Mary Immaculate, he was ordained in 1852 and immediately assigned to the order’s mission in Texas.

His first assignment was to Galveston, where he helped establish a Catholic seminary-college. Kéralum was skilled not only in carpentry but in masonry and design, and he played a key role in building churches throughout Texas, including the Gothic-revival cathedrals in Brownsville and Laredo. He also joined other Oblates as circuit-riding missionaries, tending to Catholics on far-distant ranches and pueblos. The priests, who traveled by horseback, were known as the “Cavalry of Christ.” 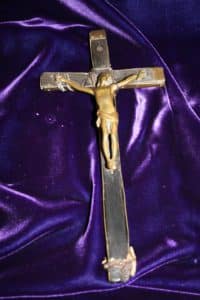 Fr. Kéralum was particularly beloved for his kindness, generosity toward the poor, and ardent faith. Msgr. Jean Odin, the first bishop of Texas, remarked to the Oblate superior: “The first time I met your Fr. Kéralum, I took a liking to him: he is so good, so candid and above all so respectful, that one cannot help but love him with a singular affection.” That estimation was widely shared. The Mexican people called him “el Santo Padre Pedrito.”

As he grew older, Fr. Kéralum’s health and eyesight faltered. On November 12, 1872, he set out from a ranch. His riderless horse returned, but he was never seen again. Ten years later his remains were found in the wilderness.

“We must lead men to act like human beings, first of all, and then like Christians, and, finally, we must help them to become saints.” —St. Eugene de Mazenod, in the 1825 Manuscript of the Rule of the Oblates of Mary Immaculate.