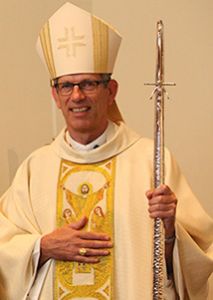 Learn who you are in the eyes of God

Mark Stuart Edwards was born in Balikpapan (Indonesia) on 14 June 1959. On 17 February 1984, he made his final religious profession. He was ordained a priest on 16 August 1986 in Melbourne. He has ministered as a teacher and principal of Oblate secondary schools for 15 years and as a formator and a lecturer in Philosophy for 12 years. He has also served as a counsellor of the Australian Province of the Oblates of Mary Immaculate from 2001-2012. On 17 December 2014 Fr. Edwards was ordained an auxiliary bishop of Melbourne.

I went to an Oblate school,MazenodCollege, in Melbourne. It was the local Catholic high school and my mother, being a devoted Catholic, was instrumental in sending me there. It was there I first met the Oblates. It was particularly providential, the time I was there in the school. When I was a student, the Oblate Province in Australia had just made a decision to start a mission in Indonesia. Some of the Oblates who taught at the school went to the mission and I heard many interesting stories about them. I think one of the things that captured my imagination was the idea of being a missionary.

Fr. John WOTHERSPOON is the one who comes to my mind first. He developed a close rapport with the class and was very friendly. He even visited homes of his students and I remember him visiting my home. Eventually Fr. John went to China as a missionary. He is working in Hong Kong with the people in prison. His closeness to the people and to the students certainly attracted me. Fr. John SHERMAN planted inside me the seed of vocation while still in school. Fr. Kevin DAVINE was also another Oblate who gave his life for students and he was very friendly and positive. 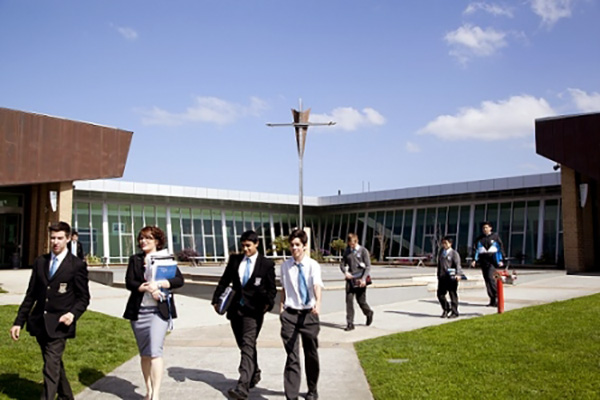 One was the fact that the Oblates were missionaries. Secondly, I was fortunate to associate with so many good Oblates who were very kind to us while in school. There were six of them living in the school and working. I saw the witnessing value of their community life and I too wanted to live a community life like them. These were the three main elements that influenced me to choose the Oblates.

Yes, I made the decision to join the Oblates when I was in grade 12 and I may have just turned 17. When I expressed my wish, the Oblates suggested me something else. During that period, the Province had started this new program where candidates live with the Oblates for some part of the year while working or studying. Therefore, I was asked to pursue the first year of my degree in the university while spending a part of that year with the Oblates. There I studied physics and applied mathematics. After a year, when I reapplied to join the Oblates, they said, “You are doing so well in the university, why don’t you complete your studies and then join us?” I was very disappointed at that time. Now in the hindsight, I think I was very immature then, so they wanted to give me time to reflect. Then after completing my studies in the university, I finally joined the Oblates. 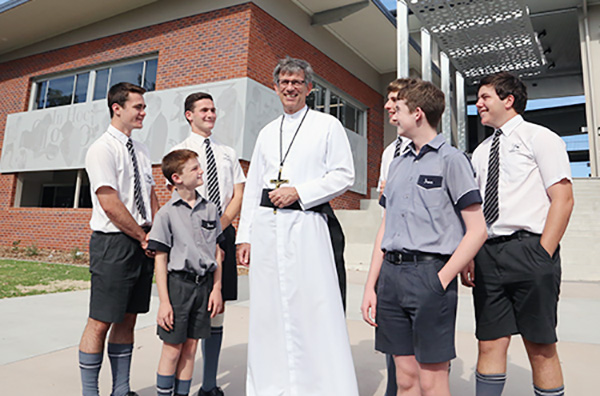 There are social hurdles in becoming a priest in Australia. Priesthood and religious life are not held out as ideals for people. Certainly, it is not a step up the social ladder. Therefore, I was afraid of what other people would think, so I did not tell them. Yet to my surprise, I did find that when my decision became public information, my family and friends were very positive and supportive.

The attraction was to be a foreign missionary. I remember at one stage making a ‘deal’ with God. I told Him “I would do anything for you, Lord – being a foreign missionary, living in community, working in parishes, hospital chaplaincy, anything – but please don’t send me to a school.” My very first appointment was to go to schools! I never worked as a foreign missionary, but I suppose in some ways, what culture is more a foreign culture than the young culture of Australia. Then I gradually started to see myself as a missionary in that culture. 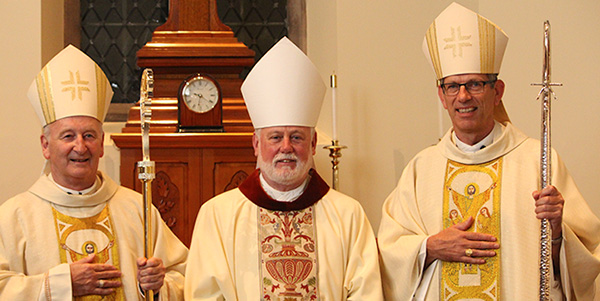 I have to say that God has always been right. I was very unhappy going to schools initially, but then I enjoyed it, and then I think I became quite good at it. I then got a very big surprise when the Provincial asked to go to the seminary as a formator. Although the life in the seminary was different from that of the school, some of the skills that I had learnt as a teacher were very helpful as a formator. Then when I went back to school being principal, my experience as a formator and a leader in an Oblate community helped me to be a better leader in the school. Actually, a principal is a formator. He is also a leader both to a community of teachers and to a community of students. When I look at my life in hindsight, in each step I have learned something that I have needed for the next step. God has always been preparing me for the next mission. Now that I am a bishop, I trust that God has been preparing me for this as well. Maybe in all of these, the most important thing that God is doing maybe, is preparing me for Him.

A big challenge for me is to live outside of an Oblate community. In my life, all I wanted was to contribute to the Oblate project, living in Oblate communities. It may be because I loved the congregation since my childhood. I always lived in communities and the smallest community I lived with was three. The support I had for prayer, the friendship and the encouragement received to live the Oblate ideal were all wonderful. Now that I am on my own, I feel the absence of such a community life. In fact, I expressed my concern to the Archbishop of Melbourne.Sohe has placed me in a presbytery with a parish priest. We pray evening prayer together, we eat together and I really appreciate that. Nevertheless, it is still a challenge to live outside of Oblate community.

It was in Canberra the Nuncio delivered me the news that Ihad been appointedthe auxiliary bishop of Melbourne. Eventually he drove me back to the airport. There, a feeling of sadness overcame me because I was aware that this would take me away from the Oblate community and from contributing to the Oblate mission.

Other challenges are the same as for any other Oblate. The challenge to be holy is the basic daily challenge. There is no point of being a missionary if you are not in love with Jesus Christ and it is the same for a Bishop. Iam still challengedto develop in my relationship with Jesus Christ. 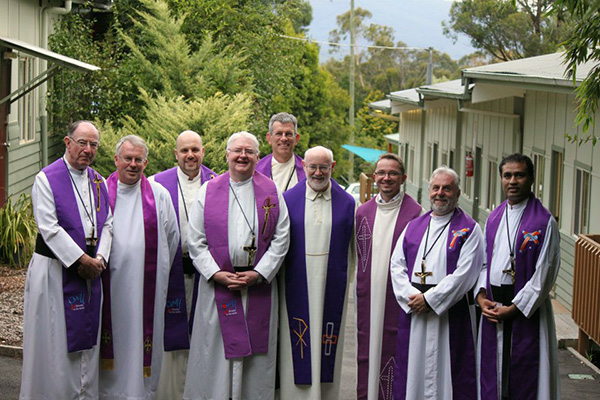 Normally I am better in encouraging than challenging(laughs). Therefore, I would encourage my brothers in two areas.

One is ongoing formation. We need to continue to convert ourselves, as the last Chapter rightly suggested, in order to get closer to Jesus. We have to be involved in nourishing the intellectual, spiritual, physical and emotional aspects of our life. As Oblates in general, our work dominates and we are busy people. Sometimes this busyness stops us from giving appropriate attention to important aspects of life like prayer, reading, exercise friendships and family bonds. 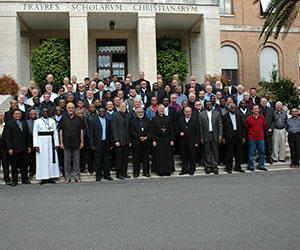 I also encourage the Oblates not to be scared to be real community leaders.Honestly listening to what the community is saying,encouraging genuine discussions, arriving at a wise decision, then to help the community to hold to that decision and helping them to be accountable are all challenges that a good leader faces. The courage and wisdom for such a leadership only comes from the Holy Spirit. Possibly one can’t be a Christian without being a leader.

My understanding is that when Frs. Eugene,Tempierand others first came together they believed that their life together would bring them to God. Reflecting on that point might bring us right back to who we really are. That is what happened to Eugene deMazenod. The more he realized how much Jesus loved him, the more his heart responded. As his sons, how do we grow closer to Jesus? Spend time praying and reflecting on how much Jesus loves us. When you do that there is no other choice left to you than loving Him back.

“Learn who you are in the eyes of God” – the famous saying of our Founder – is my motto as bishop. I chose it as my motto because that is what I wanted to tell to the people of Australia as well.