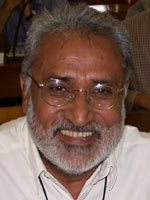 Next door to the poor

When you ask me, “What do the Oblates do to fight endemic poverty that affects so many countries in this world?” the first thought that comes to me is the image of the first Oblates I met as a child. My youth was spent in Laredo, Texas; a border town between the US and Mexico.

In my parish, there were Oblates from the Netherlands (Richard Janssen), Italy (Vladimir Manente), Spain (Leoncio Maria Roque), Ireland (William Grant), Germany (Philip Stober), and from the United States / Chicago (Joe Kennelly). That which I couldn’t interpret conceptually in that young time in my life, I remember now with much clarity and gratitude.

What were those men doing so far away from their native countries? Laredo was, and still is, one of the poorest towns in the US, with salaries still much lower than minimum wage in the richest country in the world. Those men put themselves literally – physically – “next door” to the poor. They served in the parishes of Mexicans; they lived in our neighborhoods; they became our friends, our allies; they defended our causes; they ate the same types of food we ate. In other words, they placed themselves in complete solidarity with those they worked with. .

I am telling you what I lived fifty years ago. Although the forms and concepts to identify the essential characteristics of the Oblates have changed, there is something that has not changed which continues today: solidarity with the world of the poor. I note that fifty years ago, we did not even use the term “the poor” – we spoke in other terms – but the same generosity continues, the same devotion, the same interest to eliminate the causes of poverty.

You asked me, “What do the Oblates do? Well, that depends on the needs, from country to country, and it also depends on what that same reality lets you or does not let you accomplish. Paraguay is not the same as Cuba; the Philippines are not the same as Australia; and the Democratic Republic of the Congo is not the same as South Africa. I do know Latin America, and there, the first thing the Oblates do is choose the poorest places to minister, where there is ongoing poverty. We ask the Bishop, “Which are the poorest places? Where is there the most need for missionaries?” It is there that you will find the Oblates – in solidarity, physically with the poor, to become experts in understanding their problems. In the majority of the countries where we serve, there is what we know as Religious Communities Placed in the Midst of Poverty (CRIMPO, in Spanish). It is the first condition in which we put ourselves – to live “next door” to the poor. This is also the preferred and privileged place to have our Oblate formation communities. We want our young Oblates to understand this dynamic of the incarnation of the same Lord Jesus, who was in solidarity with us in all things but sin.

And, from what I know, we also live this, to a certain degree, in other missionary locations: with Latin Americans in the US; on the reservations of the native peoples in Northern Canada; in the mountains of Lesotho; among Muslim populations of Mindanao, Philippines; and in the villages of Zambia.

Since the time of the Founder in Aix-en-Provence, France, prisoners enjoy a privileged place in the heart of an Oblate missionary. I recognize that we can’t always visit them, but in my missionary life, I have met many Oblates that truly prefer to minister to them. Oblates served in the old Texas Province with those who were condemned to the electric chair in Huntsville, TX; in São Paulo, Brazil, the now legendary Fr. Chico Reardon gave many years of his life in service of the imprisoned; in my first assignment, Salina Cruz, Oaxaca, Mexico, Fr. Richard Junius introduced me to this ministry that is still continued today by Bro. Ernesto Magán, and a German Oblate whose name I don’t remember who visited us in Asunción, Paraguay. In my case, during my time in Cuba, I asked Cardinal Jaime Ortega, Archbishop of the City of Havana, Cuba, to grant me permission from the Party to visit prisoners in a jail next to our parish. The authorization took three years to arrive…and it did so five days before I was to leave for another assignment. I hope it’s easier to get the next time I serve there! 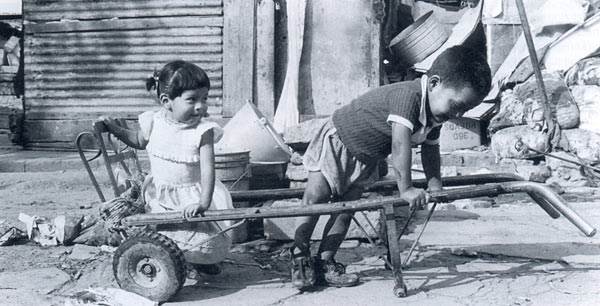 Those without land, without housing, without work, without food, without good health, without hope … these are the people that we find in great numbers in our ministries. It is sufficient to visit any of our parishes in the Southern Hemisphere to find them. Many of our parishes in the Northern Hemisphere also serve minority populations in these circumstances of life. What is beautiful is that you will always find an Oblate serving them. In São Paulo, Brazil, Fr. Miguel Pipolo has spent many years working with the Episcopal Pastoral Conference for Those Without Land; in Peru, Bro. Blaise Macquarrie has dedicated his entire missionary life to the construction of thousands of houses for the homeless and those displaced by violence; in Guatemala, Fr. Larry Rosebaugh dedicates hours and hours every day to be with and serve people with HIV who live in the streets. In México, my country of origin, I have been lucky to have known many missionaries that have given their life for the poor. I mention just one as an example, Fr. Roberto Biasiolli, OMI, who, leaving the frozen winds of the North Pole, immersed himself in the warm tropics of the Isthmus of Tehuantepec, where he lived along with the indigenous Icotz of San Mateo del Mar for over 26 years. These Oblates that I know can be found throughout Africa and Asia, and in Europe and North America as well. Although I have never been to Sri Lanka, I know of Oblates who are very committed to the peace process of the island, living, literally, a situation that puts their own lives in danger. I admire them very much! 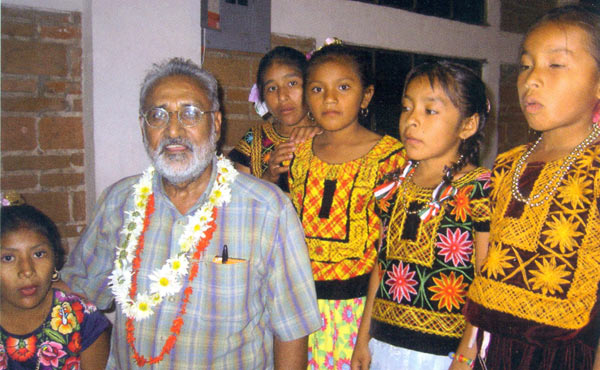 Today, we reap the benefits of those that planted the seeds long ago. The example left to us by our ancestors moves us to go to new places to make heard the voice of the poor. Fr. Gregorio Iriarte gave us an example, dedicating his time to the study of poor countries’ foreign debt, and Bro. Gilberto Pauwels continues the work in Bolivia in national forums, encouraging governments to raise their consciousness, to approve legislation to protect the environment in contrast to the multinational corporations that follow harmful practices.

In the United Nations in New York, and in international forums, like the World Bank and the International Labour Organization, we also have an Oblate presence that makes the voice of the poor heard, demanding fair treatment from governments and multinationals. Frs. Seamus Finn and Daniel Le Blanc collaborate with other religious, making sure that “the powerful” of the world hear “the voice” of “those without a voice”.

In Rome, the voice of the poor also reaches the corridors and hallways where the Superiors General meet in their Committees on Justice, Peace, and the Integrity of Creation, in the person of our Superior General, Fr. Wilhelm Steckling, and Fr. Oswald Firth, First Assistant. I am certain of their interest and dedication in this ministry for justice and peace.

All this, dear interviewer, is done as quietly as possible. We are in almost 70 countries, and in all of them, you will find Oblates involved in a thousand types of work for justice and peace. In the silence of the night, or the noise of the middle of the day, I will find, I am sure, an Oblate helping a man, a child or an elderly lady in need. Without drawing attention to ourselves, we Oblates are making many types of efforts to relieve and combat the endemic poverty that affects so many countries in the world.