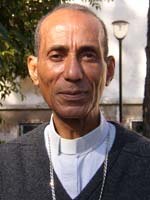 Afro-American Missionaries carry on the work of Saint Peter Claver

During his recent sojourn in Rome, we met with Bishop Pierre-Antoine PAULO, OMI, a missionary among the Afro-Americans in Cartagena de Indias, Colombia, until he was called to serve as bishop in a diocese that is no less missionary, Port-de-Paix, in his native Haiti.

It was somewhat accidental. I knew the Missionary Oblates since I was very young, in my original Christian community, the flagship of the Missionary Oblates in Haiti, Camp-Perrin, one of the first parishes they accepted. I was attracted by the example of their contagious enthusiasm and their commitment to pastoral and missionary work, not only in my parish but also in the rest of Haiti. They spread throughout the country as missionaries and evangelisers; therefore it is no wonder that they are the largest male religious congregation in Haiti. All of that made an impression on my young soul. I remember that when I was already in the Oblate seminary, a priest who worked in the diocesan seminary tried to get me into his seminary, but my life had already taken a definite direction: religious life and the missions.

After I made the novitiate and my first vows in the United Status, they sent me to Rome to continue my studies. After being ordained a priest, I returned to Haiti where they asked me to study to become a teacher. I told my superiors that, if it were up to me to decide, I would choose pastoral work with the people, but they were perfectly free to send me where they wished. They assigned me to parish ministry. I spent my first years of ministry in two parishes; I really loved that work. Six years later, they assigned me to the formation of future missionaries. As a formator, I experienced all the stages: vocation ministry, novice master, superior of the scholasticate (major seminary). I worked a lot on pastoral restructuring, encouraging coordination with other priests and with religious of other communities. Then there fell upon my shoulders the responsibility of Provincial Superior of Haiti. I gave up formation ministry to dedicate myself totally to this new ministry: the animation and guidance of my brother Oblates. I was able to open for them the doors of a mission “ ad extra.” We tried to found a mission in the neighboring Dominican Republic, but that effort did not succeed so then we looked toward Columbia.

As President of the Conference of Religious in Haiti, I took part in a meeting of CLAR (Latin American Conference of Religious) in Colombia, and there I discovered a very interesting situation: the presence of Afro-Americans. There are many Blacks in Colombia, especially in the north, just as in Haiti. I spoke with the Apostolic Nuncio and told him what I was thinking and the attraction I was feeling. He directed me to Cartagena de Indias and put me in contact with the archbishop of that diocese who opened wide the doors for us. We would be able to continue there the apostolic work of Saint Peter Claver among the Blacks.

We also opened a formation house in Bogotá to bring in candidates, but it is especially in the north, primarily among persons of colour, that we are concentrating our pastoral work. The archbishop entrusted us with a parish in the city, but we work especially in the countryside. We take care of 13 parishes or chapels in the villages.

It’s been just a few years since we arrived in that country, so the majority of the missionaries are from Haiti, but there are already some Colombians, most of them in formation. How many? I cannot say since I am no longer there.

I was working in Colombia where I was very happy and where I would have been delighted to stay. But in 2001, after seven unforgettable years in Colombia, the Apostolic Nuncio of Haiti called me to tell me that it was time to return to my native country. He asked me to become the Coadjutor Bishop of Port-de Paix.

No, there is another, Archbishop Hubert Costant, ordained a bishop in April of 1991. His diocese is Cap-Haïtien, and until recently, he was President of the Bishops’ Conference.

Port-de-Paix is a very small diocese. Haiti itself is small (27,750 square kilometres). It is one of the oldest dioceses in the country, located in the Northeast region. It is 2,330 square kilometres in size and has a population of 600,000 inhabitants. 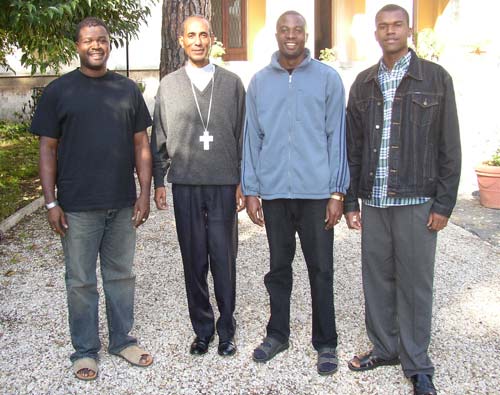 Bishop Paulo with the Haitians at the General House.

As in the whole country, the great majority are baptized Christians, Catholics. Well, they are practicing “Christians” in quotation marks. The common problem in all of Latin America is that very aggressive Protestant sects coming from the United States get in the way of our evangelisation and then have great influence on the people who have had less religious formation.

It is a complicated situation. President Aristide left the country and fled to South Africa. There is much oppression on the part of those who declared themselves against him. General dissatisfaction is growing in all sectors, even though it is a dissatisfaction that one could call “peaceful.” But there is another wave of armed discontent, very well armed: the former soldiers and the supporters of the ex-President. The army has been disbanded. Now the only force for public order is the police. When the “blue helmets” arrived in Haiti, it was for disarmament. They neutralized the armed revolutionaries. The armed “partisans” have hidden in the suburbs of the largest cities. From there, they make raids into other parts of the city; they kidnap people in order to get money and sometimes they kill them. This is paralysing the capital, Port-au-Prince, which is the hottest flash point; and since Haiti is so small, it paralyses almost the whole country. Thus, the country is not at war, but it is not a quiet peace.

As far as the Church is concerned, I can say that she has taken a position on the situation. Things have improved, but there are many unknowns. Now we have elections on the horizon and we are trying to be hopeful. In February, we will pass from a provisional government to one that has been democratically elected. The people are eagerly awaiting the elections. Three-fourths of the population can vote; that is how many who so far have picked up the document that permits them to vote. This will help us move beyond this crisis. The Church is following the process and encouraging the people in that direction.

The dilemma for the Church lies in the fact that Aristide is also a priest, and I do not say ex-priest, because of the perpetual character of this sacrament. Of course, he has been dispensed from his religious duties; he is married; he has a wife and two daughters. But those who voted for him the first time and are his fellow party members continue to see in him the priest whom they elected. This has been and continues to be very delicate for the Church, because when the Church took a position favouring Aristide, when the Church was supporting him, encouraging him, defending him, then one sector was saying: “Of course, that’s typical; they could not have said otherwise because he is a priest.” But when the Church had to oppose him, because there were things that had to be criticized, some Catholics, including some priests, were saying: “He’s one of ours and we cannot abandon him like that.” Thus, on one hand and on the other, the Church finds itself in a very delicate situation. But what I really want to emphasize is that the Church has been very open and farsighted in supporting the ex-President, advising him first of all to assume power, and then, afterwards, to give it up. In order to move beyond the crisis that one could see coming for some time, he was told that he had to look at things differently, that he had to turn over a new leaf, that there was another way to do things, and that what he had done was not good. To repeat, in spite of the criticisms from one side or the other, the Church has always been open and farsighted, and above all, always faithful to its evangelising mission. A second thing I would like to emphasize is that, in spite of all the problems, the Church continues to be a safe point of reference and a respected moral force, so much so that they always want a word from the Church, to know what position she is taking. The different sides listen to her and want to know how she is interpreting the situation.

No, it’s finished for him. He cannot try it for two reasons: because according to the Constitution he cannot be re-elected and therefore, the opposition cannot suggest it; and secondly, because, as things stand, his return is unthinkable.

As for the Church, the challenge at this time is the involvement of the laity and their formation. They are waiting for this formation; they want it. One senses the eagerness of Catholics to be more involved and they regret their own lack of formation. That is one of the biggest challenges right now for the Church in Haiti, the formation of the laity on all levels. If we can respond to that challenge, the Church will be able to make a big step forward.

Yes, for the Oblates, I want to emphasize our missionary thrust “ad extra.” Besides Colombia and Cuba, they have now answered the call of French Guiana. They are responsible for the mission in those three places: Cuba, Colombia, and Guiana. For Cuba, it is more complicated to obtain a visa, not a tourist visa, but a visa as a missionary; in other words, to obtain a residency permit for a year or two. According to what I have been told, one of them has obtained a missionary visa. Let’s hope that it’s not the exception that proves the rule. For Guiana and Colombia, thank God, things are different. 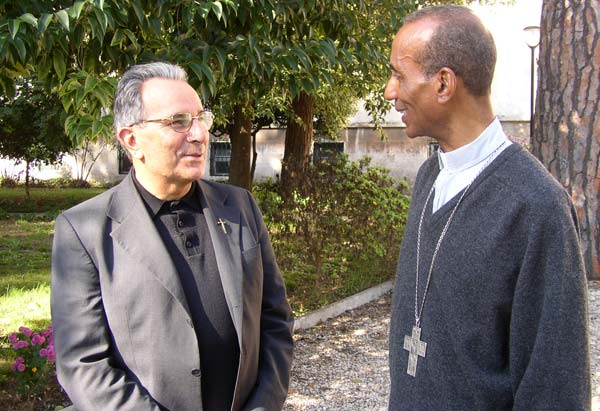 As for the rest, in Haiti there is an abundance of vocations and we Oblates are the favourites since we are the most numerous masculine congregation. Our missionary perspective is an attraction for young candidates.

We thank you, Bishop Paulo, for this information and we wish you a fruitful ministry in that portion of the Lord’s vineyard which the Holy See has entrusted to you.