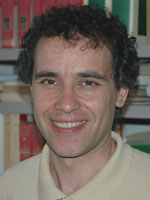 Mission to secularity in Korea

Vincenzo BORDO is one of the Oblates who started the mission in Korea and worked there since the beginning. During a short stay at the General House, he took a moment to share and reflect with us on his mission after 16 long years.

In 1986, Father General, Marcello Zago, called me and asked about my availability for Korea, a mission to be opened in the next few years. As motivation, he mentioned these three reasons:

1. South Korea is booming in conversions and vocations; as Oblates we will go there to have local vocations for the OMI Congregation;
2. We want to help the Korean church in the implantatio ecclesiae (spreading the Church) in the South;
3. We want to be ready to evangelize, with local Oblate vocations, North Korea and North China (Manchuria: a Korean-speaking region).

So, after four years of preparation, Mauro Concardi and I arrived in Seoul on May 12, 1990.

As soon as we arrived, we started to inquire about the Korean Church and society in order to understand the situation. We soon realized that the circumstances were very different from the expectations we had had while in Italy. We found out that the implantatio ecclesiae had already been accomplished. The Korean Church was very well organized and self-sufficient in personnel and in structures. All the bishops were Koreans, and for every parish, there was an average of two Korean priests. We also found that Korean society was, economically speaking, very rich, secularized, nationalistic and very proud of itself. We realized in a short time that neither the Church nor the country needed our presence there. 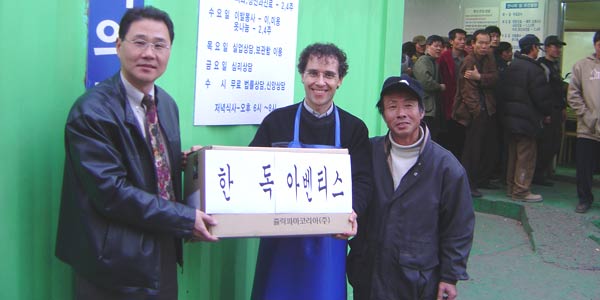 So we started, with the other two Oblates who arrived in the following years, Giovanni Zevola and Maurizio Giorgianni, a series of meetings, reflections, and seminars to help us understand our presence in Korea. We came to this conclusion: if the Church is a hierarchical institution (bishops, parish priests and teachers), they don’t need us. But if the Church of Jesus is a communion of charisms as Saint Paul said (Rom.12,4-11) and Vatican II teaches, then there is a place for us as religious in the prophetic ministry, and as Oblates, in the missionary dimension of the Church. So we wrote a short document in which we, as Oblates, identified four areas of involvement.

During this period, we got two more people: one from the Jaffna Province, James Jeyachandran and one from India, Varam Anthonysamy. Together we worked hard and well to accomplish our goals:

— Two of us began to work full time in recruiting and forming local vocations.
— We opened an office to help migrants and a center for street people.
— We worked as chaplains in the hospitals and helped the local church in the ordinary ministry on weekends.
— With the help of the Congregation, we bought two houses, one for formation and one for apostolic community.
— We wrote the “Statutes of the Korean Mission” which give us a method and a guide for working together.
— With the help of the Congregation, and in particular, of the Japanese Delegation, we built up our stable patrimony to help us to be economically independent.

The Immense Hope process has been a very good opportunity for all of us to reflect on our lives, our apostolate and our presence in Korea. We wrote a vision mission statement with four points:

* As Community, sharing our Oblate charism with the Korean Church in collaboration with the local church and in the formation of lay people;
* Continuing to work for the poor with their many faces;
* Continuing working for vocations and formation;
* Developing the community as a place of acceptance and healing.

And from that moment on, we started to work with this spirit and orientation.

If we look at this community from the traditional perspective of mission as implantatio ecclesiae, we would say that we have failed. In fact after 16 years in this country, we have just two Oblates in temporary vows and a few aspirants. We never got any parishes for normal ministry in the local Church. Nor have we gone to North Korea or China (Manchuria) as first planned. So we didn’t reach any of our goals. 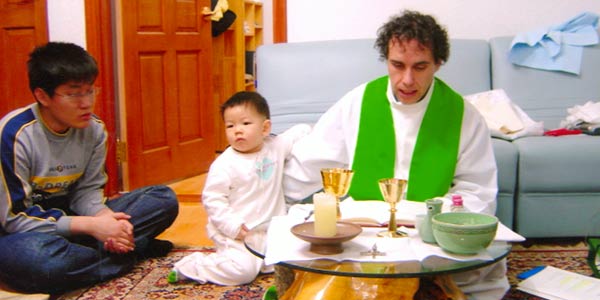 But if you look at this community in a different way, from the perspective of the mission to secularity as the Chapter recommended, such as the community in England and the one in Canada created to explore and to understand the meaning of being missionary in a contest of secularity and modernity, well, we have a lot to say and to teach to the whole Congregation and to the Church.

In common understanding, secularity is a cultural way of living without reference to the supernatural; modernity is the mentality that understands the world as dominated by technology and a complexity of relationships at the local and international level. Korea is completely immersed in this cultural context. In fact, it’s a very modern and rich country (the tenth largest economy in the world). It is also a secularized society. (When we arrived there, the Sunday Mass attendance was 80%; now we are below 30%!). In addition, this society is very proud of itself and has a strong sense of nationalism. For this reason, it doesn’t very well accept a foreign presence. As for the Catholic Church, they don’t need us and our money because it is a well-established Church, economically speaking, and with human resources. In spite of all these problems and difficulties, the name of the Oblates is well know and respected within society, considering our courage to face the most difficult and challenging problems within this society (foreign workers, hospitals, street people…) and within the local Church, because of our humble and constant collaboration with the local clergy and our work in the formation of lay people. For 16 years now, we are involved in the mission to secularity and we are doing quite well in this field.