Kahnawake is an Iroquois (Mohawk) area which was called Sault-Saint-Louis when the Oblates arrived there. For many years it had been known as Caughnawaga, a corrupted form of the Iroquois Kahnawake. It was established by the Jesuits in 1667, under the patronage of Saint Francis Xavier and the mission continued to be served by the Jesuits until 1783. The formation of the village began in 1716. It is situated on the bank of the Saint Lawrence River, opposite Lachine. Diocesan priests took over from the Jesuits and the last of these was Father Marcoux. He worked there for thirty-six years. The Oblates took over the mission in 1855 and continued to serve it until 1892. 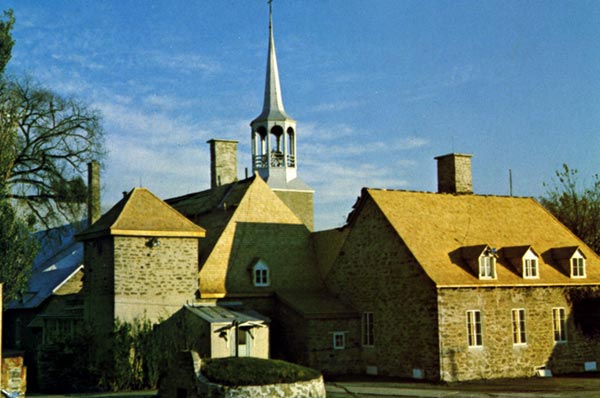 The first contact of the Oblates with the Mohawks dates back to the beginning of June 1843. That was when Father Jean-Claude Léonard replaced Father Marcoux temporarily. Four Oblates came to Kahnawake for the feast of Corpus Christi which was on the following June 15. During the years that followed the Oblates visited the mission several times. Father Joseph Eugène Antoine signed the parish documents from May 20, 1851 to September 11, 1853. That means that he spent several months there to help Father Marcoux and his stay there enabled him to learn the language. Bishop Ignace Bourget of Montreal entrusted the mission to the Oblates and Father Antoine was appointed director. He remained in that position until April 24, 1824 when Father Jean Claude Léonard took over. Father Nicolas Burtin spent a couple of years as assistant priest in this mission in the period 1855-1856. He returned as assistant from 1858 to 1864. He was then appointed director of the mission and he remained there until the departure of the Oblates in 1892. 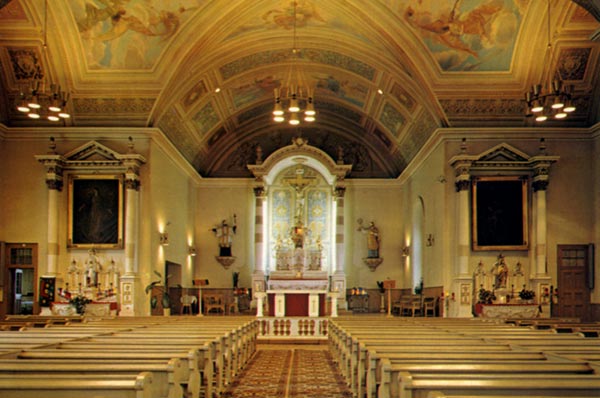 Kahnawake, Inside the Church (AD)

The Oblate novitiate was in Kahnawake from 1855 to 1858 and again from 1862 to 1864. Only a few candidates made their novitiate there. The Catholic population of the mission was about 1,500 Amerindians in a total population of 1,800 at that time. Altogether about ten Oblates were members of the community over the period. Father William Forbes, who was newly ordained, began his ministry there with Father Burtin in 1888. He succeeded him in 1892, was ordained bishop of Joliette in 1913 and appointed archbishop of Ottawa in 1928.

Blessed Kateri Tekakwitha lived in the mission from 1677 until her death in 1680, at the age of twenty-four. Her body is kept in the parish church. She was beatified by Pope John Pail II in 1980, three hundred years after her death.