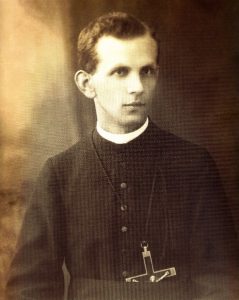 Father Józef Cebula was born into a modest family of Polish origin on March 23, 1902, at Malnia in southern Poland. He suffered tuberculosis as a youth. After an unexpected recovery, he visited an Oblate shrine where he shared his story with an Oblate priest. The priest advised Józef to study with the Oblates at the newly-established Oblate minor seminary.

At the age of 19 he entered the Congregation of the Missionary Oblates of Mary Immaculate. Following ordination to the Oblate priesthood in 1927, Fr. Cebula spent much of his ministry teaching Oblate seminarians (1927-1937). From 1931 on, he was the director of the minor seminary in Lubliniec. In 1937, he became novice master at Markowice (1937-1941), where his humility and gentleness were noteworthy. During this time he was also active in the preaching ministry and was much sought after as a confessor.

When the Nazis occupied Poland during the Second World War, they declared loyalty to the Church illegal. All Church associations were forbidden, and many priests were arrested. On May 4, 1940, the Oblate novices at Markowice were arrested by the Nazis and sent to the concentration camp at Dachau, Germany. Fr. Cebula was forbidden to exercise his priestly ministry and obliged to work in the fields. But at night, the zealous priest celebrated the Eucharist and administered the sacraments in the surrounding villages, until he was arrested on April 2, 1941. He was taken to a concentration camp at Mauthausen in Austria.

Known for his humility, Fr. Cebula was a man of quiet prayer with a deep spiritual life. He radiated peace in the very middle of the death camp, even when tormented by the Nazis. In Mauthausen he was harassed and forced to work hard, to break rocks in the quarry, simply because he was a Roman Catholic priest. Father Cebula was forced to carry 60-pound rocks from the quarry to a camp two miles away. He had to climb a 144-step staircase called the Death Stairs, while being beaten and insulted by his tormentors. The guards humiliated and mocked him by ordering him to sing the texts of the Mass while he worked. Three weeks later, Fr. Cebula suddenly summoned up his strength and said, “It is not you who are in charge. God will judge you.” The Nazis ordered him to run, with a rock on his back, towards the camp’s barbed wire fence, where a guard shot him with a submachine gun and declared that Fr. Cebula “was shot while trying to escape”. He died a martyr on May 9, 1941, in this volley of bullets. His body was taken to a crematorium and burned.

Malnia – Village of his origin 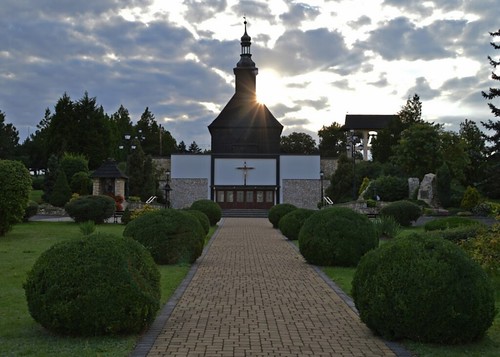