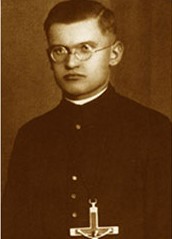 Father Ludwik Wrodarczyk was born August 25, 1907, in Radzionków, Poland, into the family of a miner. He finished elementary school in Radzionków and, in 1921, entered the minor seminary for the Congregation of the Missionary Oblates of Mary Immaculate in Krotoszyn. In 1926 he entered the novitiate, and, on August 17, 1927, made his first vows in Markowice. He entered the Oblate Seminary in Obra, made final vows August 15, 1930, and was ordained a priest on June 10, 1933.

He was first assigned to parish ministry. Fr. Wrodarczyk served as an assistant parish priest in Koden, and, then in 1936 he worked in the Oblate juniorate of Markowice. In 1939 he was sent to the newly created parish in Okopy in Ukraine, on the border with Poland, later Russia, and remained there during the Soviet occupation. Okopy was in the middle of Polish-Ukraine, the Roman-Orthodox dividing line. Fr. Wrodarczyk devoted himself to all in need. During the war he did not go back to Poland. 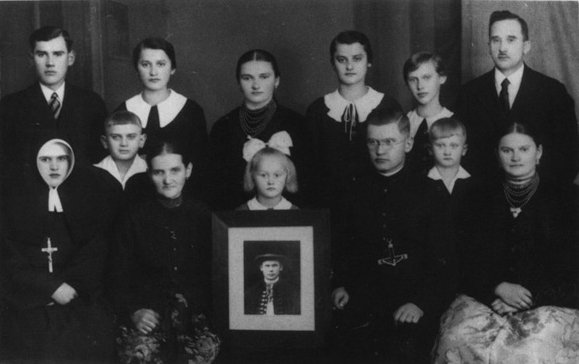 In early December, 1943, Ukrainian forces swept into Okopy, killing those villagers who had not already hidden in the forest. Fr. Wrodarczyk resisted when Ukrainian Orthodox nationalists wanted to destroy the church of Okopy.  On December 6, 1943, at night, during Mass in the church, Fr. Wrodarczyk was kidnapped. He was seized, flogged, and taken to the camp of his captors in Karpilowka, 7 kilometers from Okopy. There he was tortured almost continuously for two days: He was stripped naked, in the midst of freezing winter weather. He was tied to a tree as if crucified and used as target practice, without killing him; Spikes were stuck to his flesh, and his feet were burned with hot irons. A group of woman tried to get him to copulate with them, and he responded by falling on his knees in prayer. The women than put him onto a table, cut open his chest to expose his heart. He 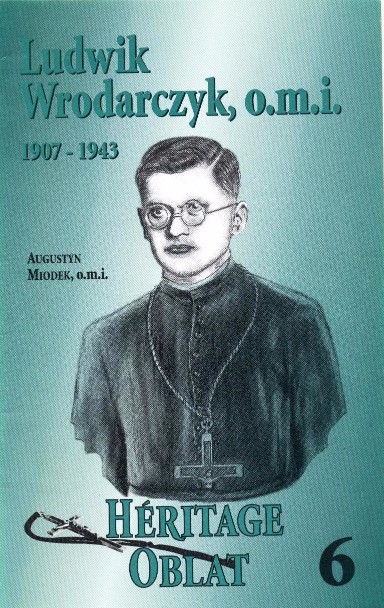 lay there alive for over twelve hours. Finally, he was taken outside and cut in two with a cross-cut saw, while bullets were fired into him. He died at Karpilowka December 8, 1943 – Fr. Wrodarczyk was put to death by cruel tortures because he was a priest.

The cause of his canonization was introduced officially in 1998. The diocesan inquiry began in 2016. Devotion to this Oblate priest is still very much alive in the hearts of the faithful. Today there is a empty field where, before the war, there had been a church and the village of Okopy. All that remains is a cemetery where the Oblates erected a cross with the inscription: “On the occasion of the 100th anniversary of the birth of Fr. Ludwik Wrodarczyk OMI (1907-1943), who died here a martyr’s death, remaining faithful to his vocation to the end.”