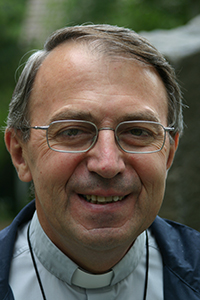 Fr Wilhelm Steckling was born April 23, 1947 at Verl in North Rhine-Westphalia, in the diocese of Paderborn, Germa­ny. It was during a parish mission in his village that he came to know the Oblates. After his seconda­ry education at the Gymnasium in Gütersloh, and then at the Oblate juniorate in Borken, he entered the novitiate at Engelport where he made first vows May 1, 1967. He did his scholasticate at Hünfeld and later at Mainz where he made his perpetual oblation on April 15, 1973. He was ordained a priest in his native parish of Spexard, near Gütersloh, on July 20,1974. The same year, he received his first obedience for the then Vice Province of Pilcomayo and left for Paraguay. His early ministry was among the rural Guaranis in the parish of Independencia, diocese of Villa-rica. He later worked in Asunci6n as a formator, notably at the pre-novitiate which is located in a working class neighborhood. In 1986, and again in 1989, he was elected Provincial of the Vice Province of Pilcomayo. He had just finished his term of office and returned to his work at the pre-novitiate when the 1992 General Chapter elected him second Assistant General. This new post made him a very close cooperator of Superior General, Fr Marcello Zago, in all that regarded the ordinary and extraordinary government of the Congregation. During those six years as Assistant, he was responsible for the formation portfolio. In that capacity he visited the Oblate houses of formation through­out the world, directed the revision of the “Norms for Oblate Formation”, organized sessions for formators in several languages, as well as a session for novice masters…. He was elected the twelfth Superior General of the Congregation in 1998, succeeding Marcello Zago, who had become the Secretary of the Congregation for the Evangelization of Peoples. The 34th General Chapter (2004) reelected Fr Wilhelm Steckling for a second term as Superior General of the Missionary Oblates of Mary Immaculate. He held that responsibility until 2010 after which he opted to go back to Paraguay as a missionary. On 21 December 2014, in the San Blas Cathedral of Ciudad del Este, Paraguay, he was ordained the new bishop of that diocese. 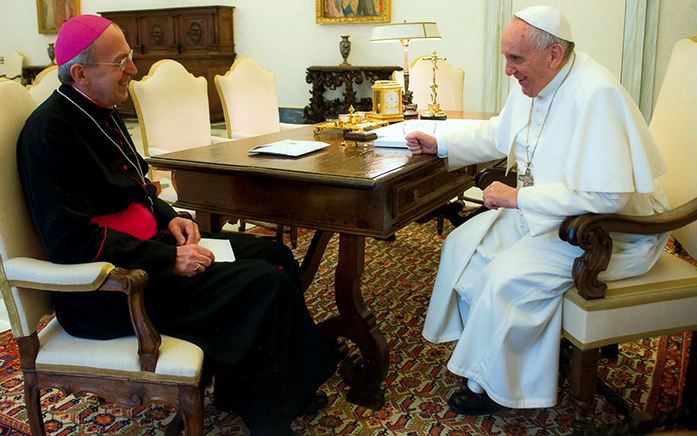