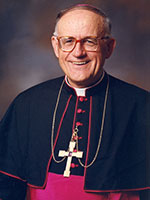 Marcello Zago was born on August 9, 1932, in Villorba in the diocese of Treviso in northern Italy. After two years of theological studies at the diocesan major seminary where he received the first two minor orders, he entered the novitiate of the Missionary Oblates of Mary Immaculate at Ripalimosani in 1955. He received the first obedience for Laos May 22, 1959, and on September 13 was ordained a priest at Villorba. He pronounced his perpetual vows two weeks later September 29, 1959. Shortly after he left for Southeast Asia in order to study the languages there. Two years later he was appointed superior of the Oblates who were doing their pastoral year at Sriracha in Thailand.

Father Zago was a missionary and a formator in Laos from 1959 to 1966 after which he came back to Rome as a member of the formation team of the Oblate International Scholasticate. He pursued studies in Buddhism and received a doctorate in missiology from the Pontifical Gregorian University. Returning to Laos in 1971 at the request of the Episcopal conference of Laos-Cambodia he founded and was in charge of the Center for Study and Dialogue with Buddhism until 1974. In that capacity, he accompanied the Buddhist delegation received in the Vatican by Paul VI in 1973. The following year he took part in the first Assembly of the new Federation of the Episcopal Conferences of Asia which was held in Taipei. In 1974 while he was teaching at the Institute of Missiology at Saint-Paul University in Ottawa Fr. Zago was elected Assistant General a post that he occupied until 1981. From 1981 to 1983 he was a full-time professor of missiology at the Urbaniana and the Lateran Universities in Rome. In 1983 while serving as superior of the scholasticate of the Province of Italy in Vermicino the Holy Father named him Secretary of what was then the Vatican’s Secretariat for Non-Christians today the Pontifical Council for Interreligious Dialogue.

On September 13, 1986, he was elected Superior General of the Congregation of the Missionary Oblates of Mary Immaculate. After six years he was re-elected to a second term. March 28, 1998, the Holy Father appointed him Secretary of the Congregation for the Evangelization of Peoples raising him to the titular archiepiscopal see of Roselle. Archbishop Zago was ordained a bishop Saturday, April 25, 1998, in Saint Peter’s Basilica.

It will be recalled that he played an important role in the preparation and implementation of the interreligious World Day of Prayer for Peace held in Assisi on October 27, 1986.

During his three years of service as Secretary of the Congregation for the Evangelization of Peoples besides his ordinary duties in the CEP, the Holy Father entrusted Archbishop Zago with two special tasks. John Paul II had him carry a message encouraging peace to the President of Angola.

In February 2000 he was Papal Envoy to preside the celebrations for the centenary of the Prefecture of the Amazon region in Peru. After two years of intermittent battle with illness, he died at his residence at the Congregation for the Evangelization of Peoples March 1, 2001.