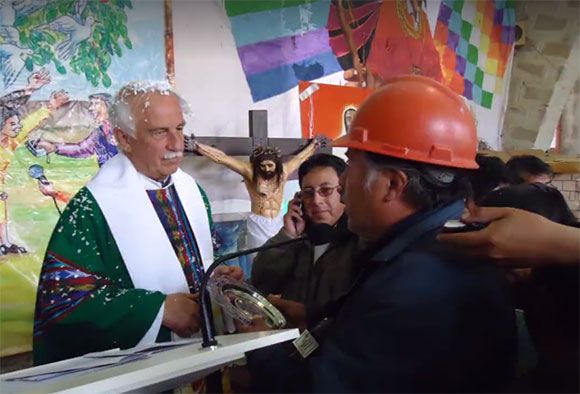 Roberto Durette, a life of struggle 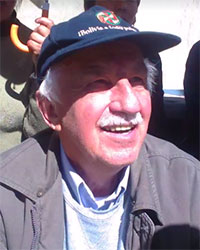 There are journalists who struggle for one day and they are appreciated; there are others who fight from time to time and they contribute a lot; some dedicate their work and their daily life to the defense of freedom. 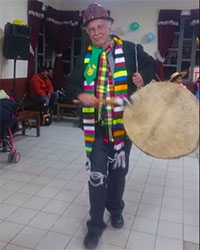 Only a few sacrifice their time on this earth as a gift to the destitute, to the poorest of the poor, to the saddest and most inhospitable settings. Neither their land of origin, nor their family, nor their health takes them away from their commitment.

That’s where you will find Roberto Durette, an unknown among those who live in the cities. However, he is the best one of all after a half-century dedicated to the miners and the indigenous of the historic region of Catavi-Siglo XX-Llallagua, Province of Bustillos, Potosí.

Born in 1935 in the United States, the second in a family of eight children, he felt the Lord’s call at school and was ordained an Oblate of Mary Immaculate in 1960. Two years later, he arrived in Catavi, when priests were already involved in the social struggles. Watching close-up the agony and death of dozens of patients of silicosis as they spat out their lungs in the hospital of Comibol sealed forever his devotion to the working masses.

After a couple of years in Cochabamba he returned to Llallagua in the critical moments of the dictatorship of René Barrientos; he was already working at “Radio Pío XII” with Father Gustavo (PELLETIER). After the workers’ mobilization of 1975, the military occupied the area and closed the station created in 1959. Some priests considered that it was better to close it and others defended it as their most important work. It was Roberto who offered to manage it in the midst of the repression. 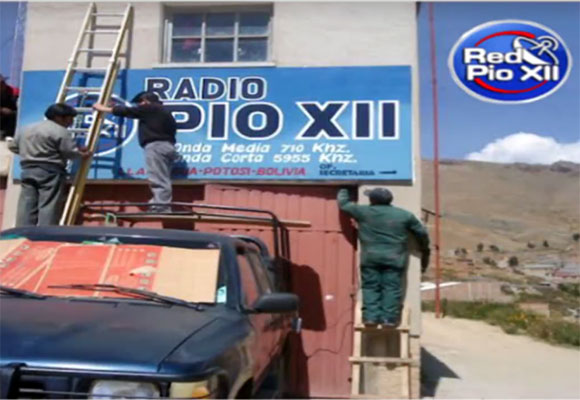 “La Pio” was there in the most significant moments of both the miners’ struggles and those of the Aymara peasants. Roberto supported the broadcasting and condemnation of the abuses against the people and, for that reason, he suffered successive closings down of the station and even the destruction of the transmitters.

At the end of 1977, the Oblates of the area encouraged the women to start the historic hunger strike to recover democracy and Gustavo took over the logistics. In 1980, the radio was the last to be silenced after a week of resistance coup. It stayed with the few workers who remained after the relocation and in the democracy, it continued as an alternative voice.

An incorrigible smoker, at the age of 80, he continues to encourage the press at the service of the Common Good, of fraternity and of the living Gospel.