Oblate missionary formation is a lifelong process, of Initial and Ongoing formation.

Since its foundation, the Missionary Oblates of Mary Immaculate have been convinced that the future of the mission can only be assured by well-formed Oblates, who gradually become imbued with the spirit of the charism of the congregation. This is why formation, whether initial or ongoing, holds a central place in the life and mission of the Oblates. It is an integral formation in accordance with the Oblate charism, which takes into account the human, spiritual, intellectual and missionary / pastoral aspects. 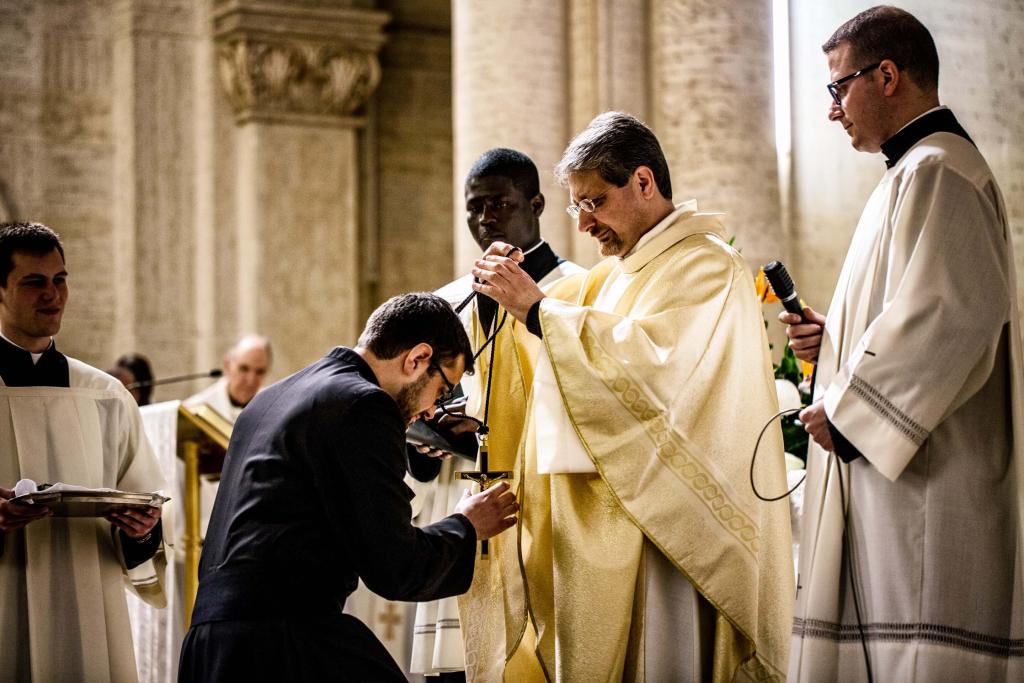 After a time of vocational accompaniment, candidates who show signs of vocation are assured an appropriate preparation in an Oblate community before entering the novitiate. This is the first stage of the formation, during which the candidates learn to know the congregation better in a community context. At the end of pre-novitiate training, those who are admitted can continue their journey to the novitiate.

The novitiate is a period of initiation into the Oblate Religious Life. Guided by the Holy Spirit and under the guidance of the novice master and his collaborators, the novices live an experience of deepening the Oblate charism and apply themselves to grasp the meaning of the consecrated life. They can thus more clearly discern the call of the Lord and, in prayer, prepare to respond to it. The year of the novitiate ends with the first commitment of novices in the congregation.

Formation after the novitiate is, for the new Oblates, a time of growth in life and the Oblate mission. This is what happens during the years of the scholasticate. These years of formative journey allow the deepening and assimilation of the values ​​of the Oblate charism already acquired during the previous stages. Whether they are Oblate Brothers or destined for the priesthood, formation after the novitiate is for everyone and is done in a community established for that purpose. The duration of this stage can last between three years and eight years. There is an extended period of pastoral experience outside the formation house. It is also a period of distant and immediate preparation for the perpetual oblation in the congregation and the reception of orders for the candidates for the priesthood.