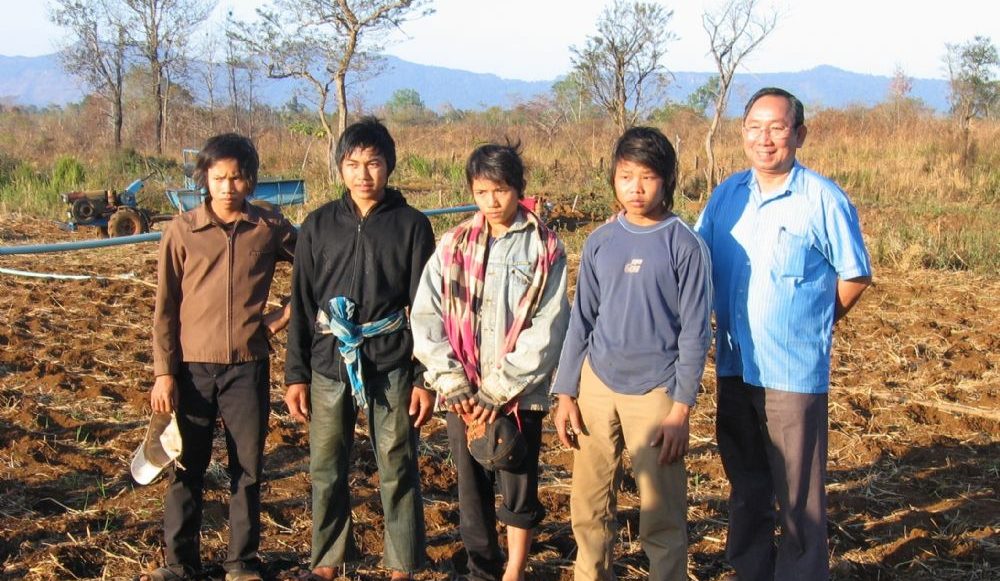 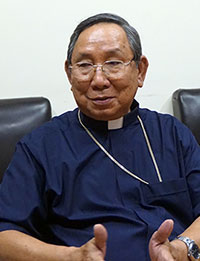 On Sunday, May 21, 2017 – Feast of Saint Eugene de Mazenod – Pope Francis surprised us by announcing the creation of five new “untypical” Cardinals. Among them is Bishop Louis-Marie Ling Mangkhanekhoun, on of the three bishops of Laos. This news touches the Oblates and makes us profoundly happy.

The Mission of Laos where five Oblates work is part of the Thailand-Laos Delegation; therefore, it depends on the Province of the Philippines. Its 80 years of existence have been marked by events of every kind, especially unhappy ones. Its being accepted by Father Theodore LABORE merited for the Oblates the name, attributed to Pius XI, “specialists in difficult missions.” This mission is still dear to the hearts of all Oblates, especially those of France and Italy, since six of our own shed they blood for the Faith there and are numbered among the Martyrs of Laos.

Until last February 5, Jean KHAMSE, o.m.i., who did his studies in France and the Philippines, was the Vicar Apostolic of Vientiane. His age and his health led to his retirement. He was replaced by Bishop Louis-Marie Ling, who continues as Vicar Apostolic of Paksé and who is now entirely in charge of the Vicariate of Vientiane as the Apostolic Administrator. 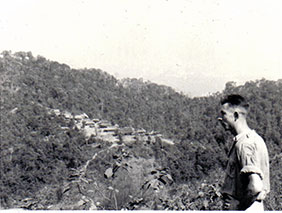 Louis-Marie Ling is well-known to the Oblates. Born in Ban Na Louang, the village of the Kmhmu’ minority – a people whom the Oblates had just begun to evangelize – he was baptized and educated by the Oblate team of Xieng Khouang. The priests whom he knew as a child were Oblate missionaries from France. Later, he studied at Paksane, in the seminary-college founded by a Canadian Oblate, Jean-Paul BROUILLETTE, and directed by the Oblates. Bishop Ling fondly remembers, among others, Blessed Michel COQUELET, who taught him French, and Joseph BOISSEL, who often traveled with the students in their trip toward Xieng Khouang – a four days walk in the brush – for their going and returning at vacation time.

To follow his priestly vocation, Louis-Marie was directed toward the Secular Institute, Voluntas Dei, founded shortly before that by Father Louis-Marie PARENT, o.m.i. According to agreements made between Bishop Etienne LOOSDREGT and this Institute, the young Ling would be called upon to supervise the catechists officially assigned to the missionary apostolate where priests could no longer go.

Louis-Marie Ling studied in Canada, at Red Rapids near Edmundston, New Brunswick, and Trois-Rivières, Quebec. During a two-year diaconal practicum in the Vicariate of Vientiane, he was the only survivor of the bombing which cost the life of Blessed Catechist Luc Sy, his cousin, and their companion, also a Blessed. In 1984 Father Ling was arrested and sent to a “re-education camp”. There, under a system of forced labor, he spent three years, three months and seven days. As he likes to tell it, in this environment of persecution, his accusation consisted of few words: “Your presence here is propaganda for Jesus! ” 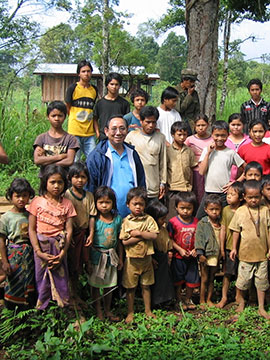 Louis-Marie Ling is well acquainted with the Vicariate of Vientiane, where he is now in charge, for he worked there for many years as a priest, before and after his detention. He did so under extremely difficult conditions until his appointment to the Vicariate of Paksé in 2001.

In recent years, during his many trips to the capital, Bishop Ling willingly accepted the hospitality of the small Oblate community of Vientiane. He felt at home there. Today he is the shepherd called to direct the pastoral and apostolic activities of the Oblates of Laos. He has already entrusted the small Oblate team present in the country with the Paksane sector, i.e., a dozen stable parish or missionary stations, and the prospects for an openness that will gradually become reality as tensions with the established authorities subside.

As the cardinal-elect said, it is of course in his person that the pope thanks and honors the whole Church of Laos — “such a fragile little plant,” according to the expression dear to Bishop Khamsé. In particular, he thanks them for the very precious gift of their 17 blessed martyrs, Laotian priests and laity and missionaries from elsewhere. He honors them by giving them to all their sister Churches throughout the world, as an example: in order to faithfully follow Jesus Christ to the end and to participate faithfully in his mission of salvation for all peoples, there is no need for great techniques. We need only men like Father Joseph Tiên, like the catechist martyrs, like Blessed Mario, Louis, Michel, Vincent, Jean and Joseph, O.M.I., and the other missionaries, big and little, who worked with them.

Everywhere, the Oblates will be eager to share the joy and a prayer of thanksgiving with their colleagues in Laos for the magnificent gift that Pope Francis made to this little Church by calling Louis-Marie Ling Mangkhanékhoun to join the College of Cardinals. We wish him great courage for the even more important responsibilities that will now be his, in Laos and Rome.(Roland JACQUES)

“At the table of justice and peace”
A call for prayer