COMI celebrates 70 years of being ‘Oblate’.

The Secular Institute of the “Missionary Oblate Cooperators of the Immaculate Conception”, widely known as COMI in Italian (Cooperatrici Oblate Missionarie dell’Immacolata), celebrates its 70th anniversary this year.

They held their Annual Formation Conference on 20 and 21 February, under the title “1951- 2021: 70 Years and Beyond – Our History of Passion and Prophecy for the World”. 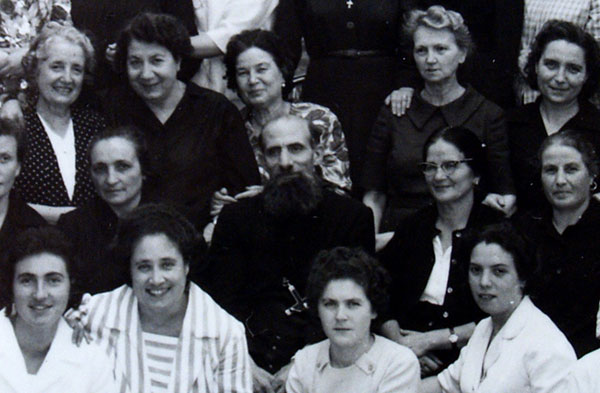 Fr. Liuzzo with some of the first Oblate Sisters

The Institute was born in Florence on 22 August 1951, thanks to the prophetic intuition of an Italian Oblate, Fr Gaetano LIUZZO. With his missionary zeal and passionate love for the Church and the Congregation, Fr. Liuzzo faithfully transmitted the charism of St. Eugene de Mazenod to a group of young women who asked to “be like the Oblates”. With the first “oblate sisters”, consecrated women living in the world, the oblate charism thus took on a lay and feminine face.

After the diocesan approval, on 21 November 2001 the Institute obtained the pontifical approval of the new Constitutions.

The charism of evangelization leads the members of the Institute to proclaim Christ everywhere, through witness, work and profession lived as a ‘mission’, the missionary animation of the people of God and the world of youth, and missionary action ad gentes in various ways. COMI members, besides living alone or in families, can live in small groups to make the dimension of fraternity and family spirit more visible. The typically Marian spirituality leads the COMI to model themselves on Mary in order to be in the world “new Mary of Nazareth” and to relive her mission. 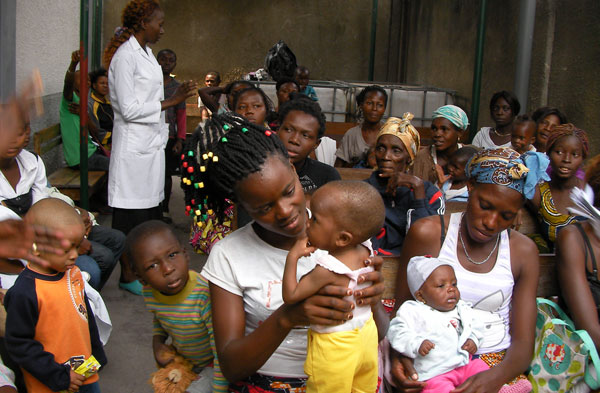 Project for the Malnourished

The COMI’s mission ad gentes has taken place in the past in Chad, in collaboration with the Oblates, and subsequently in Senegal, Haiti and Panama. The Institute currently has members in Uruguay (Montevideo), Argentina (Buenos Aires) and the Democratic Republic of Congo (Kinshasa), as well as in Italy. The specific service in these countries is varied: human promotion, health care for the poorest and most marginalized, and collaboration with the Oblates in their projects of new evangelization, youth work, and popular missions.

The Institute also associates with itself lay people (men and women, married and unmarried) who wish to share its spirituality and mission, called “Auxiliaries”.

In 1973, the COMI gave rise to a non-governmental organization (NGO), an international Christian voluntary organization, called “Cooperation for a Developing World – COMI”, which is legally autonomous in relation to the Institute, but closely linked to its spirituality, and which currently carries out development projects in Senegal, Uruguay and Chile.

In order to live this double anniversary, a missionary animation itinerary has been planned, confronting the challenges that today’s society and the particular times we live in present to us every day and which we are called to accept. A journey in stages, a “Journey among the new emergencies”, which is being carried out with the contribution of various members of the Oblate Family and which is involving families, young people, professionals with various skills, in the different areas where the COMI are present, in Italy and abroad. The culmination of this journey will be the Missionary Congress will be held in Rome, from 19 to 21 November 2021. 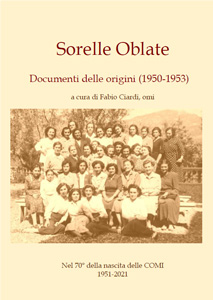 For the first time, the COMI experienced an international conference online. However, not meeting physically did not detract from the intensity of communion and active and responsible participation. During the Conference, Fr. Fabio CIARDI, central assistant of the Institute, presented his booklet entitled “Oblate Sisters – Documents of the Origins (1950-1953)”. In it he illustrates the documents relating to the foundation of the COMI, which are kept in the Oblate General Archives. They include the correspondence that Fr Liuzzo had with the OMI Superior General of the time, Fr Léo DESCHÂTELETS, and with Fr Drago, Director General of the AMMI (Missionary Association of Mary Immaculate).

The time of the conference was entirely centred on the testimonies of those who had lived through some fundamental stages in the history of the Institute: the development of the Institute, the mission ad gentes, and the pontifical approval. The return to the origins thus became an opportunity to recall and rekindle the spirit that had animated Fr Liuzzo and the first COMI, to rediscover the presence of Mary in today’s world.

The concluding speech by the President General, Ileana Chinnici, was the launching pad towards the future, towards new perspectives and horizons of the mission which the Holy Spirit is already preparing and which recall the prophetic relevance of the COMI vocation in today’s world.