The mission of Saint Charles, at the mouth of the Fraser River, was founded in September 1860 by Fathers Léon Fouquet, Charles Grandidier and Brothers Georges Blanchet and Gaspard Janin. In 1860-1861 they built the chapel of Saint Peter (Columbia Street) for the two or three hundred whites and another chapel for the some thousands of Amerindians in the area. 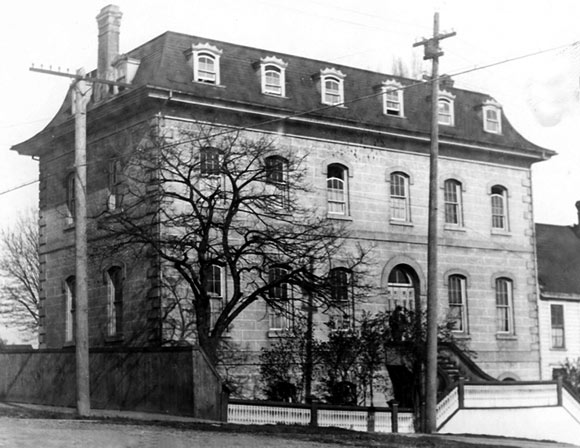 New Westminster was the principal town of the region until the creation of the province of British Colombia with Victoria as capital in 1866-1867. The province became a member of the Canadian Confederation in 1871. In 1863, when Bishop D’Herbomez was appointed Vicar apostolic of British Colombia, he chose this city for his Episcopal residence and Saint Peter’s as his cathedral. It continued as the cathedral of his successors, Bishop Paul Durieu, from 1890-1899, and Bishop Augustin Dontenwill, Bishop of New Westminster from 1899 until he was elected superior general of the Oblates on September 20, 1908. Some days previously Pope Pius X had signed the decree suppressing the See of New Westminster and transferring the title to the archiepiscopal See of Vancouver.

In 1866 the Oblates left the college of Saint-Louis in Victoria and founded another with same title in New Westminster. A school and an orphanage were founded and later, in 1886, a Catholic hospital. The church of Saint Peter was rebuilt on Blackwood Street in1883, and renewed under the care of Father William Loftus in 1934-1935. The new building was inaugurated in 1949. The priests exercised their ministry in New Westminster, but also in some stations along the Fraser River, especially in Douglas, Hope and Yale. The house in Saint Charles received novices and a register of those who took the habit from 1892 to 1914 has been preserved. There was also a minor seminary in the town from 1895 to 1909. The students attended classes in the Saint Louis College, which closed in 1917. 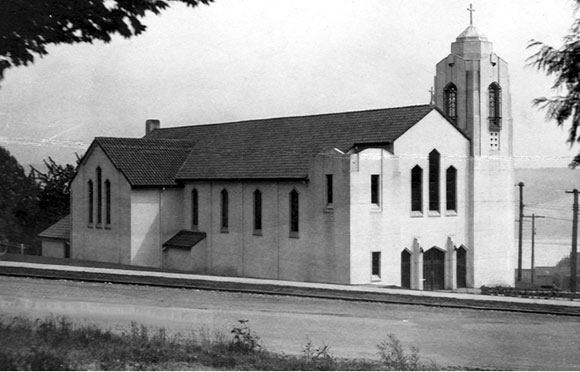 According to a report made in 1879, the community ministered to whites and Amerindians in the town and in some of the forts along the Fraser River, provided teachers in the college of Saint Louis, and chaplains to the convent of Saint Anne and to the prison. The number of priests and brothers changed with the years, as did also the work to be done. The report of 1898 states that the population of the town and the surrounding area was about 13,000. The priests were responsible for four places of worship in the town: the orphanage, the prison, the hospital and the Amerindian church. There were six centres in the surrounding area and there was the college of Saint-Louis with about 65 pupils of whom many were boarders. We find the same details in the 1926 report with the addition of four small parishes for whites in the Fraser River valley.

Writing to Father Anthime Desnoyers, assistant general, in November 1948, Father John Bokenfohr, after his visitation of Saint Charles, said that the church of Saint Peter was very beautiful but that the house was too big for a community of five priests and one Brother.

That Oblate house is still there today. At the beginning it was part of the mission vicariate of Oregon, then of British Colombia, then of the Saint Peter Province in 1926 and the Vice-Province of Saint Paul in 1968. Since 1973 it belongs to the Province of Lacombe.