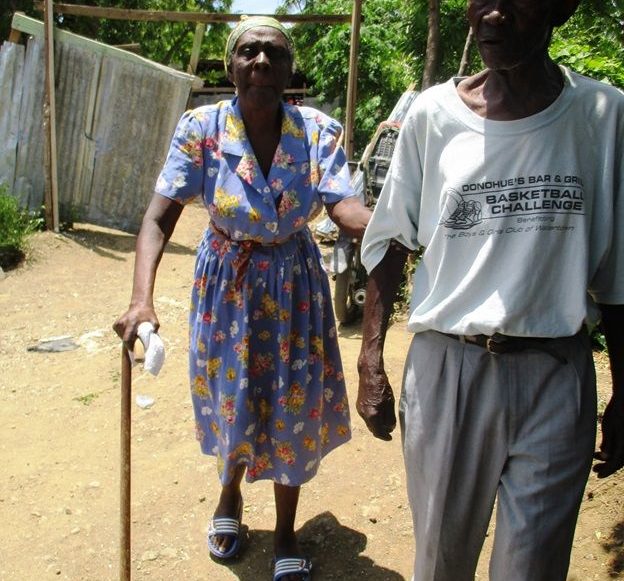 It’s never too late for love

Fr. Fred CHARPENTIER, Director of Foyer Saint Etienne, sends a nice story about two of the residents who found love at an advanced age. 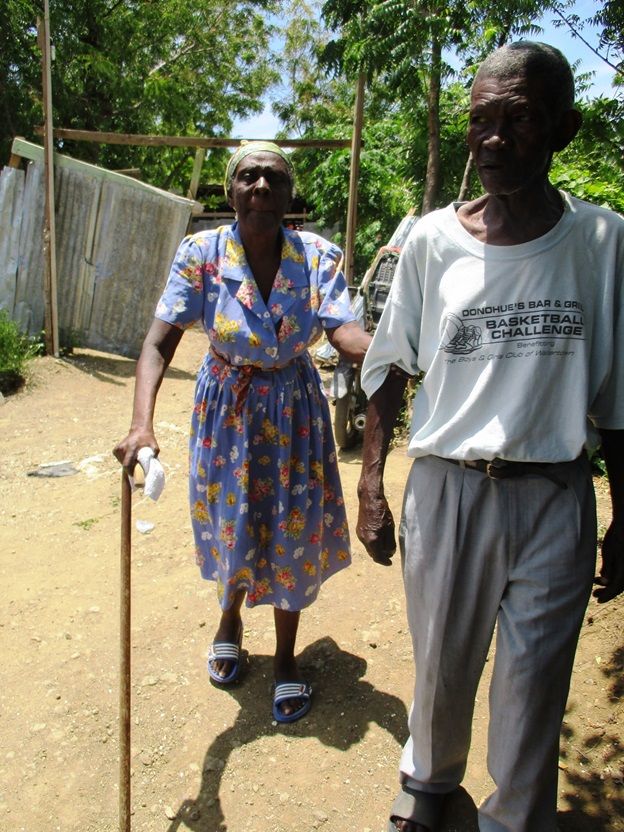 “Love is blind”, they say; what about “love at first sight”? Early this year, in January, we experienced at the Foyer Saint Etienne, our home for elderly poor, in Les Cayes, Haiti, that both these sayings are true. This is the story of the match-making of two of our residents, Ludger Cavaillon (78 years old) and Acélia Joseph (80 years old, and blind).

Ludger Cavaillon could no longer work the fields of his native town of Maniche, where he was a hired hand for years in other people’s gardens — not just because he was going on 76 years of age and exhausted, but mainly because of a lingering ulcer on his left foot. He never married, so he had very little family left, no close relatives to care for him. One day, someone brought him to Les Cayes for treatment and care at the Missionaries of Charity (Mother Teresa’s Home). And so, the sisters, as usual, gladly took him in and started treatments and care. The sore would not go away. This would be a long term case, so, the Sisters referred him to our Foyer to see what we could do for him. We took Ludger in just before Christmas, 2014, and our infirmary staff immediately started the treatments for his foot. After many long weeks with no improvements, our doctors sent him to a specialist at the general hospital in town. There, Ludger started getting better every day, going back and forth from the Foyer to the hospital till, after many more weeks, his foot got better, and finally completely healed. Ludger was so happy to walk normally again and even be of aid with other residents in wheelchairs, helping them get around when they needed a ride.

In April, 2016, a new resident arrived at the Foyer, thanks to the diligence of a nurse at the local hospital, the same hospital where Ludger had been healed. Acélia Joseph, 80 years old and blind, had been dumped there by strangers and abandoned. She suffered from neglect and definitely needed more care. The nurse caring for Acélia was a friend of Foyer staff and clinic. She asked if we could take Acélia in. We took her in immediately, no questions asked.

Gifted with a bubbly personality and good sense of humor and wit, Acélia soon made friends with everyone. Within weeks she was back on her feet again, but needed her wheelchair to get around as she wanted to. Ludger stepped in and offered to push her around and then they soon became inseparable best friends… and now…. for the icing on the cake…

In the middle of January this year, the two love birds decided to share with us their “elopement” plans, asking us if this would be possible, since they were having some resistance from Acélia’s grandchildren who were opposed to their marriage plans. For Ludger, there were no problems, since the last of his clan had disappeared in October’s hurricane Mathew. We assured them that they had every right to decide on their own to get married… eventually. Therefore, they were not eloping. No problem with that for us, but we would have to bring them ourselves to their new address. On January 20, 2107, they both left the Foyer with Yvenel, our Public Relations man, and Miss Casséus, a Foyer staff nurse, en route to Acélia’s cousin’s house in nearby Cavaillon. From there, they eventually ended up in Acélia’s home village of St Georges with the help of their former evangelical pastor, and today, still have plans to get married as soon as their means make this possible.

Yvenel, Marie Marthe and Miss Casséus recently made a follow-up visit to St Georges village and surprised the couple at the evangelical compound. Acélia was just leaving a healing service with Ludger where they were praying for a miracle for her eyesight. They were so happy to see their visitors and could not get over the fact that the Foyer staff went out of its way to locate them and reconnect again. The Foyer visitors assured them that they would be back again, next time maybe for the wedding, God willing. So “love is blind” and “love at first sight” truly happens! Hey, believe me; it’s never too late to say YES!

Brother Giuseppe D’Orazio, OMI: 1920-2017
Brainstorming for the future with youth