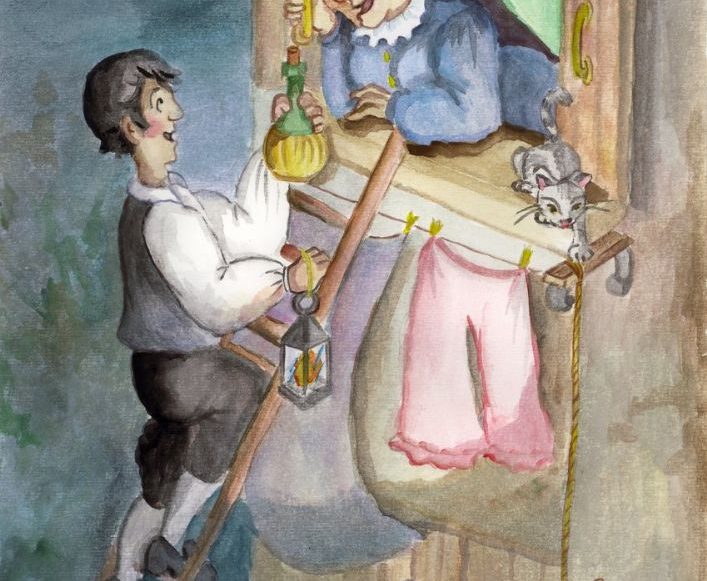 St. Eugene and the artist “Bake” 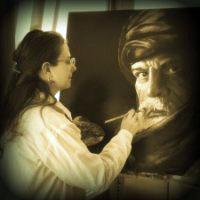 Recently in Rome, at the Galleria Sant’Antonio ai Portoghesi, there was an exhibit of drawings by Barbara Calcei who goes professionally by the name “Bake.” The exhibit featured art she had created for a book on St. Eugene de Mazenod, originally written in French by Fr. Yvon BEAUDOIN and translated into Italian by Fr. Nino BUCCA. The Italian title is “Sant’Eugenio de Mazenod: aneddoti, fioretti e curiosità.” This version was published in 2011 by the Province of Italy on the occasion of the 150th anniversary of the Oblate Founder’s death. What follows are excerpts from an article that appeared on the Internet on May 27 in “papale-papale” (http://papale-papale.it/articolo/2324/eugenio-de-mazenod).

The exhibit of Barbara Calcei (known in art circles as “Bake”) just concluded successfully in Rome; its charming title was Saints and Knaves.

It is not the first time that images of this versatile artist have been on display, arousing admiration everywhere… but this recent show reserved for her enthusiasts and those who follow her art a freshness that powerfully unites her artistic corpus through two series of finely crafted drawings and a solid companion narrative. 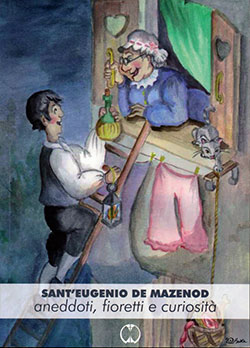 It includes the series dedicated to the Founder of the Missionary Oblates of Mary Immaculate Saint Eugene de Mazenod and the Capitan Bake series, which — as the title clearly states — is in a certain sense a biography of the artist herself.

They are two stories that share the freshness of the artist’s talent, but which are evidently different from one another: the story of a saint and the story of an imaginary character…

This edition of the journal is dedicated to the saint; the next number will be about the other…

So here are the designs in the illustrated book ordered from the artist by Missionary Oblates of Mary Immaculate and published by O.M.I. From it there emerges a story dramatized with an attractive, new and amusing twist.

One recognizes in the drawings the utmost attention to detail which, for the artist, is more an expressive need than a technical choice. But in this specific case, it has the purpose of deepening the numerous metaphors and allegories chosen to make the reader aware of different aspects of the life of the saint and of our own.

Drawn with pen and ink, … the ironic and sometimes irreverent graphic representations [are] a sign of deep devotion to the man who, with commitment, will and sacrifice, faced a life of responsibility, enduring the path of faith to holiness.

The Hmong say “thank you”
Last moments with Bishop Barry