A new Oblate Bishop to guide the flock of Jolo

Most Rev. Charlie Malapitan INZON, OMI, became the latest Bishop of the Missionary Oblates of Mary Immaculate after he was ordained to the episcopacy at the Immaculate Conception Cathedral, Cotabato City, Philippines, on May 21, 2020, also the feast day of our Founder, St. Eugene de Mazenod.  Bp. Inzon was appointed by Pope Francis on April 4 this year as Apostolic Vicar of the Apostolic Vicariate of Jolo in southern Philippines. 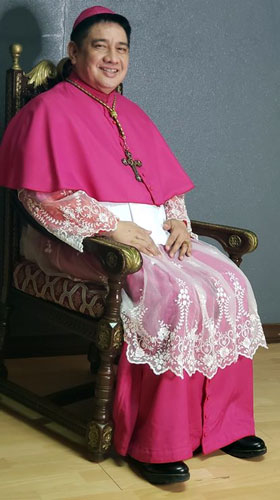 Mgr. Angelito Lampon, OMI (Archbishop of Cotabato), Orlando Cardinal Quevedo, OMI (Archbishop Emeritus of Cotabato), and Mgr. Jose Colin Bagaforo, DD (Bishop of the Diocese of Kidapawan) were the consecrators during the solemn Eucharistic Celebration.  In keeping with the restrictions of the community quarantine in the city, the liturgy was celebrated with only 10 participants in the Cathedral—the principal consecrators, the Bishop-elect, 2 Oblate priests, 2 diocesan priests, and 2 members of the choir.  The rest of the people watched the rite on live streaming.

In his thanksgiving message during his consecration, Bishop Inzon described the occasion as “rare and unprecedented,” but that the simplicity of it all only served to highlight the essential—the Lord who is at the center, and the source and strength of the call to service in the Church.  He also narrated how, because of the lockdown, he had been unable to procure his personal episcopal paraphernalia, but that the Spirit led him to the museum of the Oblates where he borrowed the ring and pastoral staff of the martyr-Bishop Benjamin de Jesus, OMI, and the pectoral cross and inner cassock of the late Archbishop Philip Smith, OMI; and from Archbishop Angelito Lampon, he received a miter and chasuble.

Bishop Inzon chose as his motto a verse from the Gospel of John, “VOS AMICI MEI ESTIS,” which translates to “YOU ARE MY FRIENDS”. It recalls for Bishop Inzon his many years of ministry as a missionary in the Apostolic Vicariate of Jolo, and his return to the local Church of Jolo as its shepherd, called to bring the friendship of Jesus Christ to his flock.

The Vicariate of Jolo has been entrusted to the Oblates of Mary Immaculate since 1939. The majority-Muslim region covered by the Vicariate has been known for its history of violence. Three Oblates, including the Vicariate’s fourth Bishop, Benjamin de Jesus, along with a number of lay people, have been killed in violent incidents in these southernmost provinces of the Philippines.  The most recent of such violent attacks on the Catholics was on January 27, 2019, when the Cathedral of Our Lady of Mount Carmel in Jolo was bombed during Mass, killing at least 26 people and injuring 116 other churchgoers. 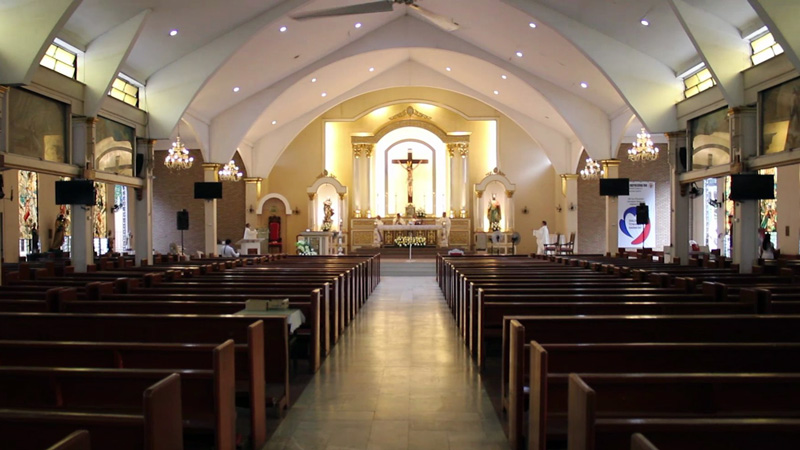 Mgr. Inzon, now the sixth Bishop of the Apostolic Vicariate, previously served there as a scholastic and then as a priest, before being appointed the Provincial of the Philippine Province of the Oblates, on January 12, 2018.