Fourth session of the OMI Tribunal for the Beatification of Fr. Ludwik Wrodarczyk

On April 22-23, 2021 in Obukhiv near Kiev, in the main house of the Delegation of the Missionary Oblates of Mary Immaculate in Ukraine, the fourth session of the Tribunal for the Beatification of the Servant of God Fr. Ludwik Wrodarczyk OMI was held. 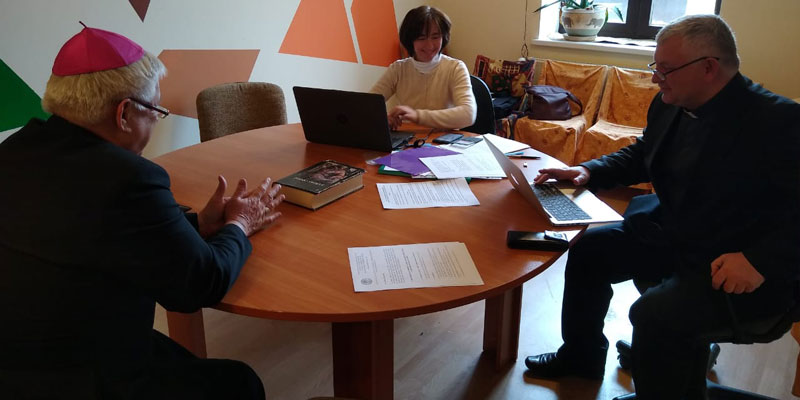 Witnesses who received various favors through the intercession of Fr. Ludwik Wrodarczyk OMI, were heard by the Beatification Tribunal, headed by Fr. Piotr Miszczuk, MA. At the session, seven witnesses were questioned, including Bishop Stanisław Szyrokoradiuk OFM, the ordinary of Odessa-Simferopol diocese.

The beatification process of Fr. Ludwik Wrodarczyk OMI was opened by the Ukrainian Bishops’ Conference in November 2013 at the request of Fr. Paweł Wyszkowski OMI, superior of the Missionary Oblates of Mary Immaculate in Ukraine.

On May 11, 2016, Bishop Vitaliy Skomarowski, the bishop of the Lutsk diocese, began the beatification process, during which the Church carefully examines and analyzes the life of the candidate for altars to confirm that he is a true example of Christian life for the faithful.

Father Ludwik Wrodarczyk was born on August 25, 1907 in Radzionków in Upper Silesia (Poland). He made his first religious vows as an Oblate on August 15, 1927, and then began his studies at the Major Seminary in Obra, Poland. He was ordained a priest on June 10, 1933.

In 1939, Father Ludwik Wrodarczyk was sent to the then territories of eastern Poland, today’s Ukraine, as the administrator of the newly established parish in the village of Okopy in Volyn. He arrived there on the eve of World War II, on August 29, 1939.

Father Ludwik is called a martyr of reconciliation in Volyn because, in those extremely difficult and tense times in Polish-Ukrainian relations, he did everything to avoid bloodshed. He served with his medical knowledge to all suffering people, regardless of nationality or religion.

According to witnesses, he was cruelly tortured before his death on December 8, 1943. 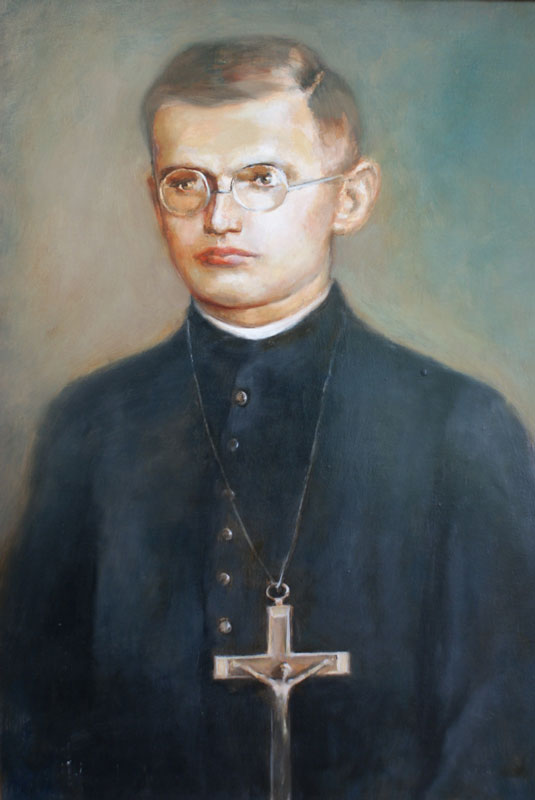 Prayer for the intercession of Fr. Ludwik Wrodarczyk OMI

Our Lord and God, be glorified in your priest Ludwik, missionary, faithful son of Mary Immaculate. Be praised for the gift of his prophetic faith, for his trust in the power of prayer and for the priestly zeal with which he served the work of your love. Be glorified that with Your word of mercy and reconciliation, he tirelessly exceeded all human boundaries, so that all may be one in praising You, especially the poor and abandoned. Be praised for the gift of bravery with which he accepted the martyr’s death and did not want to protect his life, but handed it over to human anger as a ransom for your scattered children. Father of Mercy, for the sake of his servant, Father Ludwik, and for your greater glory by showing his holiness, grant me the grace … for which I am asking You through Jesus Christ, Your Son. Amen.

Please inform of the graces received through Ludwik Wrodarczyk OMI, to the Postulator (postulatore.generale@omigen.org) or to the Vice-Postulator of the process, Fr. Marek Rostkowski OMI: del@omi.org.ua

Video Documentary on the Life and Mission of Servant of God Ludwik Wrodarczyk, OMI