Leave Nothing Undared – Our Founder’s Challenge for Today

Here you will find the fourth in a series of animation materials in preparation for our 37th General Chapter. The first one was prepared by Fr. Warren Brown, OMI, the second, by Fr. Chicho Rois, OMI and the third  was written by Fr. Hipólito Olea Tinoco, OMI. These documents are based on the theme of our Chapter – “Pilgrims of Hope in Communion” and are meant for personal and communal reflection and discussion. 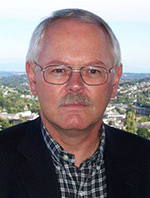 Clearly, these questions call for a new daring, both in the younger parts of our congregation and in its aging constituencies. Let me address the two separately.

Perhaps two images can aid our reflections, namely, that of Abraham and Sarah having a baby in their post-menopausal years and the concept of death by hypothermia.

Scripture tells us that when Abraham was eighty years old and Sarah was seventy, God told them to set out for a new land where they would give birth to a new child. They believed the promise, humanly impossible as it was, and set out for this new land, but it took them twenty years to get there. Then, when Abraham was one hundred years old and Sarah was ninety, she became pregnant and gave birth to a new child. Whatever actually happened here historically is beyond our grasp, but there is a powerful metaphor underlying this, i.e., we can become pregnant and give birth to new life long after it is impossible in terms of human logic and common sense.  God can bring about new life, long after common sense says it can’t happen? But this is predicated on trust and daring.

I would like to link this to a second concept, death by hypothermia. When a body dies by exposure, it dies this way. As the cold begins to beset the person more and more, the body panics, pulls all of its blood around its vital organs, the heart and the lungs, goes into spasms, and dies. Religious congregations often die in the exact same way. Lacking youthful members and young energy, faced with an aged membership, and lacking new vocations, it is easy, natural in fact, to begin to pull in, to bring the blood around the vital organs, and thus die. I have seen this play out in a number of women’s religious communities in recent years and I see the danger in parts of our own congregation.  What’s the answer?

New daring! As we age, shrink in numbers, and have few new vocations, we must, like Abraham and Sarah, set out to new places, begin new ministries, and draw in new vocations. If we do not do this, hypothermia will set in and, frankly, we will die. What is asked of us, I believe, is a raw trust in the truth of the Gospel and in the truth that our founder incarnated (when he had very few resources and still risked sending them out everywhere).

But isn’t this simply idealistic rhetoric? When in some units of our congregation our average age is approaching eighty years old, can we really start new missions, take on new works, and draw in young life? By all prudence and common sense, no. By risking the Gospel, yes. Nothing is impossible with God.  If we risk new birth, the Gospel assures us it will happen.

Radical new risk, I believe, is the challenge for the aging parts of our congregation. Against all common sense, predicated on the truth of the Gospel and our Founder’s motto, we must risk doing something new, namely, new missions, new works, asking young men to join us, and inviting laity into our charism in new ways. To not risk this is to accept an alternative that is neither life giving nor life sustaining.

What will these new works, new risks, new missions look like? We don’t know, or we would already be doing them. We must pray together, vision together, discern together, and most of all risk together on a raw faith in the truth of the Gospel.  God will show us the way.

Leave nothing undared for the Gospel!  What is the new daring being asked of the younger parts of the congregation?

The younger, growing units of the congregation need to risk a still greater daring in going to the margins and moving towards the poor. Our founder took precisely that risk when as a young diocesan priest he moved to the margins to serve where no one else was serving. When we look at our history, we see that we have thrived whenever we risked doing this. We must risk moving towards the people who have no one else.

There’s a story told about a municipality in England that for some years did its social services this way. On a given day, the government officials who were in charge of distributing food and other resources to the needy would come to a meeting place and distribute things through the various churches. Catholics would line up behind a particular bishop or priest who represented them. Anglicans, Presbyterians, and Quakers would do the same. But there were always some people who did not belong to any church, whom nobody would claim. The person representing the Salvation Army would call out: All of you who don’t have anybody, come with me!”

As Oblates we need to incorporate that into our motto (“All of you who don’t have anybody, come with us”) particularly whenever we discern as to where to place ourselves and our resources. We must resist the temptation of moving towards security, status, and comfort.  And that takes daring, risk, and Gospel trust.

This is a challenge to all parts of the congregation, but a particular challenge to the younger units as they discern where to be and whom to serve. Twelve Step Programs have a wonderful slogan which reads simply: The program works, if you work it! That is doubly true for the Gospel: The Gospel works, if we work it … and it works precisely to the extent that we work it! If we risk trust, if we risk moving to where our charism calls us, God will give us the future we deserve.

If we risk new birth, the Gospel assures us it will happen. After all, we are people of the resurrection and nothing can entomb us for long.