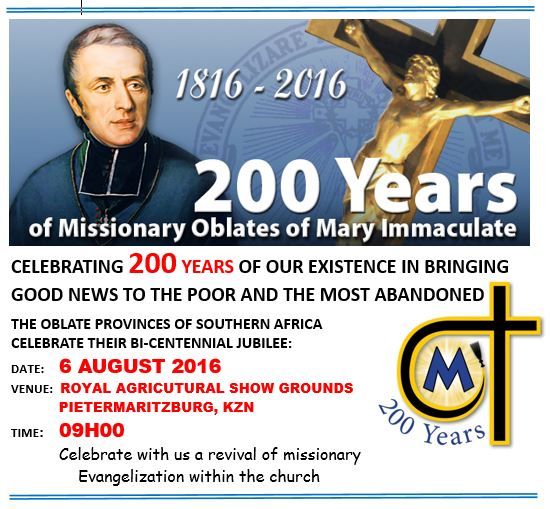 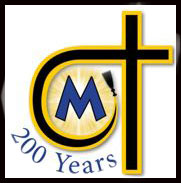 In 1852, shortly after the first Oblates of Mary Immaculate arrived in Africa, they established a chapel and residence in Pietermaritzburg. Some 164 years later, that city was the site of the bicentennial celebrations of the Foundation of the Congregation and the ministry of the Oblates in Southern Africa. On 6 August, the 2000 seats of the Royal Agricultural Hall were filled with people who came to rejoice with the Oblates who have been such an historic presence of the Catholic Church in that part of the world. Many bishops, both Oblates and non-Oblates, from dioceses in South Africa, Lesotho, Zambia and elsewhere graced the occasion. Hundreds of priests, Oblates, diocesan and other religious, concelebrated. The President of the Africa-Madagascar Region, Fr. Edouard DAGAVOUNANSOU, came from Cameroun to join the festivities.

The Provincial of Natal (the Mother Province of Africa), Fr. Vusi MAZIBUKO, on behalf of the Inter-Provincial Conference, welcomed everyone. He said it was only fitting for the Oblates and the faithful in Southern Africa to honour the initiative of St. Eugene De Mazenod who spared nothing to make sure that the Gospel reached this side of the world. 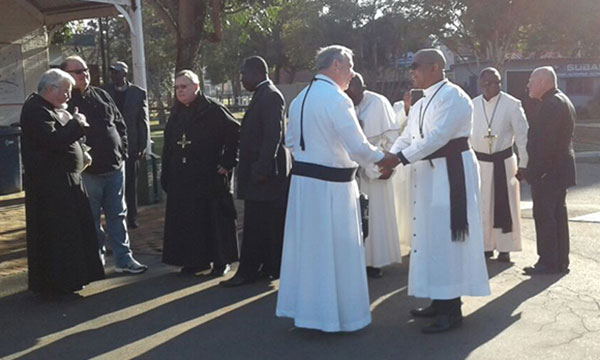 After the welcome address by the Provincial, the history of the Oblates in Southern Africa was read by Fr. Zaba MBANJWA. He noted that if it were not for the Will of God and the insistence of the Founder, because of the early setbacks (departures, illness, local resistance), there would be no history to celebrate today. He spoke of the beginnings of the Oblates in South Africa, Namibia, Zambia and Kenya.

The Archbishop of Durban, Wilfrid Cardinal Napier, OFM, stated: “With such history, it is only fitting that I hand this over to the Oblates!” Then the Cardinal invited the Superior General, Fr. Louis LOUGEN, to be the main celebrant at the Mass.

Bishop Barry WOOD, Auxiliary Bishop of Durban, in his homily, stressed the virtue of hope: “I see life! I see the Church growing! I see faith all over the land!”, and the commitment of Oblates to their mission in the world. “We are known as specialists in difficult missions, and not specialists in making missions difficult! We are called to spare nothing, to dare, even if it means our giving our lives as Jesus did for our missions.” After the closing prayer at Mass, the Preface to the Oblate Constitutions was read in English, Zulu and Sotho.

On behalf of the many people who work with the Oblates, Dr. Ben Ngubane, a respected statesman, civil rights activist and former student of the Oblates expressed his joy at being part of the family. He thanked the Oblates for the education and formation given to him and many others. He exhorted the people to have profound love and respect for priests who are saddled with the difficult task of forming and guiding the people.

Several others spoke words of thanks on the occasion. First was the Chairperson of the Interprovincial Conference and Superior of the Delegation of Zambia, Fr. Freeborn KIBOMBWE. 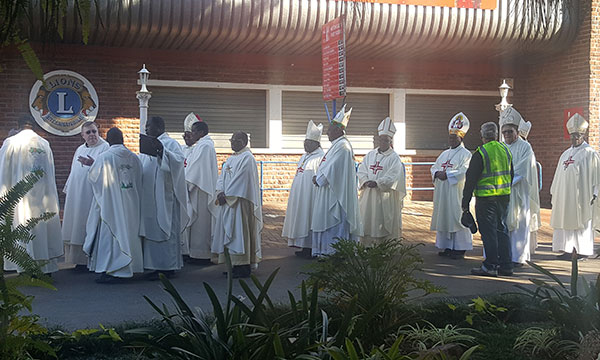 Wilfrid Cardinal Napier, OFM, exhorted the Oblates never to relent in their collaborative ministry with the MAMI as this clearly gives a sense of belonging to the people. He called the Oblates to live a life of gratitude while looking at the past and to live the present with passion which begets hope for the future. He stated his happiness at having met the Oblates, journeying with them and working with them. His message to the Oblates was a message of hope and blessings. 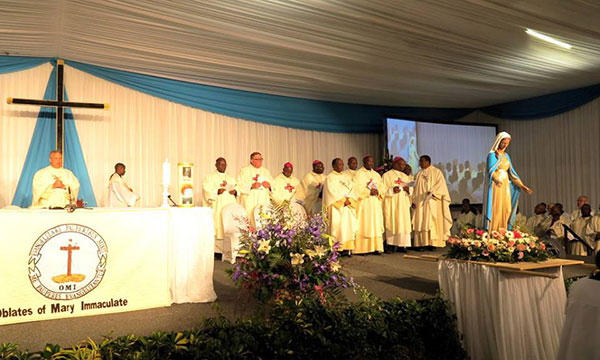 The Superior General, in his final words of thanks, expressed how emotional the whole celebration was for him: “An Oblate from this part of the world told me that men here don’t cry. While that is true, for me, I could not help but shed tears of joy at that moment when I saw the statue of the Founder being carried in amidst songs and cries of joy.” He said St. Eugene De Mazenod spared nothing to make sure that this Mission succeeded! He constantly prodded Bishop Jean-François ALLARD, first Superior of the Natal Mission, with letters to make sure that the Oblates went to the indigenous people to evangelize. Fr. General thanked everyone who contributed to make these bicentennial celebrations a success. Finally, Fr. General blessed the assembly with the cross of St. Eugene de Mazenod.
(Emmanuel YOUNGTEN TEMSWANG)