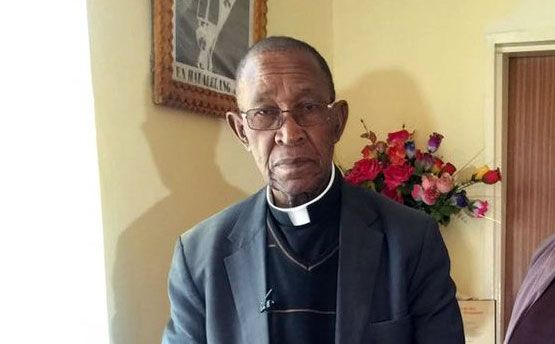 A Cardinal for Lesotho 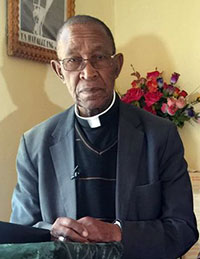 Fr. Anthony MATSOSO, the Provincial of Lesotho, espresses the joy of the Oblates and the faithful of that country at the naming of Cardinal Sebastian KHOARI.

As the Oblate Province of Lesotho we want to express our heartfelt congratulations to the first Cardinal from Lesotho, Emeritus Bishop of Mohale’s Hoek, His Eminence Sebastian Koto Khoarai, O.M.I., on his elevation to the Sacred College of cardinals by His Holiness Pope Francis. We join the Church in Lesotho and the whole Basotho Nation in gratitude to God for the singular honor for the local Church, the Congregation and the people of Lesotho. This is of special significance for all of us in Lesotho on the occasion of the fiftieth anniversary of the independence of the country following 98 years of British rule, and 154 years since Blessed Joseph Gerard, “the apostle of the Basotho” set foot on the land and the foundations of the local Church were laid.

Born in 1930, at Ha Koabeng, Butha-Buthe, the new Cardinal received his primary education at St Paul’s Mission school, and his secondary education at St Theresa’s Seminary in Roma, and after a year of Novitiate, made his first profession of vows as an Oblate on 6 January 1951 at Villa Maria, Quthing, in Lesotho. He then proceeded to St. Augustine’s Major Seminary in Roma where he pursued his studies in Philosophy and Theology in preparation for the sacred priesthood. He was the first priest to be ordained by the first Mosotho Bishop, who later became the first Archbishop of Maseru, Archbishop Emmanuel ‘MABATHOANA, at his home in St. Paul Mission on 21 December 1956, a year before completing his theological studies. Among his more notable assignments was as priest in charge of Mazenod Mission and as Administrator of the Cathedral Parish of Our Lady of Victories in the capital, Maseru. 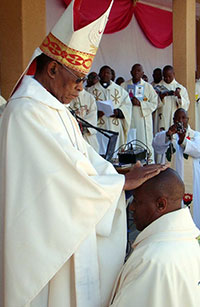 Father Sebastian Koto Khoarai was appointed Bishop of the newly erected diocese of Mohale’s Hoek, cut from the territory of the Archdiocese of Maseru and comprising the two civil districts of Mafeteng and Mohale’s Hoek, to the South of Lesotho, on 10 November 1977. He was ordained bishop by Archbishop Alphonsus MORAPELI of Maseru on 2 April 1978, with the Cardinal Archbishop of Capetown, the Apostolic Nuntio, the Royal family, the Prime Minister and government officials and several thousands of people from Lesotho and South Africa in attendance.

In announcing the new cardinals, at the end of the Angelus in St Peter’s Square on Sunday 9 October 2016, the Holy Father said: “To the members of the College of Cardinals, I will join also an Archbishop and two Bishops Emeriti who are distinguished in their pastoral service and a priest who has rendered a clear Christian witness. They represent many bishops and priests throughout the Church who build up the People of God, announcing the merciful love of God in the daily care of the Lord’s flock in the confession of faith”.

The new Cardinal has truly distinguished himself as a dedicated pastor and father of his flock. Everybody knows him as a hard worker and indefatigable pastor and missionary to his people. He built churches, convents of women religious, health centres and had completed laying the foundation and erecting the steel structure of the new cathedral church, founded an orphanage and a training centre for the pastoral education and training of the diocesan pastoral agents and formation of the faithful in the faith. He has shown himself a man of prayer, compassionate and caring: a true father of his people.

Due to old age and health consideration, His Eminence could not attend the consistory held by Pope Francis for the new cardinals on 19 November 2016. Special arrangements are now at advanced stage for the celebration that will be held on the 21 January 2017, at Mohale’s Hoek Diocese, whereby he is going to receive the red hat.

We wish him the best and thank God and the Holy Father for him.