Fr. Roland Jacques: Conference on the Martyrs of Laos – France 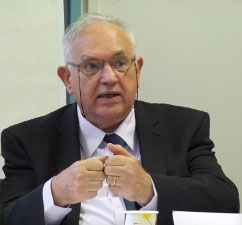 The speaker emphasized above all that the process of beatification was the occasion for a dialogue between two antagonistic “camps”: the Church and the communist State of Laos, something that was not a given a priori, to say the least. Indeed, the State of Laos is still governed by the successors of those who in the past were at the origin of the martyrdom of the 17. 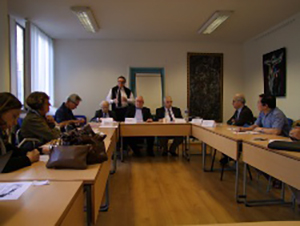 The steps leading to the beatification of December 2016 are an interesting example of a relationship between a State and a religion, in this case the Roman Catholic Church. To achieve the possibility of a celebration in the capital Vientiane, it took long and patient mutual educating, passing through progressive exchanges, through which a common language was developed. It was a question of presenting the idea of the beatification with words that honor what is specifically Christian while being understandable to the communist political powers: the veneration of ancestors and the meaning of death, two elements so important in Asian cultures, established this common understanding.

The speaker also emphasized the important role of the mediator, namely the little Church of Laos: the bishops, who, from the beginning, had a clear and unified position, often torn between the communist government of Laos and the people at the Vatican! It is thanks to their discreet but persistent will that the celebration took place in Laos and not somewhere in Europe. But we must also mention the laity, especially the small team responsible for leading the discussions with the government. It was they who were able to deploy their treasures of ingenuity and patience able to establish bridges between the two partners. (www.oblatfrance.com/)

Fourth meeting in Rome – Committee For The Constitutions And Rules
Blessing of the “Félix Erviti” OMI Library : Mediterranean Province – Spain