The Association of Oblate Institutes of Higher Learning (AOIHL) executive held its 12th annual meeting the week of June 3-7 at the Provincialate of the Province of India in Chennai.   This was the first meeting to be held in India and it was a great opportunity to meet Oblates from the Indian province and share with them about their ministry of education. 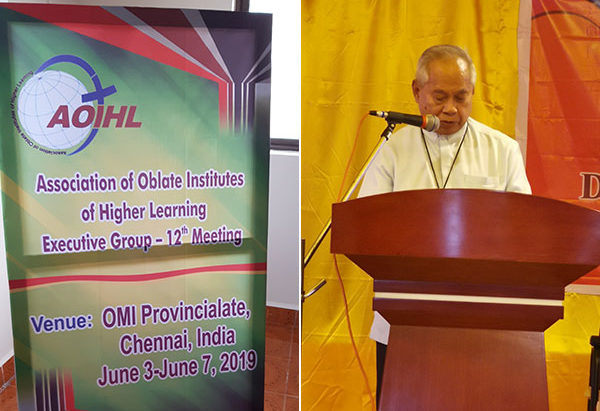 The meeting was well attended by almost all the members, including the directors of two new members of the executive from the De Mazenod Institute of Philosophy in India and the Oblate Institute of Higher Learning in Sri Lanka. During the week the Kusenberger Chair of Oblate Studies Lecture was also held at a retreat centre nearby, the keynote speaker being Orlando Cardinal Quevedo, OMI from the Philippines.

The Kusenberger lecture was well attended by many Oblate priests and brothers, lay collaborators, formandi and other men and women religious including from the Daughters of Mary Immaculate and the Missionaries of Mary Immaculate. 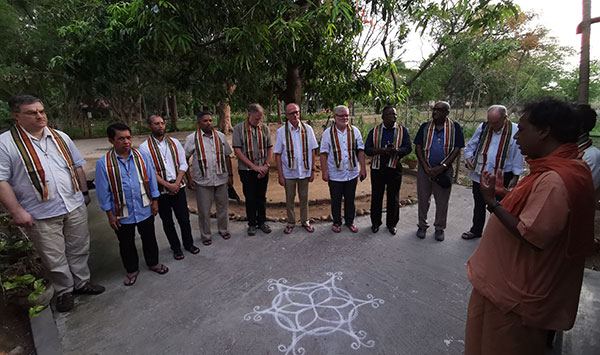 The AOIHL members also visited the De Mazenod Institute of Philosophy, the Oblates’ Aanmodaya Ahram and St. Paul Scholasticate.  The AOIHL executive members are very appreciative of the kind hospitality and warm welcome extended by their brother Indian Oblates.