This is the first in a series of articles that will be posted on our website, mainly focusing on the creative projects that the Missionary Oblates in various countries launched during this period of worldwide pandemic, COVID-19. These articles are based on the information sent by the Oblate Units, responding to our request to share such stories with us. We kindly ask Oblates to send us more such interesting stories so that we can consider publishing them on this website.

“Social media is like the new Areopagus of contemporary times. It cries out for the missionary presence of the Church. Among the numerous voices which fill this media…, the Gospel must find its place to propose Jesus Christ.” (Acts of the Chapter 2016, n.71) 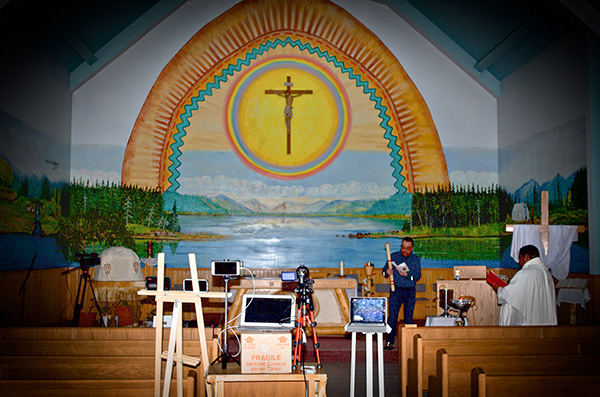 Preparing for a Live Streaming – Canada

That is how the 36th General Chapter of the Missionary Oblates of Mary Immaculate reaffirmed the commitment of the Congregation to social media evangelization. It provided the perfect launching pad for many Oblates interested in this field to discover other ways of being close to the people. This enthusiasm took new wings during the coronavirus lockdown. As a result, Oblates made their presence in social media and other digital media even more profound and significant during this trying time.

One common feature found in many Oblate Units across all of the five Oblate regions was to Livestream Eucharistic celebrations bringing Jesus to the very homes of the faithful – at least virtually. Many may have initiated this task planning to discontinue it after Holy Week, but the keen interest of the people prompted them to change their plans and continue with such livestreaming services.  Facebook and YouTube were the most common platforms used for that task. 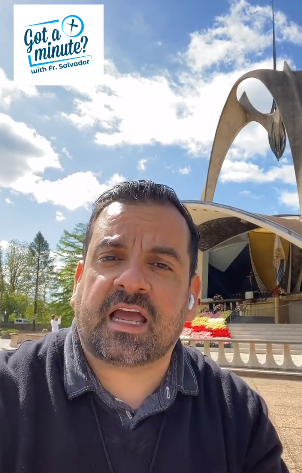 However, some Oblates who are active on Twitter, Instagram, and Periscope, made use of their favourite application for social media evangelization. Fr. Salvador GONZALEZ is one such Oblate.  He inspired many on Twitter and Instagram with his novel concept called “Got a minute?” – Short one-minute reflections that are capable of nourishing his audience with a quick “spiritual snack” for the day.

Many formation houses, especially the Scholasticates around the world (e.g. Bangladesh, Paraguay, Jaffna, the Philippines, Indonesia, Italy, Cameroon, Brazil, Australia, etc.) livestreamed various prayer services and devotions as well.  They included Eucharistic Adoration, the Way of the Cross, a Divine Mercy novena, veneration of the cross, the Rosary, etc.

Some Oblate Units were able to bring together many of their members – young and old alike – to contribute to some common online media projects. The Oblates of the Anglo-Irish Province have been taking turns to conduct morning and night prayer online. The Province of the United States did something similar, getting some of the Oblates and Oblate Associates to share short reflections during Lent.

Many OMI communities working in parishes also became very active on social media during the last two months, so that they could be close to their parishioners, irrespective of the fact that the churches were closed. The OMI community in San Leandro parish in Madrid, Spain, launched an online project called “Una Cuaresma única” during Lent to keep the community close to the Word of God and to one another. A couple of Oblate parishes in the Province of OMI Lacombe (Canada) offered online Bible Study sessions, mainly targeting their parishioners locked down at home. St. Patrick’s Parish in Hamilton, Ontario, dared to launch a new website, solely to provide the faithful services online. One Parish in Haiti divided the community into small prayer groups and provided them with material to pray together ‘virtually’ via a social media platform they agree upon as a group.

Fr. Jean-Baptiste MALENGE: “Life in the Face of Coronavirus,”

Some individual Oblates and some communities have initiated audio podcasts as well in the past two months. A podcast in German (www.rausausdenfedern.de), kicked off on Ash Wednesday, providing short weekday reflections for the entire Lenten season. Although the original plan was to end this project on Easter Sunday, on popular request they have continued it up to this very date. Twice a week, on Mondays and Thursdays, a new podcast will be aired.  The Oblates in Czech Republic (which is part of the Central European Province) also ran a similar programme in the Czech language. Fr. Jean-Baptiste MALENGE, from the Province of Congo, also initiated a podcast to reach out to the faithful. He produces a daily half-an-hour program, and shared it on “SoundCould”. This programme, titled “Life in the Face of Coronavirus,” aims at educating people in order to help them make sense of their life as they are quarantined at home. 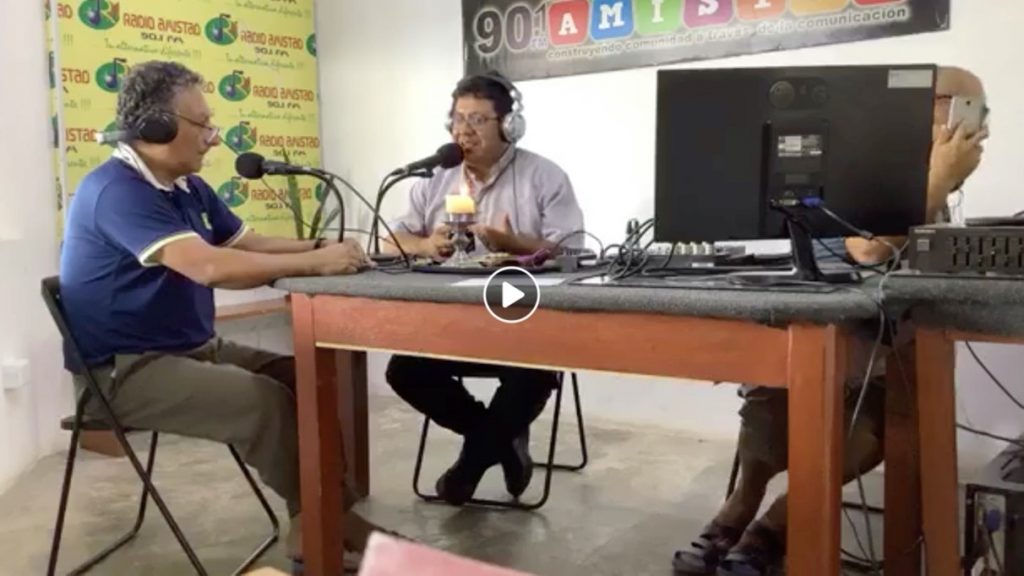 The Oblate Units who run radio stations also made use of the occasion to be more creative. Radio Pa’iPuku and Radio Santa Teresita are two of such radio stations that the Province of Cruz del Sur (South America) administers.  They not only started to broadcast liturgical celebrations on a daily basis, they also transmitted special awareness programmes to targeted audiences among the indigenous and non-indigenous communities. Fr. Charles Tumo MATSOSO, the director of Radio Maria Lesotho, is at the forefront in educating the Basotho on coronavirus. He also invites Oblates and other experts to deliver messages of hope and to urge people to be in solidarity with the whole world, even though Lesotho has not yet reported a single case of a coronavirus patient. In the mission territory of Aucayacu, in Peru, the Oblates have an educational radio station: Radio Amistad. Apart from broadcasting live Eucharistic celebrations and other devotional programmes, it started to educate its listeners on Pope Francis’ apostolic exhortation “Querida Amazonía” (“Dear Amazon”). Some of the Oblate parishes in the Province of Notre-Dame-du-Cap in Canada serve the First Nations. Until Easter Sunday, almost all major religious activities were broadcast through the community radio stations. In the meantime, several Oblates in Haiti too actively participated in some of the country’s leading Catholic radio programmes.

If radio is not the preferred tool of the young, the Oblates knew where to look for answers: WhatsApp! New WhatsApp groups began to be created with the intention of sharing the Good News, especially among the youth. In Asuncion, Paraguay, Oblates launched a WhatsApp campaign called “Easter at Home,” targeting mainly the youth in remote areas who may not be that interested in watching livestreamed Masses or things of that sort. Oblate Parish Priests in South Africa reported that their parish WhatsApp groups grew with requests from other non-Oblate parish communities as well. With a little support from their shepherds, people themselves formed such virtual groups spontaneously, enthusiastically giving support to those who felt cut off.

Among social media, LinkedIn is a platform that mainly targets professionals and business owners. Even though it is not very popular among the clergy and religious, some Oblates made their presence felt on LinkedIn during the lockdown. Fr. Ali NNAEMEKA from the Canadian Province of Notre-Dame-du-Cap is one of them. In order to reach out to the set of people of that caliber, he now shares his expertise and experience about prayer and spiritual life with them. 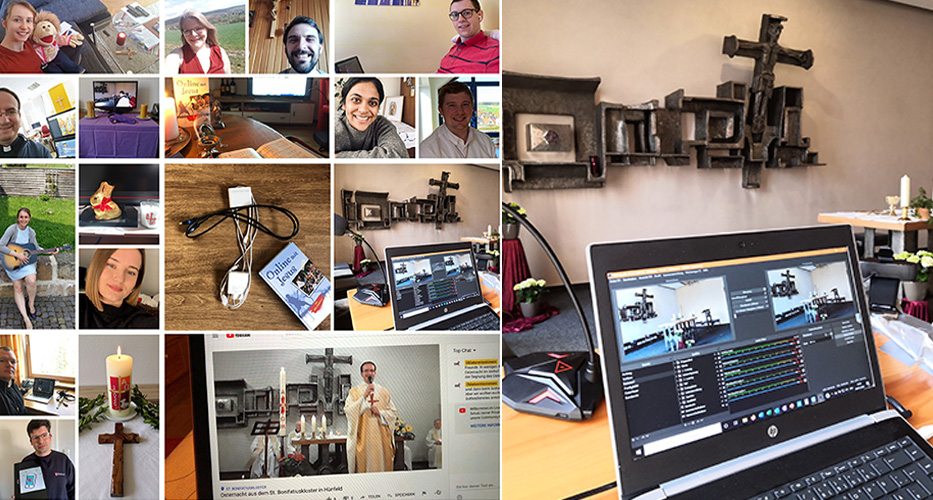 Online retreats were another innovative act to which some Oblate Units committed themselves during the COVID-19 epidemic. Poland conducted online retreats for adults as well as for youth. Another online retreat was conducted by an Oblate in the Province of Cruz del Sur for six consecutive days. It was called “Camino de Esperanza” (Journey of Hope). Several other Oblate parishes across the world conducted webinars / online spiritual conferences to parishioners. The Province of Cruz del Sur is looking forward to the week of prayer for Oblate vocations, as they are all set to go online with 9 days of video conferencing via Instagram. In Japan too, the Oblates conducted online Bible Sharing Sessions.

In some countries, one main mission of the Oblates is the education of children. As schools are closed down, Indonesian Oblates working in schools organized a common programme to conduct “home-school”. Our colleges in countries like Australia and Brazil would do the same. 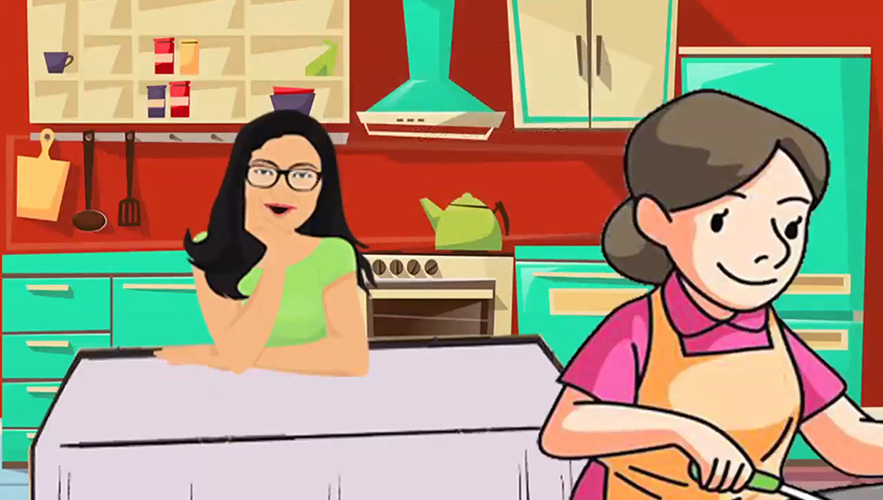 This article would not be complete if we do not mention other unique and bold media initiatives. At the Shrine of Saint Rochus in Bingen, Germany, Fr. Günther KAMES designed a special ‘Coronavirus Way of the Cross’. The Oblate Youth Chaplains of the Central European Province invited young people to a ‘virtual walk’ titled “Towards Easter”. With the help of a Messaging App called ‘Discord’, they created a platform to meet the Province’s Oblate Youth online. Meanwhile the Oblate youth group in the Province of Colombo (Sri Lanka) did short animation videos to conscientize youth as to how productively they could make use of their time at home. The Province of Jaffna (Sri Lanka) dared to ‘think out of the box’ and pray the Liturgy of the Hours online so that the lay people, especially the Oblate Associates, could join them. A key contribution the Oblates in Ukraine make is to run the EWTN Ukraine Catholic television station. They came out with many new ways to evangelize Catholics, as many turned to the solace of the TV channel due to this unprecedented situation. The community of Oblates in Brussels, Belgium, started a daily vlog named “Courageous” on the very first day of lockdown and now it contains more than 40 episodes. There were also coronavirus songs shared on YouTube! The Indian Oblate, Fr. Joseph Thambi PENUMALA, has composed such an awareness song in the Telugu language. The Oblate youth in Assumption Province Canada began a daily Youtube video initiative called “60 seconds with the saints”. Everyday they feature a new saint found in the Oblate parishes presenting their lives in a short 60-second video.

The Scholastics in Indonesia were arguably the first Oblate community of first formation to make their presence in TikTok, a Chinese video-sharing social networking service that is now popular around the world.

INDONESIA – Our Oblate Scholastics together with their Superior are happy to explore all the available social media platforms to be in touch with the youth – including TIKTOK !!!

Certainly, many other social media initiatives taken by the Oblates are not recorded here. However, the intention was not to record each and every one of them in detail, but to provide encouragement, so that we continue to “leave nothing undared” for the sake of the Gospel.